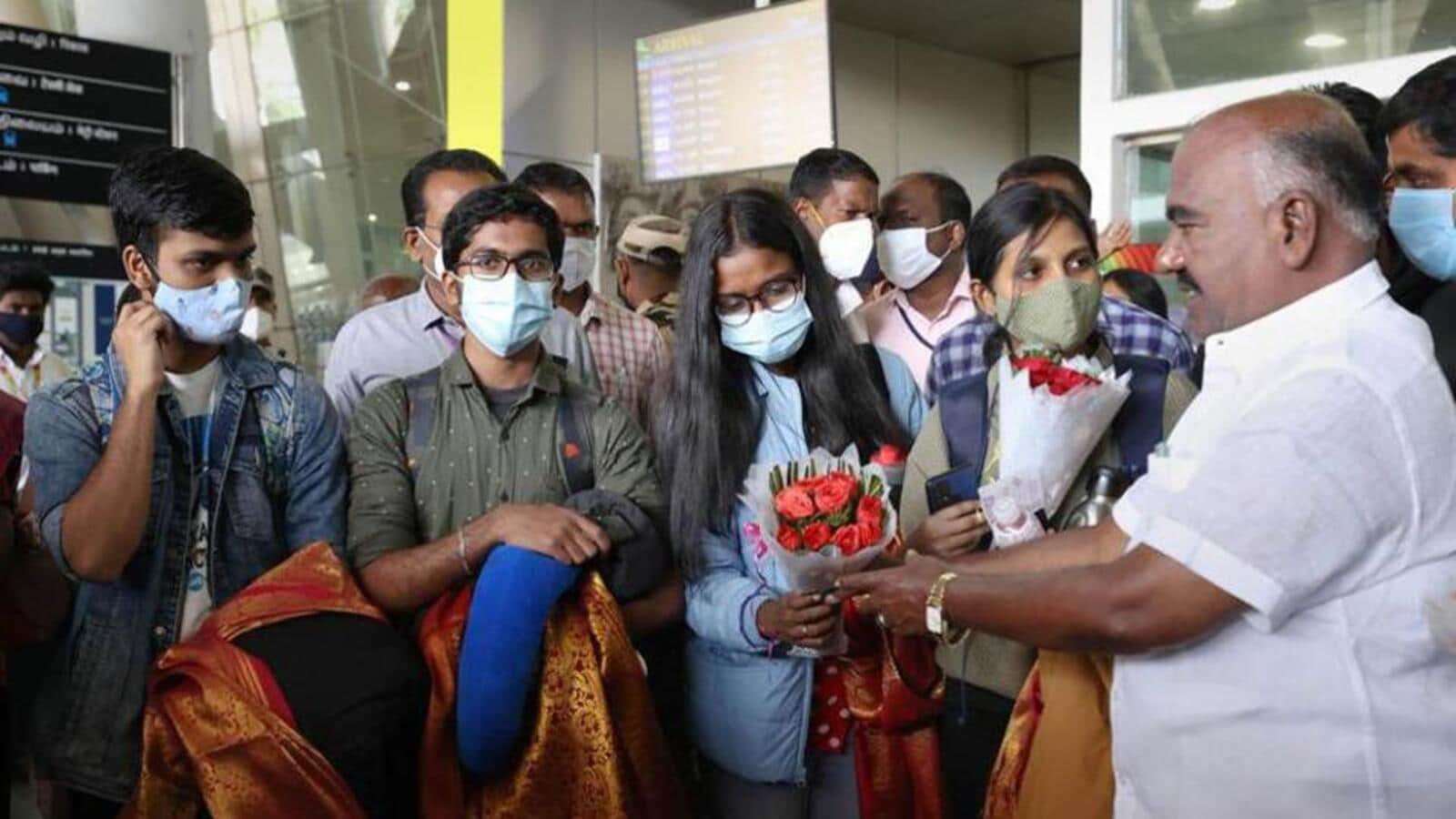 As many as 15 students belonging to Telangana arrived from Ukraine in Hyderabad via Mumbai, amidst emotional welcome by their parents and relatives at Rajiv Gandhi International Airport at Shamshabad on the city outskirts on Sunday.

These students were part of 218 evacuees, who reached Mumbai on Saturday night by the first evacuation flight of Air India, which had taken off from Bucharest.

One of the students told the reporters that they were relatively safe, as they were in the western side of Ukraine. “We crossed the border to reach Romania by bus and from there they boarded the flight,” she said.

The students said the Indian embassy and the authorities of their universities rendered all the assistance for their return. “But there are many other students who are caught in the eastern side. Some of them are confined to hostels and others in bunkers,” another student said.

Minister for industries and information technology K T Rama Rao expressed happiness over arrival of the first lot of students from Ukraine. “We are receiving multiple requests from parents and students. Will ensure all of them are attended to as early as possible,” he said.

A total of 23 students from the state have returned to India. Some more students will be reaching Hyderabad by Monday morning.

Meanwhile, in Andhra Pradesh, as many as 17 students arrived from Ukraine in three batches and are presently being rested at Andhra Pradesh Bhavan in New Delhi. “The first batch of 12 students landed at 5 am, followed by four students at 11.30 am and another by 6 pm. They will all be returning to their respective places in AP by Monday,” an official note said.

Similarly, four other students from AP also landed in Hyderabad via Mumbai on Sunday were also from Hyderabad. Of them, three flew to Vijayawada and another to Tirupati by evening.