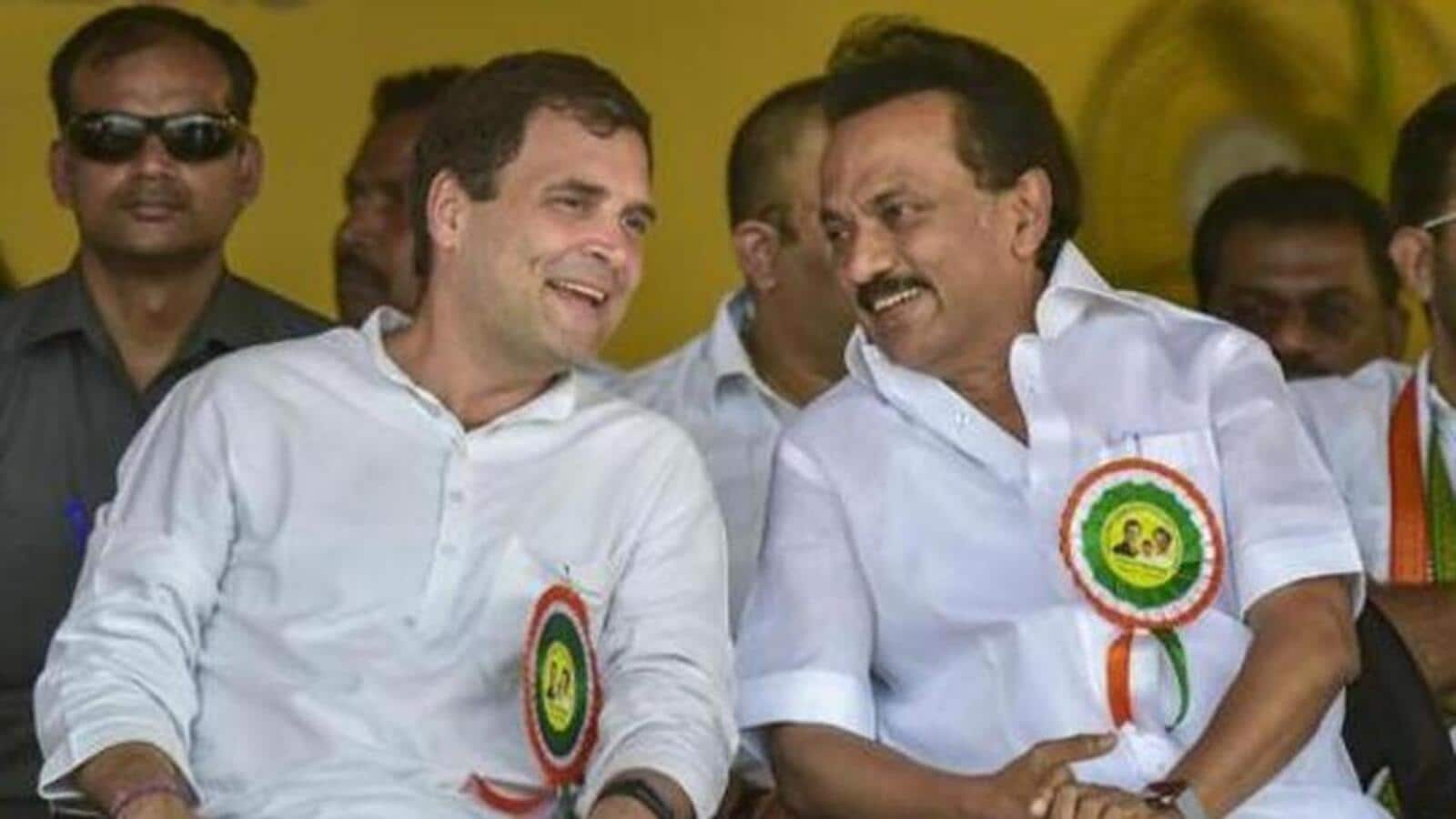 Besides Rahul, Kerala chief minister Pinarayi Vijayan, Rashtriya Janata Dal leader Tejashwi Yadav and National Conference leader Omar Abdullah were invited and are likely to attend the launch of “Ungalil Oruvan” (meaning One Among You), the first part of Stalin’s autobiography, at Chennai Trade Centre, DMK functionaries familiar with the matter said.

“I have recorded the first 23 years of my life journey, from 1953, when I was born, until 1976, when I was arrested under MISA (Maintenance of Internal Security Act) during the Emergency, under the title ‘One Among You’. I have recorded my childhood thoughts, school memories, moments of affection with Kalaignar (M Karunanidhi) and my experiences, including the time when my political participation began,” Stalin told reporters on Sunday.

The event comes in the backdrop of West Bengal chief minister and Trinamool Congress (TMC) president Mamata Banerjee’s proposal for a meeting of chief ministers of non-Bharatiya Janata Party ruled states, to forge a front of regional parties against the saffron party at the Centre. Following his conversation with Banerjee on February 13, Stalin, in a tweet, had assured his support and said the meeting of chief ministers could happen out of Delhi. Stalin then had also condemned West Bengal governor Jagdeep Dhankhar’s decision to prorogue the state’s legislative assembly session.

Banerjee, however, is not part of Monday’s event. It was not immediately clear whether the TMC chief was invited for the event.

While Stalin has hailed Gandhi as the future young leader in the past, earlier this month, he had thanked the Congress leader for his “rousing speech in Parliament”, and for voicing the “long-standing arguments” of Tamils.

The two leaders share a warm relationship. Back in 2018, the DMK chief had first proposed Rahul’s name as the opposition’s prime minister candidate for 2019 Lok Sabha election, at a party event. Rahul’s mother and Congress chief Sonia was also present at that event.

The DMK, along with its allies Congress and Left, had also swept the urban local body polls recently.

In a letter to the party cadre on Sunday evening, Stalin described their alliance’s performance akin to scoring a sixer on each ball of an over in cricket.

“DMK’s founder C N Annadurai had said while founding the party that its services would be needed for half-a-century. In the current scenario, the need is more than ever,” Stalin said.

“The DMK’s journey in pursuit of social justice will cover the whole of the Indian Union. The first step towards this is the All India Federation for Social Justice,” he added.

In January, Stalin had written a similar letter to 37 opposition leaders, urging them to join the All India Federation for Social Justice, to fight against religious hegemony and unite for social justice. His invitation was accepted by the Congress, Left parties and Jammu and Kashmir Peoples Democratic Party but the All India Anna Dravida Munnetra Kazhagam (AIADMK).

Meanwhile, the book, which is set to be released on Monday, covers the first 23 years of Stalin’s life – from his birth in 1953 to his arrest in 1976, during the Emergency.

Interestingly, it was Rahul’s late grandmother and former prime minister Indira Gandhi who had imposed the Emergency and subsequently dismissed the then DMK government in Tamil Nadu in 1976, citing non-cooperation of the Maintenance of Internal Security Act.