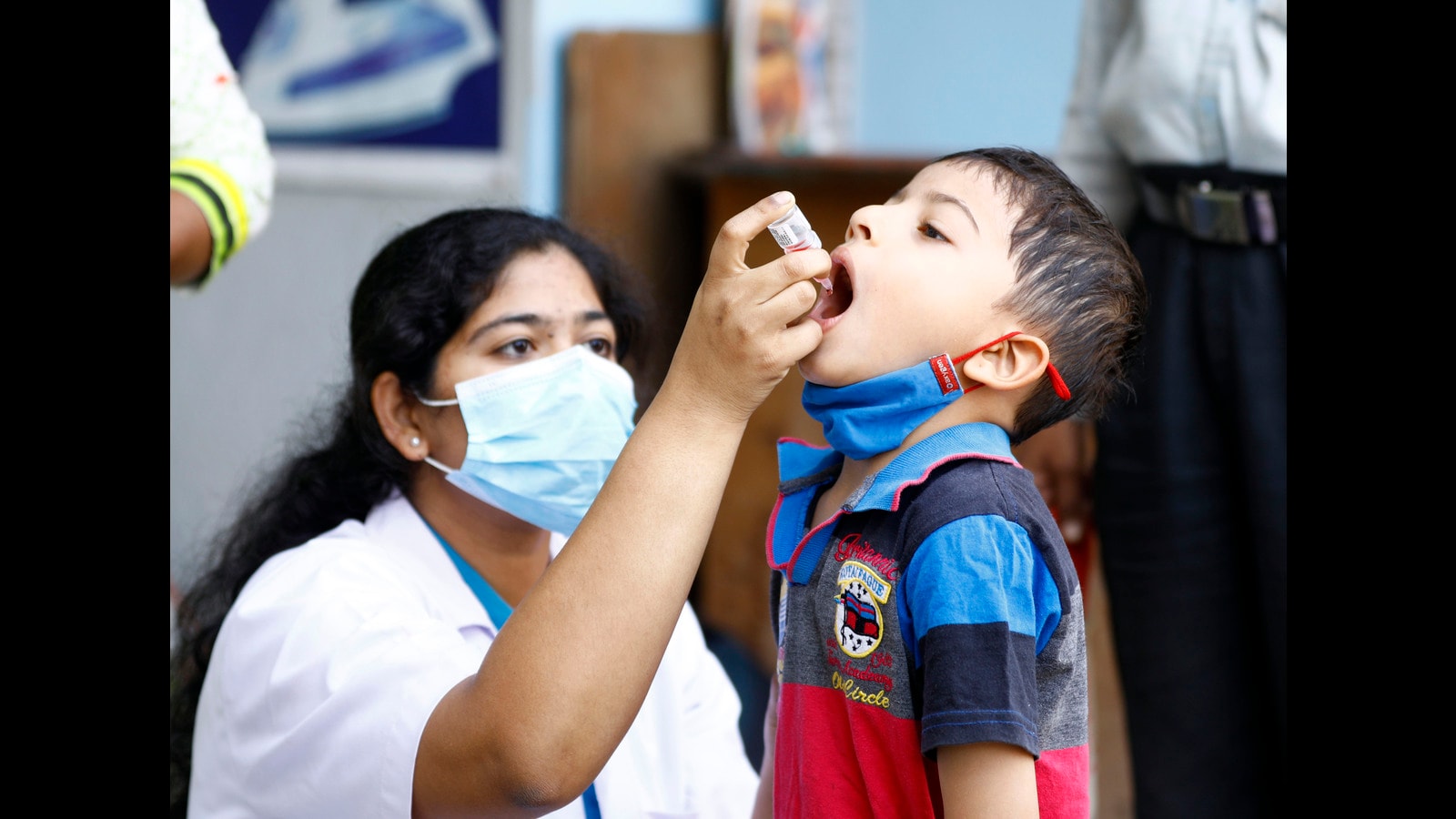 A total of 1,425 booths were set up in the city and 4180 employees were put to task. The PMC also set up multiple transit teams to ensure that every child is vaccinated. The drive was initially to be launched in January but was delayed by a month due to the third Covid-19 wave.

Dr Suryakant Deokar, PMC chief immunisation officer said, “We had set up over 70 transit camps for immunisation at places of crowding like railway stations and bus stops. For the next five days we will have multiple teams conduct door to door vaccination drives. All children under five years of age are eligible to take the vaccine and we request that citizens cooperate with the health officials who might come during house visits.”

In rural areas too the response was good as 98% of the estimated beneficiaries were immunised. Out of the 484,409 estimated beneficiaries in rural Pune, 475,408 got the vaccine. Ayush Prasad, Chief Executive Officer, Zilla Parishad said, “The pulse polio drive has received a great response from the people and vaccines are once again a reminder of how diseases could be eliminated if the entire population is vaccinated.”