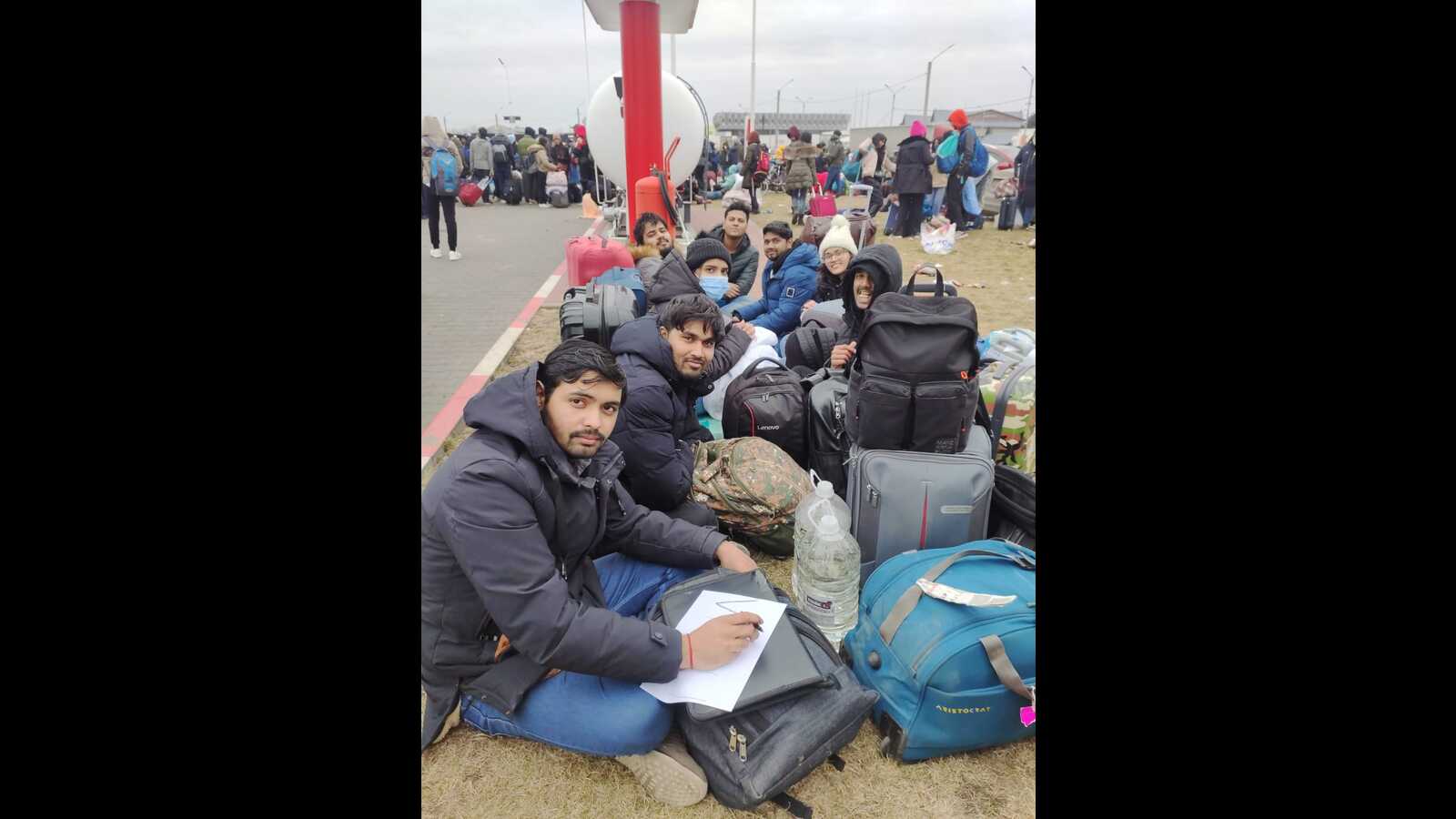 “Hum log Romania border aa gaye hai. Lekin abhi ye nahi malum hum log yaha se kab niklenge,” (We have reached Romania border but do not know when we will move ahead), said Akhil in a text message sent to his family members and acquaintances.

Another MBBS third-year student Amulya Yaduvanshi said, “Officials from Romania are asking for IDs and details about student counsellors/agents. The temperature is minus 2 to 3 degrees Celsius and t is difficult to stand in the open. But we have been standing for hours.”

Later, her mother Yadunandini Singh said, “I spoke to Amulya at around 8 pm. The process has begun to note their IDs and soon she along with several other students will cross Ukraine border.”

The students said there were two restaurants near fuel stations but they were not being allowed there so they were waiting for their turn to cross e border, passing time on the road.

Back home in Lucknow, their parents are worried and keeping track of the movement of their wards from hostel to border. “The process of evacuation has begun and students have moved towards the border but still they are far away from home. We are anxious to see them here safe,” said Yadunandini Singh, mother of Amulya.

The parents are in constant touch with their wards via internet calling. “We speak to them whenever they call, as not all places have good net connectivity on the route,” said Girjesh Srivastava, a pharmacist at the King George’s Medical University, in Lucknow. His daughter is a medical student in Ukraine.

“Many students have come back and we hope the Government of India and those of various countries from where the students have to travel will help bring our children back home safe,” said Yadunandini Singh.