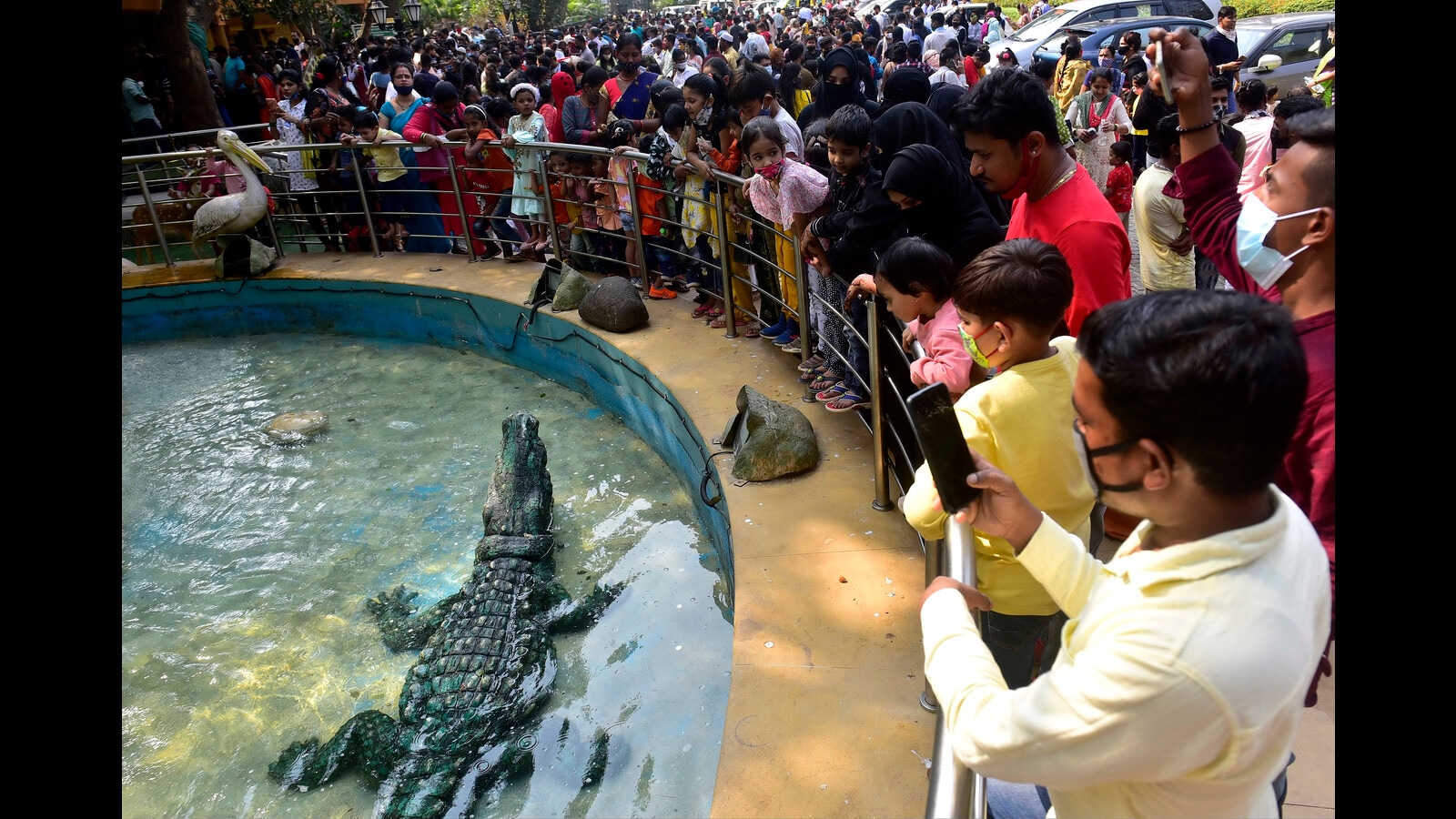 
Mumbai: Less than a month after its reopening, footfall at Byculla zoo has reached pre-Covid levels. According to zoo officials, tigers, leopards and penguins continue to be the main attractions. The zoo was shut for one month from January 10 and was reopened on February 10 after the Omicron-driven third wave subsided.

“The number of visitors has reached the pre-Covid levels and we are seeing average footfall of 15,000 on Sunday and around 10,000 to 12,000 on Saturdays. During the weekdays, visitors’ count is at 4,000 to 5,000. These figures are similar to our pre-COVID visitor count,” said Dr Sanjay Tripathi, Director of Byculla Zoo.

Dr Tripathi said that the response from citizens in itself is proof that the Byculla zoo acted as one of the major attractions for people in the city.

Byculla zoo also plans to procure two pairs of zebras from Ramat Gan Safari Park in Israel. The process is expected to be completed in the coming weeks, added Tripathi.

The authorities had in February 2020 gotten two tigers from Aurangabad zoo. They are kept in a 3,500 square-metre tiger enclosure, which has flora, fauna, landscape and terrain that replicates the conditions in the Ranthambore National Park at Rajasthan. It remains one of the major attractions for visitors.