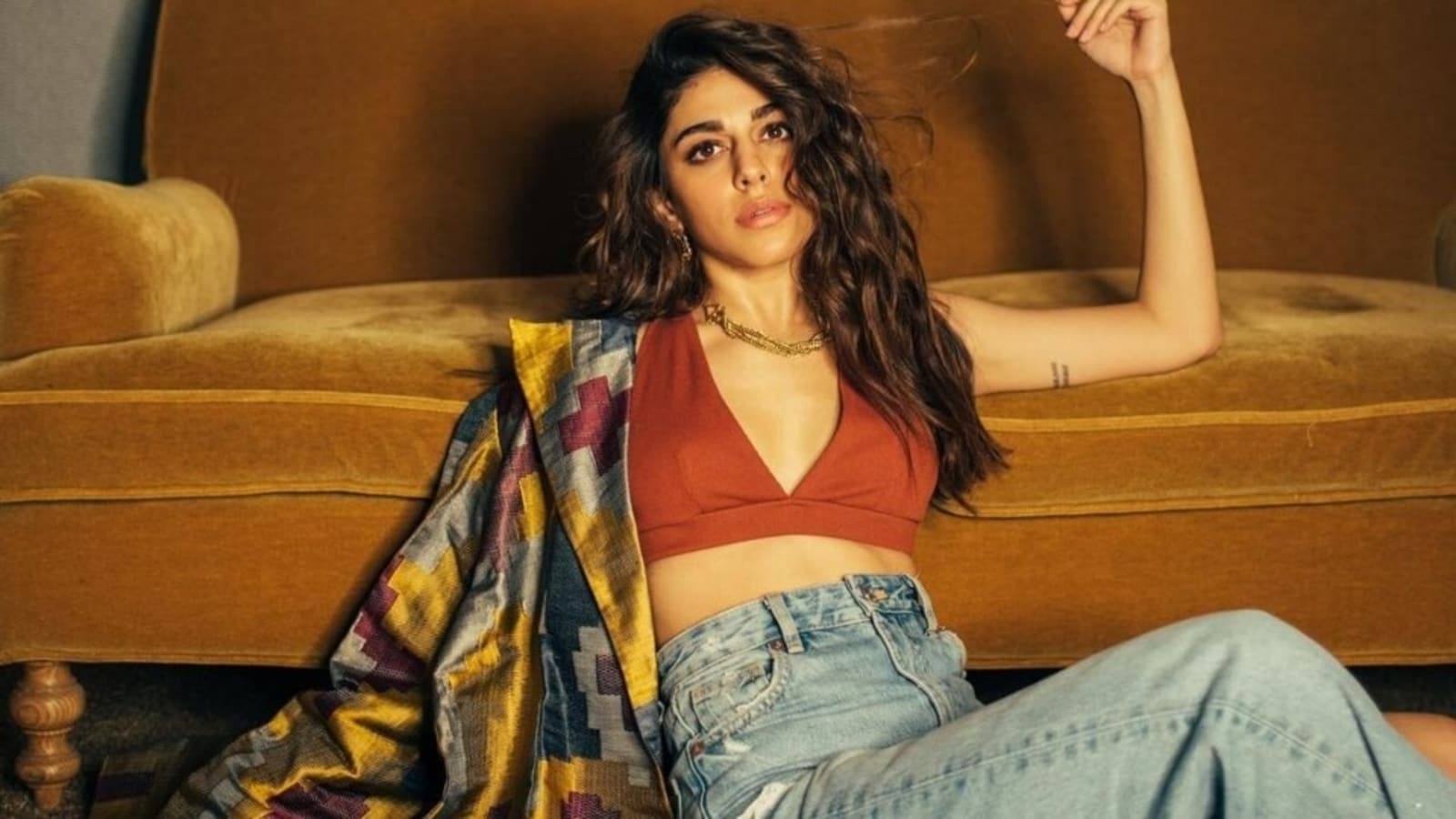 
Actor Alaya F‘s dedication at the gym is one to be admired. The star often shares her progress with fans on social media and inspires them to stay fit. Recently, Alaya tried practising an unsupported headstand during a training session with her coach and shared a video of how it went. She captioned the post, “Wait for it. Saturday mornings with @pujiwoo. A little wobbly still but I’ll get there.”

On Saturday, Alay F posted a clip of herself performing an unsupported headstand or Yoga’s Sirsasana during a workout session with her trainer. She did the workout dressed in a lavender sports bra and tights with her hair tied in a sleek ponytail. Additionally, the post features a funny moment in the end, as Alaya loses her balance and falls. She even joked about the same in the caption.

ALSO READ | Alaya F shows how to be productive without coming out of bed in fun yoga video: Watch here

The clip begins with Alaya standing in a wide-legged stance and leaning her upper body forward with both hands joined in a namaste pose. Then, she places both palms on the floor, walks her hands back, and slowly lifts toes, followed by her body with legs stretched in an inverted split. After this, the star joins her legs in the air and stays in the headstand position. However, Alaya’s body starts wobbling in the end, and she loses balance and falls.

Headstands or Sirsasana pack in many benefits for the whole body. It helps calm the mind, alleviate stress and depression, activates the pituitary and pineal glands, stimulate the lymphatic system, strengthen the upper body, spine, and core, enhance lung capacity, stimulate and strengthen abdominal organs, and boost digestion.

Meanwhile, Alaya F made her debut in the film industry with Jawaani Jaaneman, starring Saif Ali Khan and Tabu. The star has Freddy with Kartik Aaryan and Ek Aur Ghazab Kahani with Arjun Kapoor and Aditya Seal in the pipeline.