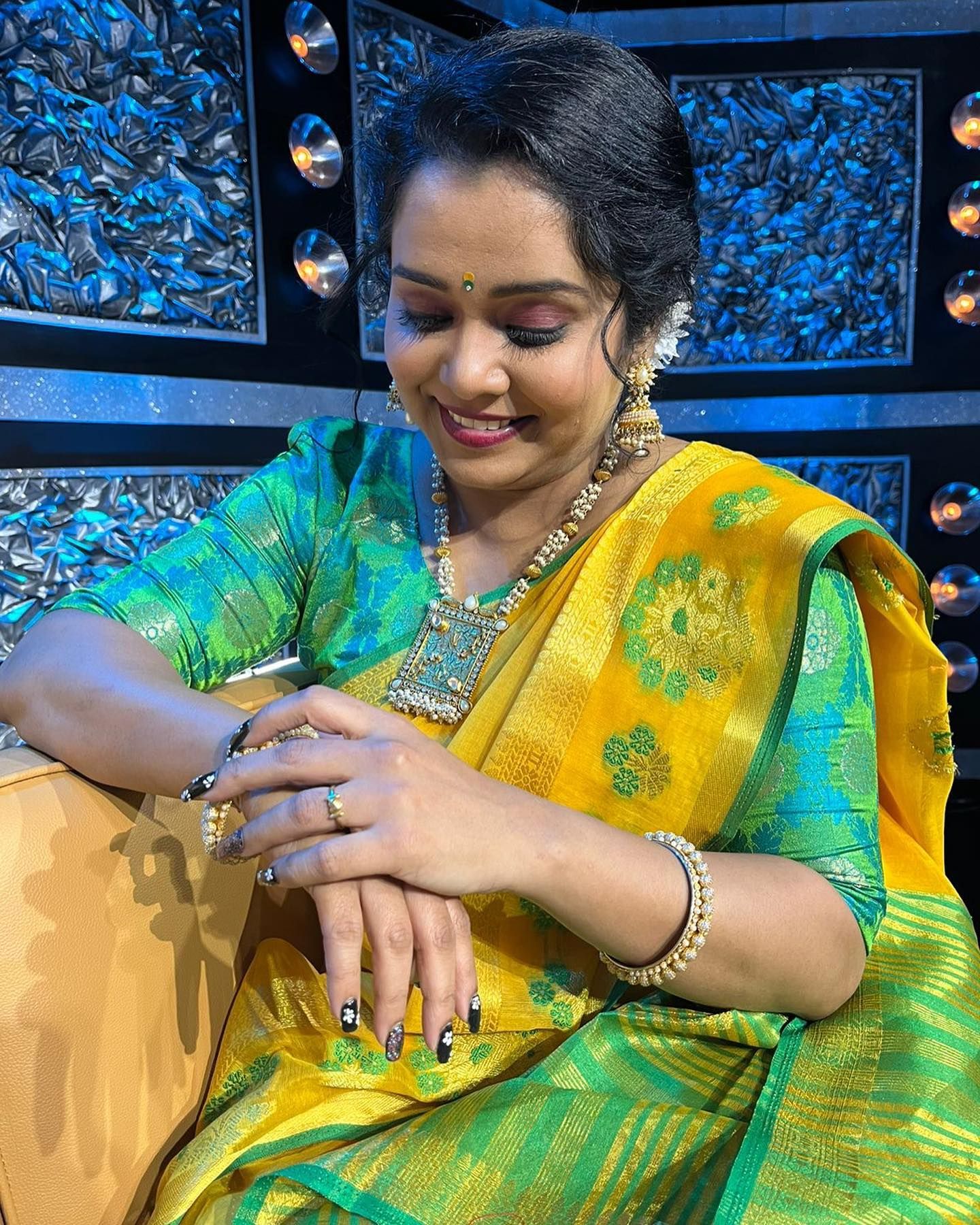 You have laughed with her and you have laughed at her. If you have watched Maharashtrachi Hasya Jatra on Sony Marathi, you are aware of the uber-talented actor Chetana Bhat. While family dramas take up the majority of the screen space on Marathi television, there are exceptions that feel like a breath of fresh air. Chetana and her co-performers on the comedy skit show Maharashtrachi Hasya Jatra are just that. Comical, laughable, sometimes silly but always entertaining.

Chetana began her career as a professional dancer. As a child, she would enthusiastically wait for Ras Dandiya celebrations that coincided with her school examinations. The exams couldn’t stop her from dancing all night. From performing as a professional dancer she moved on to performing theatre. Chetana has been part of popular Marathi plays such as Shubh Dangal Savdhan with Kishore Chowgule and Galti Se Mistake with Sanjay Khapre and Ashish Pawar.

She has no inhibitions when it comes to performing on stage to make a script work. This is the reason why she can perform hysterical characters in her skits on Maharashtrachi Hasya Jatra. From brow raising expressions to ludicrous costumes, Chetana goes the full mile to ensure giggles. As she makes them laugh, she believes her fans get really attached to her as opposed to a character. She makes sure that fans get to know the mundane side of her life as well, as she often shares glimpses of her everyday life on her Instagram. She duly credits the inputs from Socio Panda – her official Marketing partner in playing a strong role in her PR activities, Chetana will soon cross 50K followers on her Instagram.

On the auspicious occasion of Navratri, the comedy star graced her fans with an Instagram live session. Dressed in Yellow, one of her favourite colours, Chetana was visibly excited to be able to interact with fans and answer their questions. Amidst a lot of praise for her comedy skits on the show, a fan asked who her inspiration in life was. Chetana took this opportunity to pay tribute to the inspiring women in her life. She called them the Durga’s of her life.

Chetana hails from the village of Jawhar, Palghar district. It was the village her grandmother came to when she got married. Her grandmother or Aaji as she fondly called her, is Chetana’s biggest inspiration in life. Aaji managed to finish her own education while teaching at an all-girls school in the village. Aaji also had a creative side to her. She sang bhajans. Something Chetana believes she followed in life, only her creative expression was that of dance.

Raised by two powerful women, her mother and paternal aunt, Chetana learnt lessons in sharing and grace. Her aunt sacrificed her own future for her and her brother while her mother who struggled with health issues was always graceful to allow her aunt to do so.

Chetana, married to lyricist Mandar Cholkar, also had a special mention for her mother-in-law. She remembered how on the day of her wedding, she was performing at a play, all because of the support of her mother-in-law. She also mentioned her friends, whom she takes inspiration from in managing her own family. These ladies inspire Chetana to strive both personally and professionally.

Regarding her husband, Mandar, Chetana joked that she assumes all his poetic work is dedicated to her by default. One poem however that he wrote for her was Paus or Rain. The poem talks about how she loves rain and he doesn’t like rain at all.