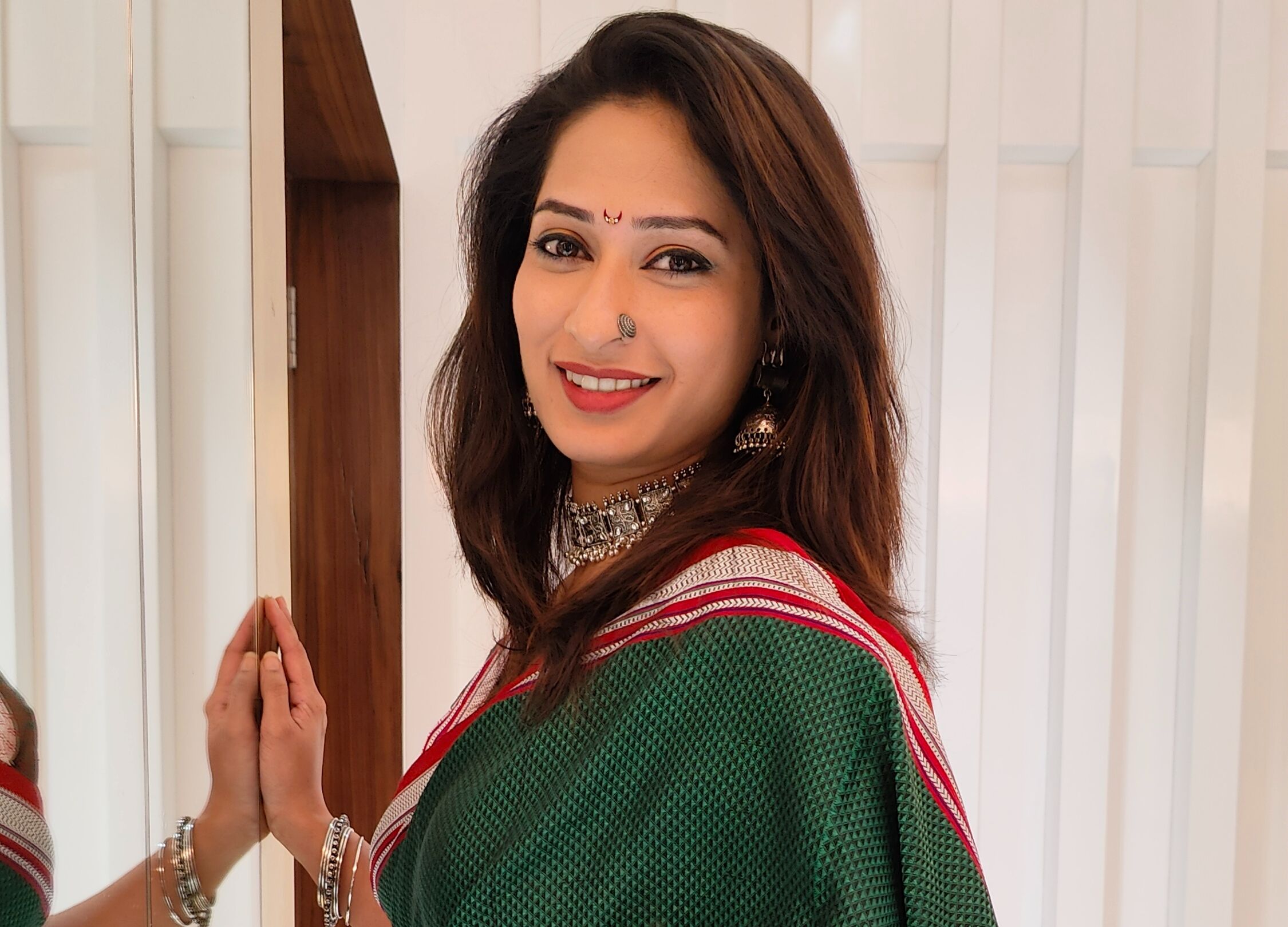 Shivpratap Garudjhep, recently released film, has found a fan in actress Priya Marathe who called it “not just a film, but an experience”. Released on 5th October, the film stars Priya’s co-star from the 2021 show, Swarajya Janani Jijamata, Amol Kolhe, who essays the role of Chhatrapati Shivaji Maharaj yet again. The film is receiving rave reviews and Priya, who has previously worked with the film’s cast and crew, couldn’t help but post a review on her Instagram. Dressed in a traditional Saree, she appeared elated to be reunited with the cast and crew of the film.

Priya is currently seen on Star Pravah’s number 1 rated show Tuzech Me Geet Gaat Aahe as Monika. Aired first on the 2nd of May 2022, the show is a remake of a popular Bengali show that is yet again soaring the TRP charts with Marathi audience. Priya’s character is the negative lead of the show, something that really excites Priya as an actor as she gets to explore all tones of a character and gives her an opportunity to play diverse emotions.

Priya isn’t new to playing the vamp in Indian dramas. In fact her big break in the Hindi television industry was in 2009’s Pavitra Rishta, Zee’s iconic show that remains extremely popular till date. She was also a negative lead in the much loved show Tu Tithe Me on Zee Marathi. Priya narrated an incident to a news portal about her portrayal of Priya Mohite in the show. She mentioned how an elderly lady who was a fan of the show, called her close and slapped her in vengeance for being a disruptor in the lives of the protagonists of the show. She had to explain to her that what she sees on screen is merely acting. While most celebrities will feel annoyed by such an interaction, Priya felt content as her portrayal of a vamp was successful in invoking extreme emotions in viewers.

In an attempt to portray her versatility as an actor, Priya has also dabbled in comedy. She appeared as a stand up comic in Comedy Circus Ke SuperStars on Sony Entertainment Television in 2010. Paired with Sunil Pal, Priya got an opportunity to work with ace comedians such as Kapil Sharma and Bharti Singh on this show.

In a career spanning more than 20 years across industries, she has been a part of very popular Hindi and Marathi shows such as Chaar Divas Sasuche, Uttaran, Bade Acche Lagte Hain, Saath Nibhana Saathiya, etc.

Apart from television, Priya actively enjoys performing theatre. She recently replaced Tejashri Pradhan as the female lead of the hit play Tila Kahe Sangaychay opposite Astad Kale. The play that deals with the inner turmoils of a married couple, had already run for more than 200 shows, when Covid hit. After a break of almost 18 months, Pradhan was unable to join. That is when Priya took the reins over, and according to Astad “was quick to grasp the play”. She also joined the cast of the suspense thriller play A Perfect Murder as Meera.

The Tuzech Mi Geet Gaat Aahe actress frequently shares glimpses of her life on Instagram for her fans and followers. She thanks the guidance of Socio Panda, her trusted and official Marketing partner who helped her amass more than 571k followers on her Instagram. Prathamesh Kulkarni, founder of Socio Panda fondly mentions “Working with Priya is a delight through and through. She is extremely dedicated to her work and fun to be around at the same time” As an active person who enjoys sports, she uses her platform to inspire people to adopt a healthy lifestyle. Her love for coffee and cooking food for friends and family is also very evident in her Instagram stories.