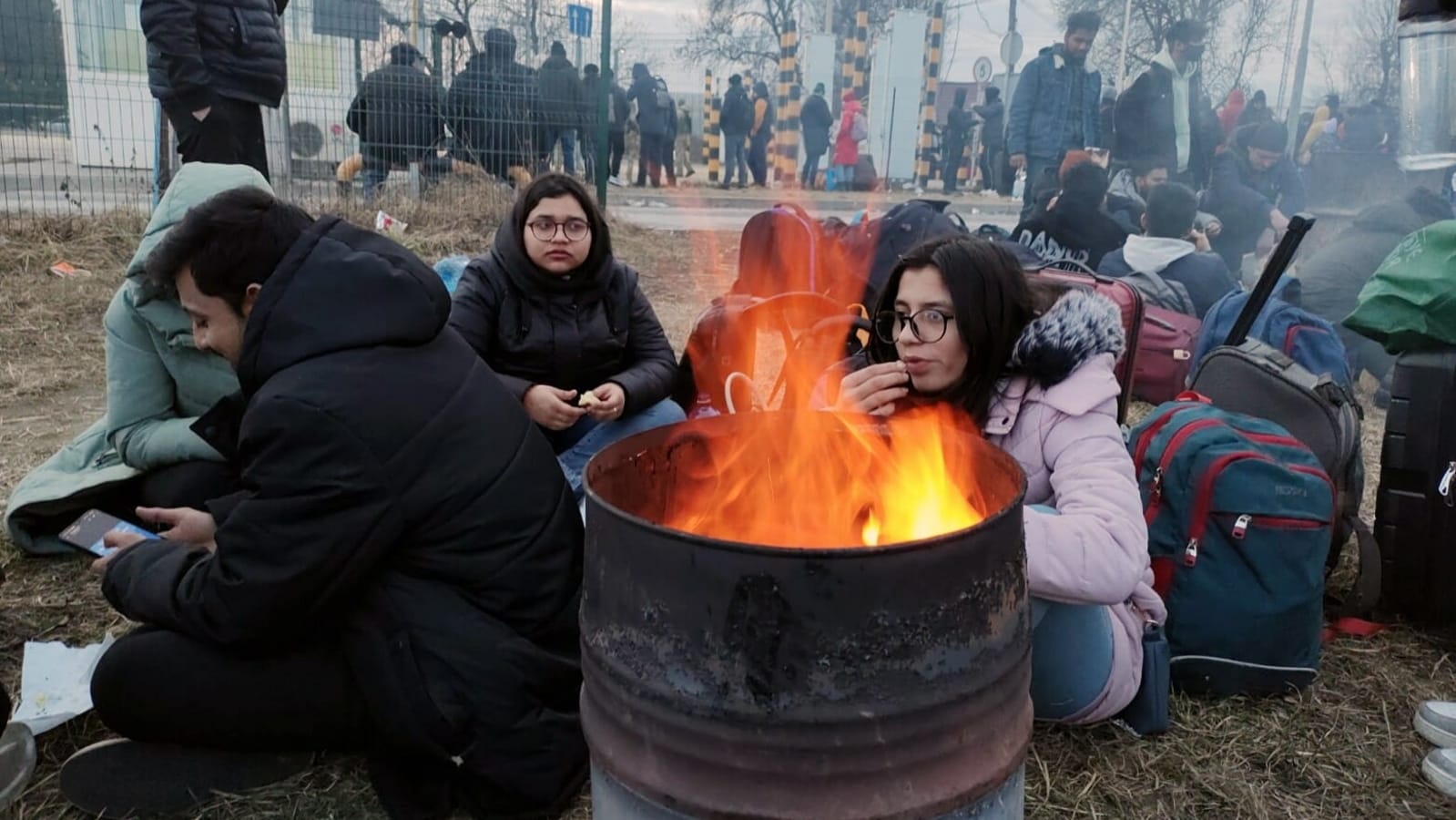 
Indian students stranded in Ukraine posted videos on social media, saying they were running short of food and water and Ukrainian guards at borders were not allowing them to cross over to Poland or Romania, highlighting problems faced by them in the war-torn country.

Most Indian students in Ukraine are enrolled in medical courses as the fees there is one-fourth of those in private medical colleges in India. Some of them refused to return even as the situation worsened in recent weeks, saying they wanted to sit for examinations as online options were not available. Only students whose parents had insisted, had come back in the days before Russia attacked Ukraine on February 24.

Several students have posted videos on social media in the last 24 hours, alleging that the Indian embassy in Kyiv was doing little to help them in getting to the borders or crossing over to neighbouring countries. There were also videos posted by students who exited Ukraine, saying they were provided food and shelter in Romania and Poland by Indian authorities.

A student of Sumy State Medical University in Ukraine, Ishika Sarkar, said in a video that Indians in the area were in bunkers and running short of food.

“Sumy is just 40 km away from Russia and we have been asked to reach the western border, which is impossible for us because the connecting bridges have been blown up due to bombardment… but we are not getting any kind of help in Ukraine,” said the resident of Piplanarayanwar village in Madhya Pradesh.

Sumy is located in eastern Ukraine and is one of the areas witnessing intense fighting. Both Indian and Ukrainian officials have urged Indians in this city to remain in bomb shelters and not to travel till the situation improves.

Aruj Raj, a second-year MBBS student at Karazin National University in Kharkiv, another eastern city that too has seen intense fighting, has been in a hostel bunker with 400 other Indian students since Thursday.

“There is so much bombing happening outside. We can see street fighting through our windows. The city is still under curfew. It is impossible for us to step outside. We hardly have anything left to eat or drink,” he said.

Goyani Dhruvil, 17, a resident of Gujarat and a first-year MBBS student in the western Ukrainian city of Ternopil, was stuck with hundreds of Indian students at Shehyni Medyka border crossing between Ukraine and Poland till Monday afternoon.

“The bus dropped us 40 km away from the border. We walked all the way here only to get stuck for over three days. We have been surviving in this extreme weather without any shelter. We ran out of… drinking water as well…”

Indrajeet, 26, a resident of Haryana, was among hundreds of students at the Ukraine-Poland border. “We have got blisters on our feet after a long walk to the Polish border and we are here for over two days now. If we are trying to go ahead to ask anything from the officials, the security is trashing us,” he said.

Dhruvil and some more Indian students decided to return to their universities after waiting for almost 50 hours at the Polish border.