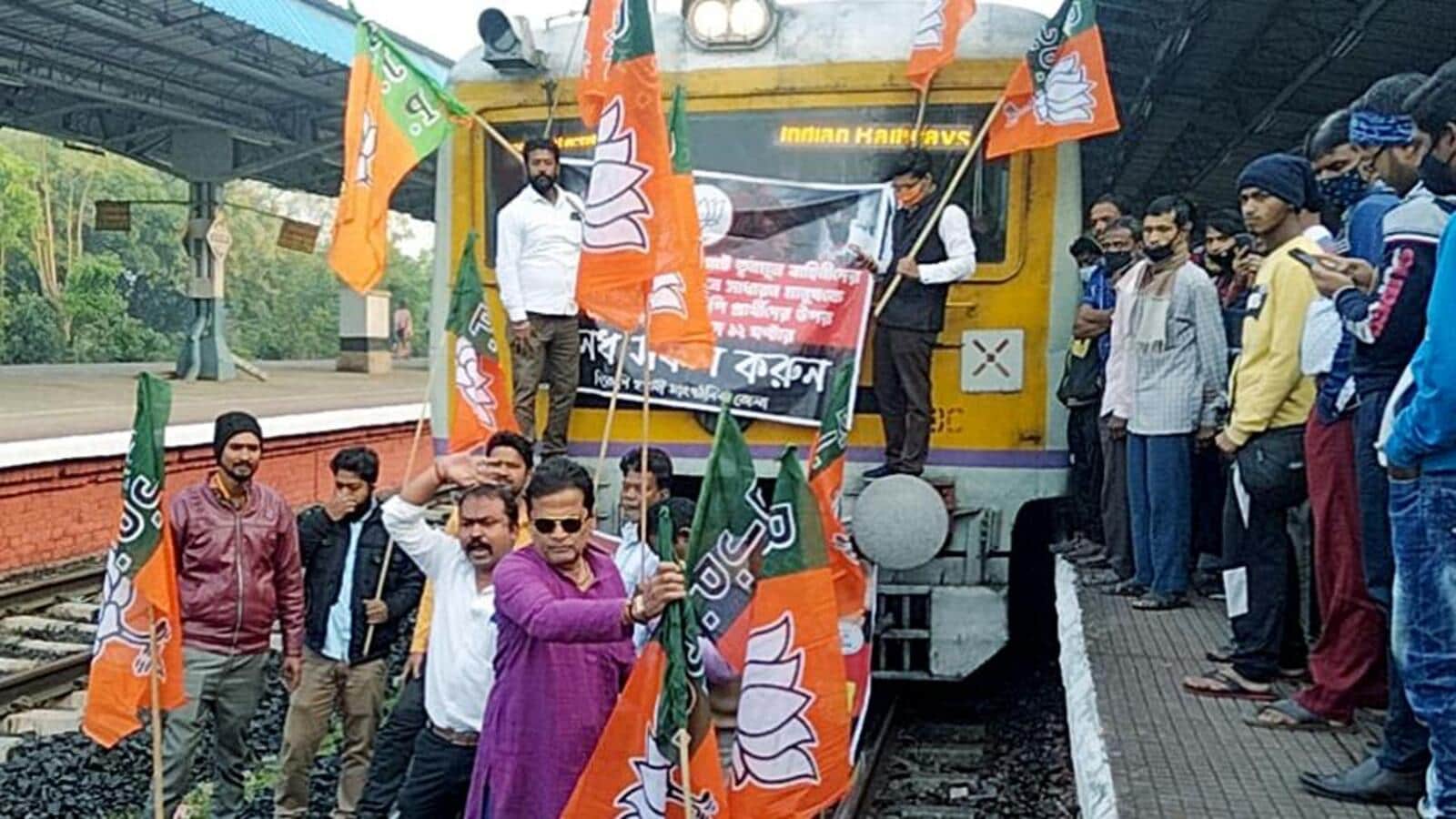 
The West Bengal State Election Commission on Monday ordered re-election in two booths in two separate civic bodies, amidst protests by opposition parties over allegations of violence on Sunday when elections to 108 municipalities were held.

On Monday the Bharatiya Janata Party held a 12-hour state-wide bandh. The bandh evoked mixed response across the state even though it didn’t disrupt much of public life in large cities like Kolkata and Siliguri.

Party workers staged protests and blocked roads and trains in multiple places. In a few places, the police had to resort to lathicharge. The BJP also moved the Calcutta high court demanding cancellation of the elections.

BJP workers blocked roads at many places in Kolkata including Jadavpur, Ultadanga, Bowbazar, Burrabazar, Behala and Kidderpore among others. In the morning trains were blocked at Hooghly. Scuffle broke out between the police and the protestors at many places when the former tried to disperse the crowd.

The CPIM too hit the streets. A team of CPIM leaders led by Left Front chairman Biman Bose submitted a deputation to the state election commissioner over Sunday’s violence.

On Monday, the Governor summoned state poll panel chief Saurabh Das at Raj Bhavan to brief him. Later the poll panel announced re-elections in two booths in ward 33 of South Dum Dum municipality and ward 25 of Sreerampore municipality. The re-poll will be held on Tuesday and counting would be held on March 2. Polls were held in more than 10,800 booths.

“It seems that the chief minister wanted to hold re-polls in two booths and the state poll panel is just acting on the orders. The rigging was peaceful and voting was held in one or two places. The poll panel has totally failed,” said Sukanta Majumdar, BJP president in West Bengal.

The TMC hit back saying that when state Legislative Assembly elections were held in 2021 and central forces were deployed the BJP just got 77 seats after setting a target of 200 seats.

“The people have discarded the BJP, CPIM and Congress. Elections were largely peaceful despite the opposition trying to stage drama knowing well enough that they would lose. The poll panel has ordered re-poll wherever the voting was disrupted. The poll panel cannot order re-poll on the basis of allegations made by the opposition,” said Kunal Ghosh, TMC spokesperson.