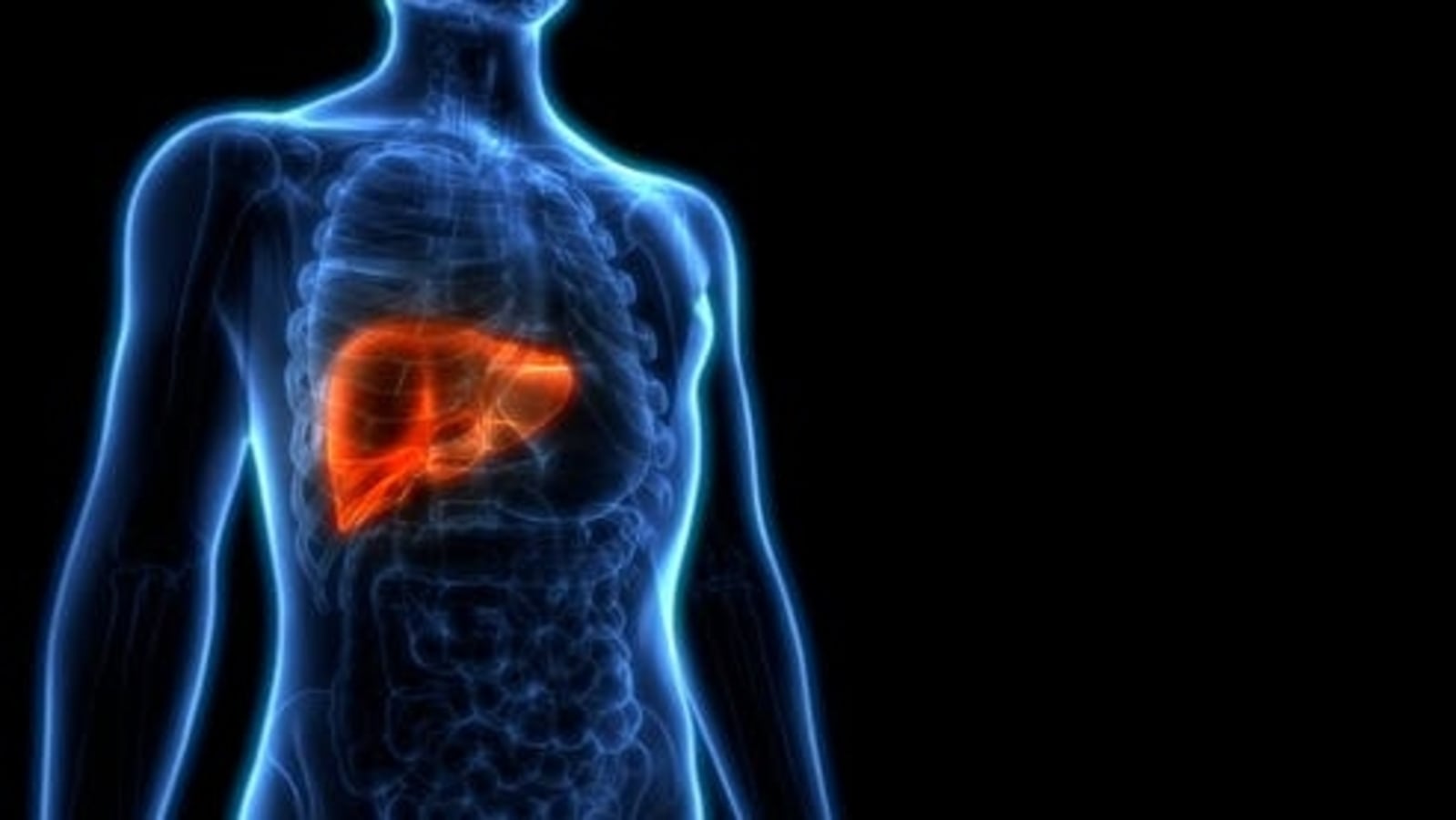 
Apart from removing toxins and other chemical waste products from the blood, the liver is also responsible for continuously filtering blood that circulates through the body and converting nutrients and drugs absorbed from the digestive tract into ready-to-use chemicals. The liver is one of the largest and most extraordinary organs in the body as it is a super organ that performs innumerable health functions while all other organs have specific or limited functions.

Till date, over 500 functions have been attributed to the liver and scientists say more may be discovered over time. The most important function of the liver is processing of all that we consume, whether it be food, alcohol, drugs or poisons and the liver gets damaged by all the toxins we consume. Infections in blood also reach the liver and inflict damage while many other disease processes, inflammations and diseases, including cancer in other organs, also target the liver.

In an interview with HT Lifestyle, Dr Gaurav Chaubal, Director – Liver, Pancreas, Intestine Transplant Program and HPB Surgery at Global Hospital in Mumbai’s Parel, listed possible symptoms that one should never avoid. They include:

1. Yellowing of your skin and eyeballs (jaundice)

2. Pain in your upper right abdomen.

Explaining that fatty liver is accumulation of fat in the liver which can cause damage to the liver and may gradually progress to liver failure, Dr Sulaiman Ladhani, Consulting Chest Physician and MD Chest and Tuberculosis at Masina Hospital in Mumbai’s Byculla, elaborated, “It can be either due to excessive alcohol consumption or non-alcoholic fatty liver disease. It mainly occurs in overweight or obese people. Diabetic patients are at a more risk of having a fatty liver.”

He added, “Fatty liver is a result of abnormal merabolism and excess calories, fat absorbed from food which is transported to the liver and ultimately stored in the liver as fat. There are no symptoms of non-alcoholic fatty liver disease therefore it is called as a silent disease. It is usually identified coincidentally in ultra sonography or fibro scan.”

Dr Sulaiman Ladhani and Dr Gaurav Chaubal spilled the beans on the different stages of liver disease or fatty liver. They are:

Stage 1. Simple fatty liver – It occurs when the liver starts to build up fat. There is no inflammation or scaring in the liver at this point. There are no symptoms in the early stage. Thus many people are unaware that they have fatty liver. For many people, fatty liver does not progress with an unhealthy liver. With healthy diet and regular exercise, excess fat in the liver can be reduced. It is observed that approximately 10-20% of people with this simple fatty liver will go on to next stage.

Stage 2: Inflammation – Steato hepatitis occurs when the build up of fat in the liver cells is accompanied with some amount of inflammation. It affects around 5% of the population. If the amount of damage tissues increases the liver may eventually struggle to repair it fast enough. In this phase, the ongoing damage to liver cells from a number of agents and diseases cause the liver to get enlarged and the person experiences abdominal pain in the upper right. During this stage the condition may be treatable. However, in people with non-alcoholic fatty liver, there may be no prominent symptoms.

Stage 3: Fibrosis/Scarring – If the inflammation seen in stage 1 is left unchecked, the liver tissues slowly start scarring and the scarred tissue starts replacing the healthy liver tissue. The condition is called fibrosis. Here there is a persistence scar tissue in the liver and in the blood vessels around the liver. The liver can still function quite well at this stage and removing or treating the cause of the inflammation may prevent further progression or reverse some amount of damage. However if the scar tissue starts to replace a lot of normal tissue the function of the liver gradually starts getting affected. During this phase, proper medication and lifestyle changes can reverse the condition to a certain extent.

Stage 4: Cirrhosis of the Liver – At this stage, the scarring is complete and there is no possibility of the liver healing itself now. At this stage the liver stops functioning properly and the symptoms include jaundice where eyes and nails start looking yellow, dull ache in the lower part of the ribs or abdominal distension due to accumulation of fluid in the belly. The person starts losing appetite, weight loss occurs and other organs can get affected like kidneys brain and heart. Scar tissue in the cirrhosis is difficult to remove all though further progression can be halted if the positive agent is removed. Most of the people have early stage of the disease that is simple fatty liver or steato. Only a small number of it goes to next stages.

Stage 5: End-stage Liver Disease (ESLD) – Liver failure is of 2 types – acute liver failure happens quickly with span of 48-72 hours and is generally caused by reasons other than alcohol while chronic liver failure takes a long time to get there and is often caused by alcohol abuse, uncontrolled diabetes, hypertension or obesity. Other commoner reasons being viral hepatitis, autoimmune disease and some metabolic diseases. The cognitive or mental health also gets affected and the person feels confused or disoriented often. ESLD is generally fatal.

Stage 6: Liver Cancer – This results liver cancer which can happen any time in the liver and due to reasons other than liver disease (primary liver cancer). It can also develop during any of the above 4 stages and is not necessarily the last in the sequence. Just like ESLD, liver cancer is also fatal unless tumour is ablated, resected or liver transplant is done.

All you need to know about liver transplant:

Dr Gaurav Chaubal shared, “By and large liver transplant is required in three scenarios. First, when liver cirrhosis progress and symptoms are worsening despite medical treatment. Secondly, when other organs also start getting involved due to cirrhosis namely brain, kidneys and coagulation. Thirdly, when liver cancer develops on the background of liver cirrhosis.”

Dr Akash Shukla, Director, Hepatology at Sir HN Reliance Foundation Hospital revealed that following liver transplantation, there are 3 things which can affect the long term outcomes hence, need to be taken care of. He highlighted, “First, the medicines used to prevent rejection and ensure that the body accepts the liver these are called as immuno suppressant medicines, in the starting there are 3 medications and they gradually come down to just one medication a day beyond 1 year of the transplant but this one tablet has to be continued forever. There is no restriction to the lifespan of the new liver, if proper medication is taken. It can go on for a very long time.”

He added, “The second important precaution that a person has to take is the prevention of infection. The risk of infection is the highest in the first 3 months, and during this period one should avoid unnecessary contacts with people, has to live in a hygienic environment and has to eat well cooked or very clean food. However there is no need for complete isolation, and normal activities of the life can be continued, beyond 3 months the risk of infection goes down substantially and is usually not a problem unless there is a major exposure to a infecting causing microbes.”

The third point to be considered, as per Dr Akash Shukla, is taking care of other organs of the body. He stressed, “While the liver is doing very well, in the long run we need to take care of the other organs of the body and the important metabolic fictions like control of diabetes, blood pressure and ischemic heart disease by lifestyle modification into a healthy lifestyle and nutritious diet. Also, we have to be extremely vigilant about the development of cancers in people who have received organ transplant and for this a regular visit with the doctor and screening for the cancers, especially the head and neck cancers and skin cancers, is extremely important for the longevity of the people after transplants.”

According to Dr Sulaiman Ladhani, all the stages of the liver are associated with increased risk of developing cardiovascular disease such as heart attack and stroke before the liver failure occurs. Therefore maintaining a healthy diet and limiting sugar intake, quitting smoking and intake of alcohol along with exercise will help in the long run.

He advised, “Vitamin E is helpful in preventing further progression. It is very important to have more clarity on that. Diet modification and reduced calories, avoiding fast food, soft drinks and heavy meals must be done. Having healthy meals and increasing physical movement of the body, as advised by the doctor, is imperative. Regular liver check ups and appropriate medications are must. The progression of the disease is slow hence, the lifestyle is managed with proper diet as it can help to prevent the disease to progress further.”

Echoing the same, Dr Gaurav Chaubal suggested, “Making small changes in your lifestyle and eating pattern such as – starting your day right by eating a healthy breakfast, reducing salt and fat intake, avoiding too much processed or junk foods, detoxifying your system by taking a lot of fluids, indulging in healthy snacking, including plenty of fruits and veggies in your diet, avoiding consumption of excessive alcohol and daily exercise are some of the ways to prevent liver disease.”