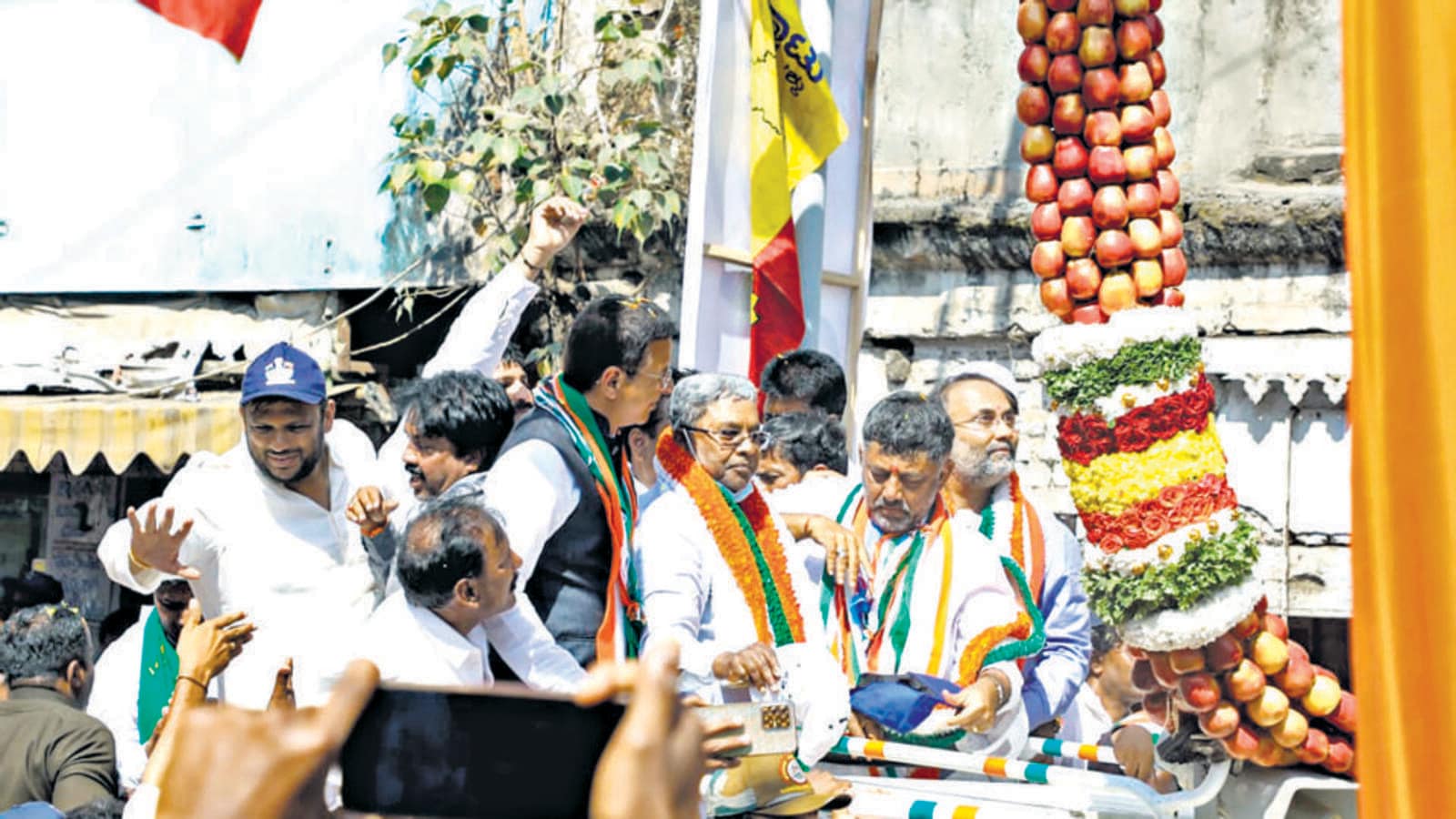 
The Karnataka high court on Thursday pulled up the Basavaraj Bommai-led Bharatiya Janata Party (BJP) government over the Congress padayatra for Mekedatu project, directing that there be no permissions given for protests, meetings or processions that adversely impact traffic flow in Bengaluru, except at the Freedom Park.

“Since there are several issues with regard to holding of processions qua the rules and whether the processions/protests etc., can be held in accordance with the law, having regard to the fact that the processions/protests, etc., have serious repercussions on the city as well as cascading effect on the day to day activity in the entire city, including traffic, etc., pending decision in this petition, we deem it appropriate to direct the state government that no protests/processions/meetings held in the entire city of Bengaluru by any group, political or non-political, except at the Freedom Park, Gandhi Nagar, in an organised manner and ensuring traffic in the city does not get adversely affected, especially during rush hours,” the court said in the order.

The bench said the directions would be in force during the pendency of the PIL petition, initiated by the court in 2021.

The court’s orders came on the last day of the padayatra, which culminated in Bengaluru on Thursday, a day before Karnataka chief minister Basvaraj Bommai presents his maiden budget.

The Congress party’s padayatra has been traversing the breadth of Bengaluru as it tries to drive home the point that the struggle for Mekedatu is to ensure drinking water supply for the city’s over 12 million residents.

On February 28, the Karnataka police booked at least 37 persons, including Karnataka Congress president DK Shivakumar, Leader of Opposition Siddaramaiah, among other senior leaders for violating Covid-19 norms. The Ramanagar district administration had filed the complaint.

For the last three days, the entire Congress party led by its president DK Shivakumar, Siddaramaiah and other leaders have been clogging up the streets.

Congress leaders have apologised for the traffic jams its Padayatre would cause.

“I want to apologise to the people of Bengaluru as there will be traffic trouble in parts of the city for the next three days. But this struggle is important for the better future of the city. The Mekedatu project is essential. It will solve your water-related worries for the next 50 years, DK Shivakumar said on Tuesday.