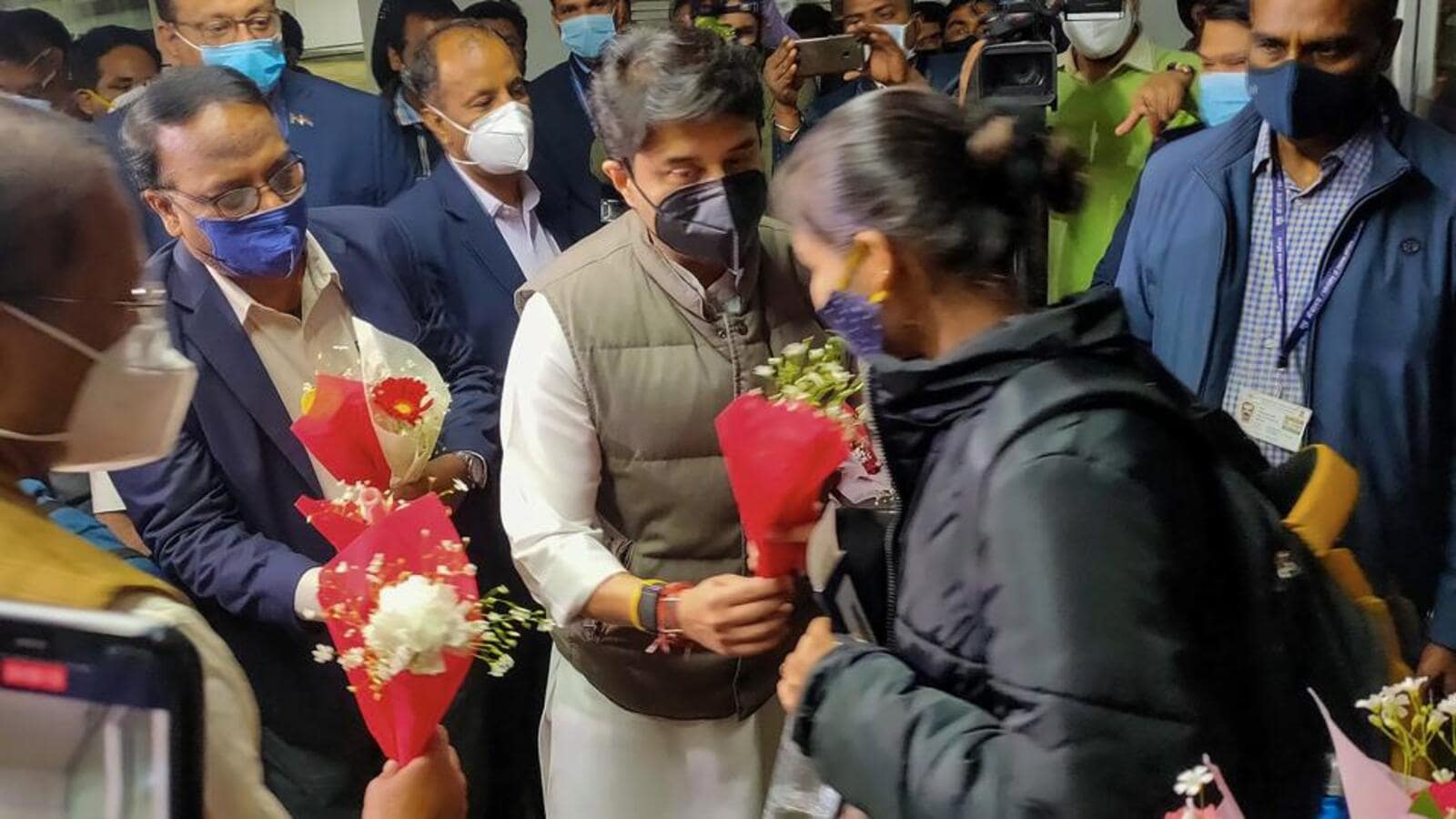 The students were welcomed by civil aviation minister Jyotiraditya Scindia who assured the safety of their friends and colleagues who are yet to be evacuated. Scindia spoke to the students in the aircraft and welcomed them with a hand bouquet near the aerobridge.

Aarushi Mamgain, a third year MBBS student, said that she was worried for her friends who are still stuck at the border. “We were around 250 students awaiting our turn to enter Romania, but now there is chaos at the Ukrainian border and thousands of students have gathered with an aim to return to India. I have been receiving calls from their parents and all this is making me anxious.”

Mamgaim, a Dehradun resident, said that she had her scheduled flight to Delhi the day Ukraine closed its airspace for commercial flight operations. “I was on a train to Kyiv airport when I got to know about it. Though our college helped us get back to the premises and even cross the Ukrainian border, it was a situation I have never seen before and I wish that I never get to face it again. I haven’t slept for four days and yet, I’m worried because my friends are still stuck there in probably a worse situation,” she said.

On evacuating the first batch of Indians, Scindia tweeted, ‘PM Sh @narendramodi Ji, along with all the government agencies are working round the clock to ensure every Indian is brought back home quick & safe. #OperationGanga’

Nidhi Yadav, a Gurugram resident who flew to Kyiv last week, said, “I am a first year MBBS student and I went to Kyiv because my college was to start soon. However, I had to come back a couple of days after landing in Kyiv. We are told that we will have online lectures.”

Bihar’s Amit Kumar who left his hostel on Friday night is still to reach home. Recalling his experience, Kumar said, “It’s been a long, tiring journey. We had to wait at the Ukrainian border for over 3 hours. Most of us were at a petrol pump until we were made to sit in a bus that dropped us at Bucharest airport. It was a 7-hour journey but the government helped us with assistance and food wherever possible.”

According to Air India officials, the third flight is expected to land India (second in Delhi) by afternoon today. A total of around 470 stranded passengers have been brought back to India, while thousands of them await evacuation.