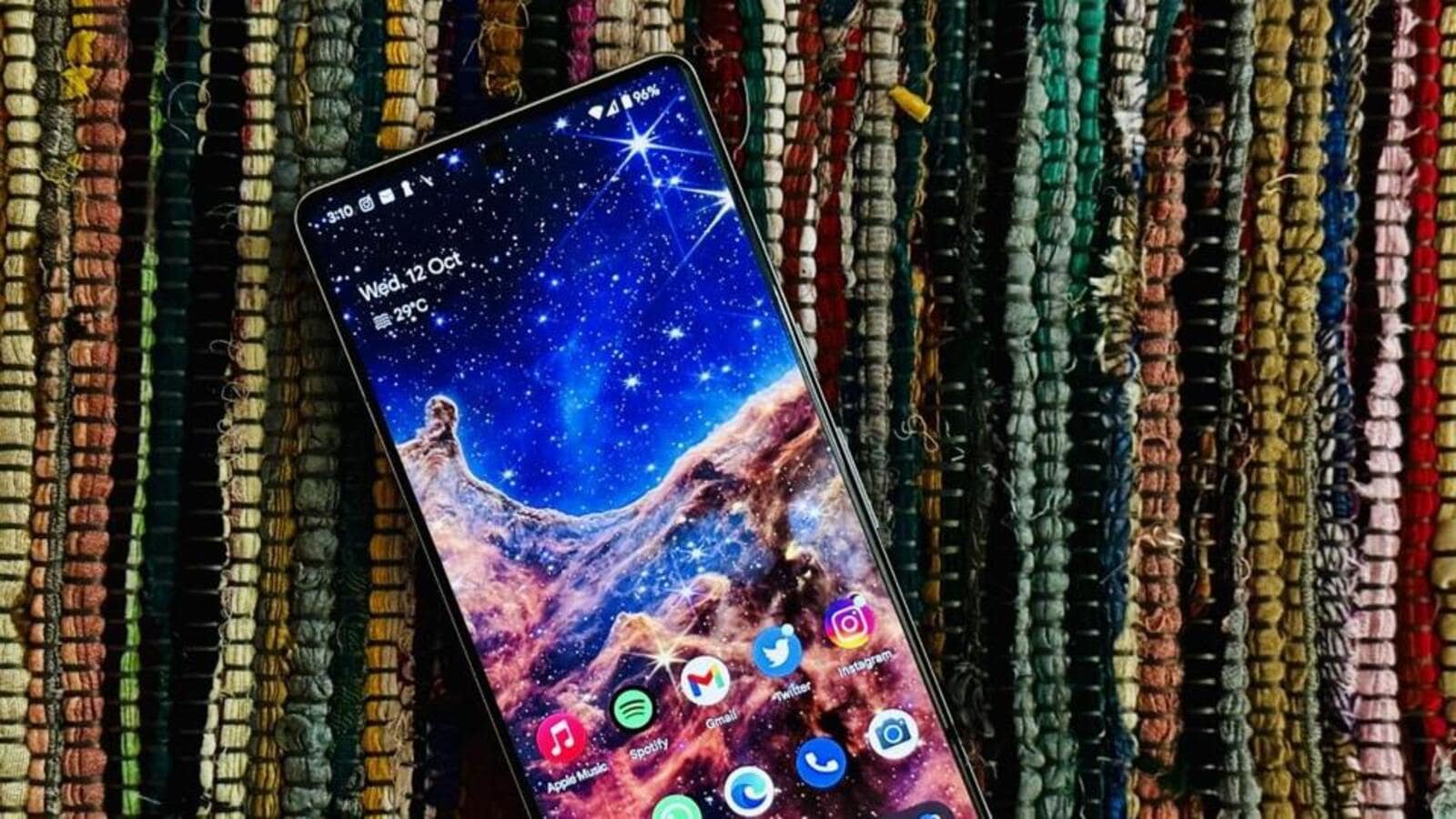 It had been a while. A gap of a few years, and India is back on Google’s radar for the flagship Pixel smartphones. And from what the company insists, this is just the first step of the renewed focus on the Indian market, for the Pixel hardware. Time will be the judge of that, but the indications are indeed very positive – the Google Pixel 7 and Pixel 7 Pro’s India’s availability is almost immediately after the global launch.

If we are to consider the generational changes, at no point do we get the sense that Google tried to do too much. Contrary to a prevalent school of thought, smartphones (flagship phones in particular), don’t need to redefine the spec sheet every year. Yet at the same time, it is perplexing that Google has still left a few things, less than perfect.

Would the competition be worried?

The Pixel 7 Pro carries a sticker price of ₹84,999. Irrespective of colour choices, the core specs include 128GB storage and 12GB RAM. That, in the book of priorities, may be a bit of a shock for quite a few potential buyers. Google could have (and honestly, should have) given us a 256GB storage option as well. But then again, their focus has increasingly been on cloud storage (there’s Google One subscription to sell too). And we now have 5G too.

When design is a subtle evolution, and even more likeable

In terms of how the Google Pixel 7 Pro and Pixel 7 look, there has been a subtle evolution of the design from last year. Out goes the dual-tone back panel, and instead, the camera island is visually more profound. Secondly, both phones are less tall (and in the Pixel 7’s case, less wide as well) than last year’s phones. This, while retaining the same display sizes.

The colours are a mix of conventional, and the experiments are subtle too. The Pixel 7 Pro comes through in Snow (white, in case you missed it), Obsidian (quite a complex name for black) and Hazel (that’s a pleasant variant of green).

No costs have been cut with the protective layer. There’s the Corning Gorilla Glass Victus at the front and the back of both phones. If the size differences aren’t enough, they’re distinguished by a shinier finish to the aluminum frame on the Pixel 7 Pro, while the Pixel 7 has a matte finish on this frame.

It shouldn’t take long to notice the less profound edge curves on the Pixel 7 Pro’s display. That’s good news because that’ll dial down the chances of accidental touches. The Pixel 7 has a completely flat display. Overall, both phones (depending on your size preferences) are great to hold. They feel, look, and behave as flagship phones should.

No garish elements to be seen on either phone (even the Google logo on the back is properly baked in). In your mind, would this be something that differentiates the mature phones from the pretenders to the throne?

Face Unlock: Good enough for the lock screen, but nothing beyond?

Soon enough, you will encounter face recognition (as you set up the phone, and beyond) on the Pixel 7 Pro. There’s a bit of a history here that you need to be familiar with. Since the Pixel 4 all those years ago, Google has stayed away from face unlock as a mechanism. In this period, face recognition became par for the course, in the world of smartphones. Here it is, back again. But that’s just one part of it.

Google’s Pixel 7 iteration of the Face Unlock relies completely on the front facing camera hardware (alongside the Tensor G2 chip) and image processing models but doesn’t use 3D sensors the way Apple does with Face ID on the iPhone, for instance. While we couldn’t get it fooled with a photo, for instance, this deployment isn’t considered secure enough to be enabled for mobile banking apps or to authenticate online transactions.

Right now, it is fine as an option to unlock the phone (there’s the fairly accurate fingerprint sensor too), but that’s about it.

For banking and payment apps, for instance, the fingerprint sensor is available for biometric authentication. Difficult to say at this point if Google didn’t really put in the effort with Face Unlock on its newest phones, or they’re just playing it safe in particular with anything that involves verifying digital (and thereby your very real) money.

Camera: Zooming in has never looked this good on photos

The troika starts with a 50-megapixel primary camera, with a 12-megapixel ultrawide and a 48-megapixel telephoto joining in. It is the telephoto in the Pixel 7 Pro adds a new dimension to zoom, adding versatility across lighting scenarios.

For starters, this 48-megapixel telephoto can now do 5X optical zoom, compared with 4X as it was earlier. And right up to 10X zoom, there are multiple layers of algorithms and the new Tensor G2 chip derived optimizations, for clearer images – clarity is traditionally a major problem in zoomed-in images. That’s before the Super Res Zoom calculations let you go all the way to 30x. Quite usable if you’ve had a rock-solid grip and no hand shaking.

We had said in our Pixel 7 review that there is absolutely no doubt how the updated combination of the hardware and software has taken the Pixel phones a step forward within the already robust photography performance space. But it is the software that adds another layer. And that’s probably Google’s secret sauce.

Photo Unblur, for instance, is really handy if you’ve taken a photo of a hyperactive kid and the final image (as expected) is a tad blurred because of sudden movement of the subject. Results are impressive if there’s controlled blur, but don’t expect this to give a face to a subject that’s barely a suggestion of fast motion in the final photo.

Portrait is another option which can effectively blur the background in photos, while keeping the subject well in focus (and it is quite accurate too, around hair and apparel too).

You’ll enjoy how this camera switched to the Macro mode as you get close to a subject, and the option to shoot videos in Cinematic Mode, which automatically blurs the background while keeping the subject in the frame – those videos look really neat and professional-like (as professional-like as it can get for novices). Google did take their time on this feature, though the iPhones (the Pro models in particular) have had it for a while now.

Clearer calling? You be the judge

A phone as a phone? Who would have thought of that! Google says they have a bunch of features working in the background to filter out background noise in calls. Not all of those may be available till the next few firmware updates. However, there is a definite takeaway that ambient noise behind the person on the other side of the call, is perceptibly lesser than any other Android phone we’ve tested thus far. It is audibly very different. For the better.

However, this does cause a slight problem if the person who you are on a call with is speaking softly or isn’t too loud. The audio doesn’t come through clearly, even if the in-ear volume is at the maximum.

Is the Google Pixel 7 Pro the definitive Android flagship phone?

It does get very close. The 6.7-inch LTPO OLED display does tick off everything you need from it – vivid colours, brighter than before and up to 120Hz refresh rate. The 5000mAh battery has robust stamina, though charging (wired at 30-watt and wireless at 23-watt) aren’t definitely fast by any definition. And the lack of face recognition as an authentication method within apps, just feels like a rough edge in an otherwise almost perfect proposition.

But it is the mix of the Tensor G2 chip’s consistent performance, Android nifty additions (music detection from lock screen and transcription in the recording app, to name a few) and the frankly brilliant camera which really make up for any shortcomings elsewhere. It is the camera, which alone makes the splurge on a Pixel phone, almost worth considering (not that we would recommend ill-thought-out expenses on technology).

In our opinion, there is absolutely no doubt that the Pixel 7 Pro has a much nicer, large display while feeling great to hold. apart from everything else, which includes cameras that are almost unmatched in the Android phone space. And if you didn’t realise, it has a definite price advantage over the Samsung Galaxy S22 Ultra, which for all its brilliance, still costs significantly more at ₹1,09,999 onwards. Battle lines drawn.