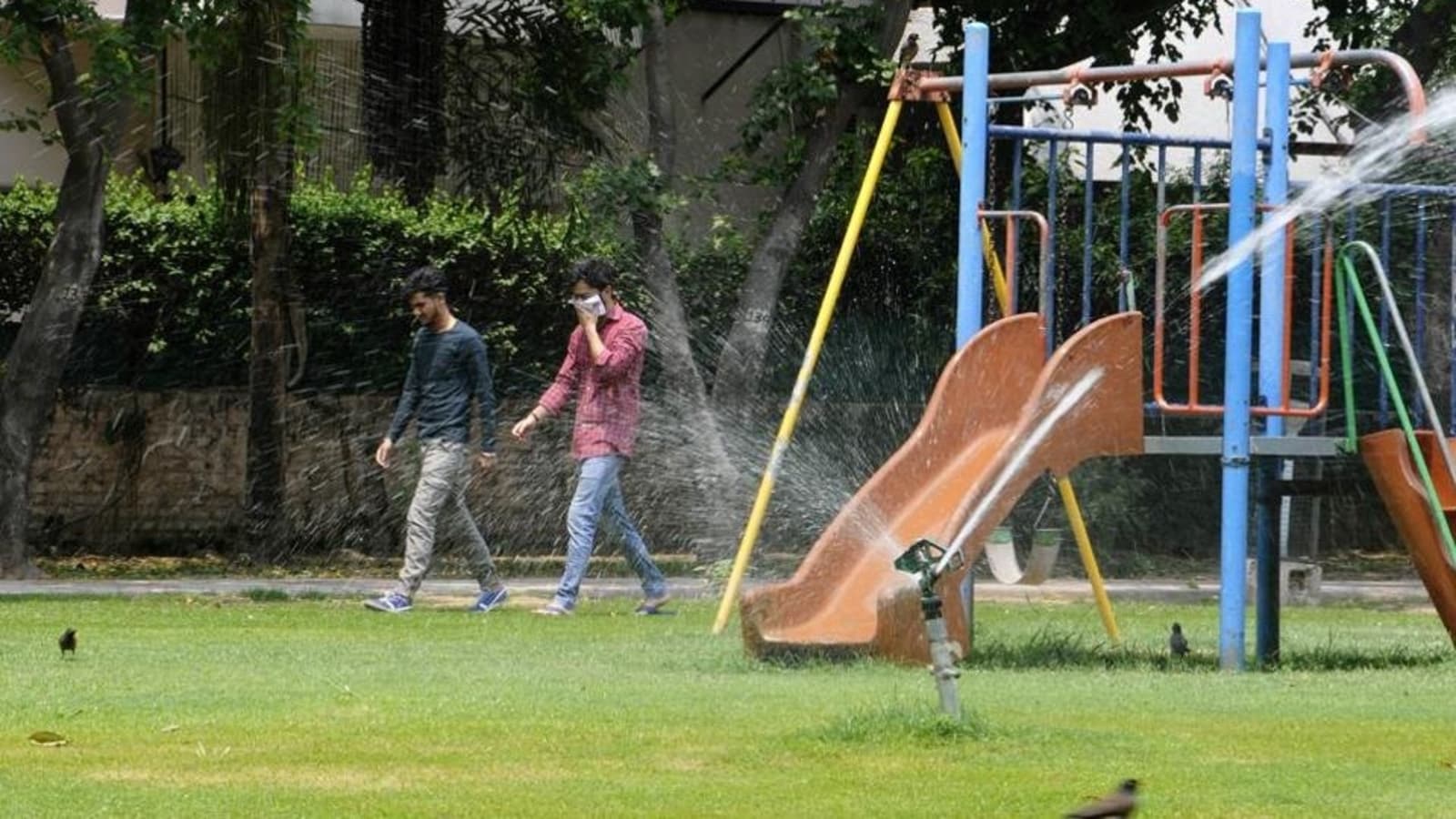 New Delhi: In Delhi’s wards, a change in political equations can result in the names of the parks and streets.

Swatantar Verma (40), a treasurer in the Bharatiya Janata Party (BJP)’s outer Delhi Kisan Morcha, could be seen running from one office to the other to save the name of the park which was named after his father, the late Charan Singh Verma. His father was also a local functionary of the party in the area. In July 2021, the party expelled the local councillor, Jyoti Rachhoya, citing indiscipline, and this decision led to changes in the political equations at the local level.

Until November 2021, the ornamental park located in outer Delhi’s Nangloi extension was named after his father because of, according to the corporation resolution, his “generosity, honesty and eminence”. Eventually, the plaque of another local community leader was unveiled by the North MCD mayor on January 1, 2022. Verma alleged that the change was brought about due to the change in local political equations, but area councillor Rachhoya denied the allegations.

The case also shows how the naming and renaming of parks and streets are used by the area representatives to align communities in the ward with them. Interestingly, the resolution clearing the name of parks and streets always incorporates a sub-clause of naming guidelines issued in 1975 by the ministry of home affairs, which was adopted by unified MCD in 1979. “It has been decided that name of the existing streets /roads should not be changed. Only roads/streets which are in existence without any specific name may be named after eminent personality [local, national or international] to honour them,” the guidelines state.

As the term of municipal corporations approaches, with municipal elections scheduled to be held in April 2022, municipal councillors are on a spree of unveiling the name plaques of parks and streets across the city. The naming/renaming committees of the three civic bodies have been busy over the last few months. The rate of proposals being moved to name the roads and parks grows with elections drawing closer. In November alone, the north MCD cleared naming proposals of 77 roads, parks and municipal properties. An SDMC official said that 176 naming proposals have been cleared by the south corporation in last year while many more are lined up for the next meeting. A majority of the suggestions are popular personalities, religious figures, and local community heads, while many proposals are also pushed to name the public spaces after influential politicians and their relatives.

The municipal secretary office coordinates the naming/renaming functions of the civic body. Bhagwan Singh, SDMC municipal secretary explained the process: “The chairman of the naming/renaming committee is the mayor while the 10-member committee also has key municipal functionaries including standing committee chairman, deputy mayor, and leader of the opposition among others. “The name is proposed by the concerned area councillor which is taken up by the naming committee and finally the house (general body meeting). While the name of the committee is naming/renaming committee, the established order is that a place that is already named cannot be changed. Old instructions from the government of India state that the renaming should preferably not be carried out,” he added. The naming can be carried out in cases of municipal properties such as parks, roads, streets, municipal buildings, chowks, and gates as well.

In the last year, several controversies have erupted with councillors proposing to rename the areas like Mohammadpur to Madhavpuram and Humanyupur to Hanumanpur due to political considerations, while the renaming of wards does not even come under the purview of the civic bodies. “The wards cannot be named by the corporation. It can also be carried out by the election office or revenue department,” the official clarified. Unlike the process followed by DMRC, the naming/renaming and renaming process does not involve any feedback from local residents or area inhabitants, he added.

Chetan Sharma who is general secretary of the Confederation of NCR resident welfare associations (RWAs) said that the process of naming should be reformed. “The contribution of the person to that area should be assessed and public feedback mechanism should be developed. Ultimately, people have to live and use that space. The names which are forced on the community always become controversial and they don’t get used much. We had faced similar controversy when the road near Savitri Cinema was named,” he added.