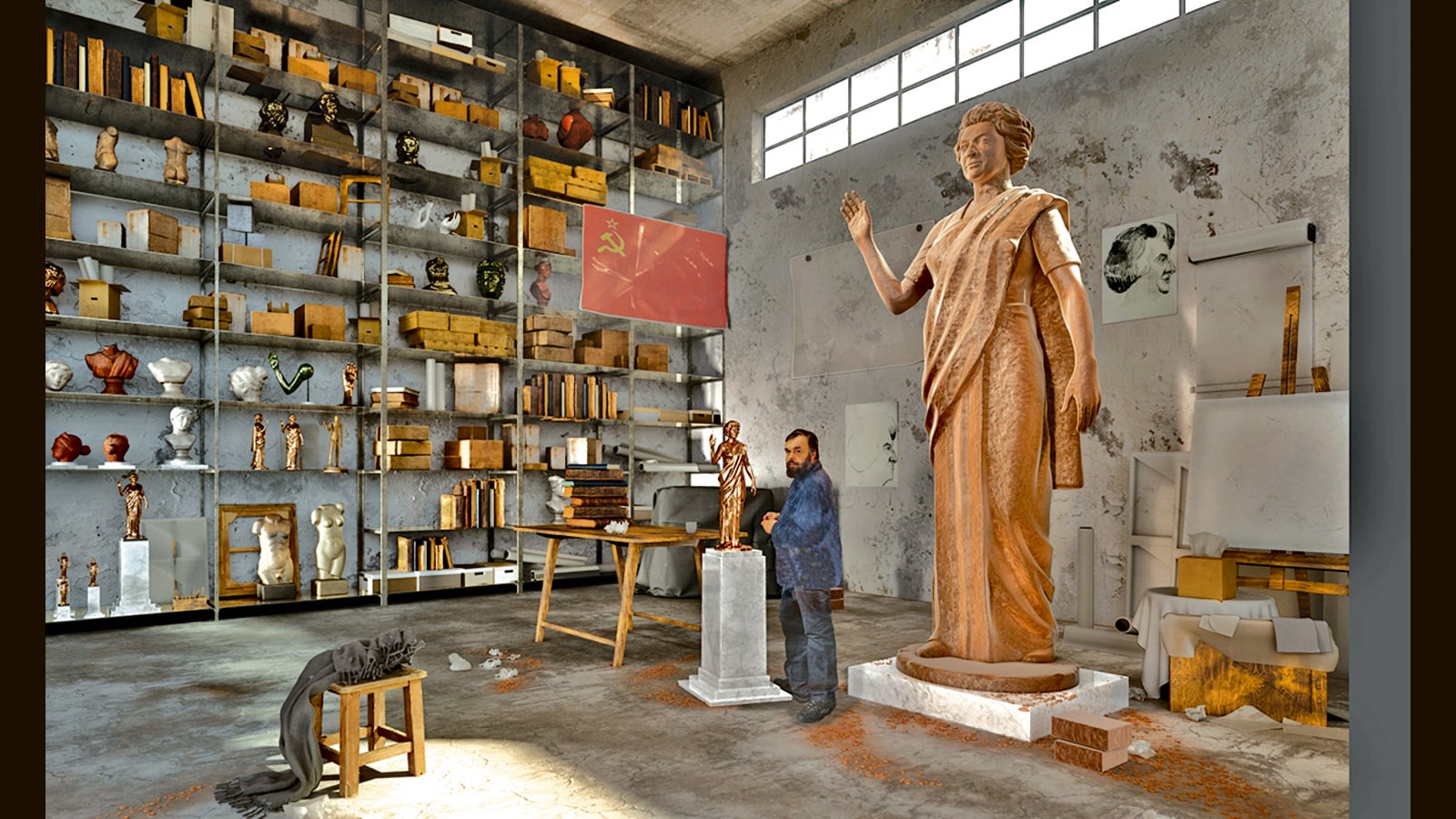 Even in Mumbai, the city of dreams, some dreams never come true. With architect Robert Stephens’ new book, at least, you can glimpse what might have been. His self-published work, Bombay Imagined: An Illustrated History of The Unbuilt City, visualises 200 grand projects that never got off the ground.

The projects are fascinating and fantastical. The Deonar landfill was briefly meant to be a public garden half the size of New York’s Central Park. Gorai once hoped to have its own international airport. The ancient rock-cut caves on Elephanta Island were almost the location for a clamorous/glamorous pub. Stephens digs up plans from as far back as 1670 to more recent revisions of the upcoming coastal road.

Dreams take time, even if they’re only being materialised on paper. Stephens, a South Carolina native who has been living and working in Mumbai since 2007, took seven years to research and put together his book. It started when he found an 1869 book at a bookseller in London. It contained an ambitious plan proposed by Arthur Crawford, Bombay’s first municipal commissioner, to convert Mahalakshmi, then a landfill, into a 400-acre park. The spot is where Mumbai’s race course stands today. It made Stephens wonder about other projects that could have transformed the city.

Bombay, it turns out, wasn’t lacking in ambition. Stephens found engineer Hector Tulloch’s 1872 proposal to fill up low-lying areas fro Chembur to BKC and Dharavi to the edge of Bandra going south to Matunga, with sewage and convert it into a vegetable patch to bring down food prices in the city. An 1866 proposal by engineer Russel Aitken’s suggests an alternative to manual scavenging to improve sanitation. His idea: a sewer 10 feet wide to carry waste from the inner city to a reservoir in Colaba, and then pumping it into the sea. Aitken’s idea was considered too outlandish. The Bombay Builder, a local periodical, ridiculed Aitken for ‘seeking fame in waters beyond his depth’, the book states.

Stephens has consciously included reactions to these projects and proposals because he believes they connect ideas and intent. “There’s a huge amount of emotion connected to architecture, urban planning and sanitation, because they actually affect people’s lives,” he says.

The book’s speculative drawings, some of them superimposed on to Stephens’ aerial photographs of the city, chronicle more than what might have been. Artists and visualisers from Mumbai, Athens and Berlin created renderings based on information Stephens sourced from numerous studios, universities and public libraries, including the Wellcome Library in London, the British Library, Maharashtra State Archives and the Asiatic library.

Some art took over months to design, like the Government of Maharashtra’s 1984 proposal to build a statue of Indira Gandhi inspired by New York’s Statue of Liberty. A soviet artist named Oleg Komov was commissioned to design the statue. Indian artist MF Husain was to collaborate. It was too expensive and impractical to see through in real life. Two visualisers and two 3D modelling artists created speculative drawings of Komov’s studio in Russia as well as the proposed statue based on newspaper clippings.

“What’s refreshing about many of these projects is that they break out of restrictions related to land values and building,” Stephen says. “They may be totally impractical, but they inspire us to have these moments of free play in our minds so that we’re not just reacting to the world around us, but trying to think differently.”

Stephens insists the book isn’t an academic pursuit; rather, it’s a labour of love for Mumbai, a teeming metropolis that is constantly transforming itself. He’s already at work on his next book, this time focusing on a different city. Ahmedabad Walls will explore how the old city and her fortifications have transformed over the years, by comparing the writings of Patrick Geddes, a Scottish polymath, and Stephens’ present-day observations.

Meanwhile, Bombay Imagined is available to order online at urbsindis.com.