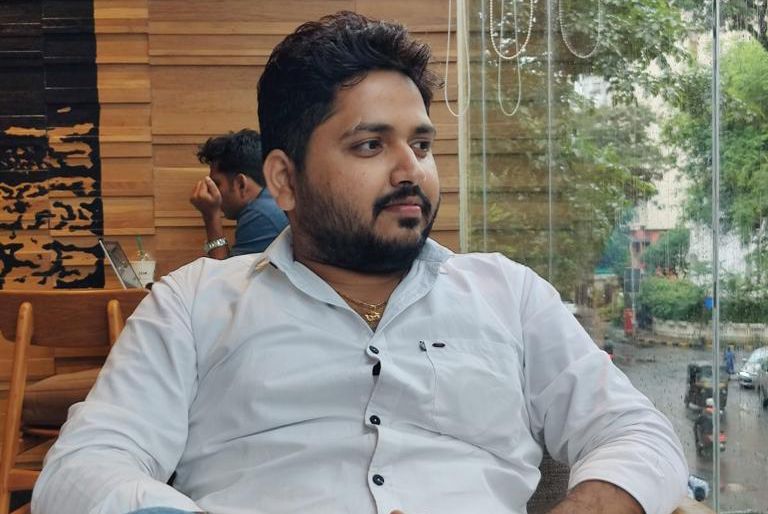 They say if you don’t give up,keep trying,believe in yourself,think positive,be persistent,be consistent then even if the situation is not in favour of you and if you still go ahead then some day or the other Success is found. Many people have proved the quote right by not giving up and the latest example of this quote is vishal upadhyay.

Vishal upadhyay belongs to Mumbai,Maharashtra. Even though he belongs to the city of dreams but he was struggling & his family financial condition was also not that good. During his childhood his father had a Ice-Cream factory but due to some uncertain causes and reasons he had to shut down his factory. Later His father along with his siblings started doing job However their job was so very simple , and whatever salary they were getting out of job was not enough to satisfy their family needs and wants. Their job salary was not enough to lead a Happy and prosperous life. But Vishal was not Happy living this average life.

Since childhood he aspires to become a big Entrepreneur however he neither had enough money nor access to enough resources but still he didn’t gave any excuses and made use of whatever resources he had. He started working at a very young age .In 10th and 12th standard he was brilliant in studies so he became resourceful and Started giving tuitions to students and making some 4k to 6k monthly . Whatever he was earned, he saved and after saving money for 3 years he finally took a bigger step in his life and started his own Educational institute at the age of 19yrs. However due to some uncertainties & difficulties he had to shut down his educational institute. Vishal felt very bad for this and it broke him inside and out. Even his family felt very bad but still vishal decided to not give up and go ahead.

He started doing jobs with whatever work he got and started saving money. Within 2 years he again saved a good amount of Capital and this time He again started a new business and the business he started was very much in trending. It was tours and travels business. he continued this business till 2 years but due to 1 scam in his family he had to shut down this business also. This time he not only became nill and broke but went into huge debt also. If we put ourselves in his situation we would have given up at very first only but Vishal didn’t give up and decided to go ahead again. He was very courteous , Persistent and determined for his Goals. He started doing a basic job in which he used to get 15k to 20k monthly. He also cuffed down his monthly expense to just 500 which looks very impossible in Mumbai. However he had to do it so because salary was less and wanted to start business again as soon as possible. He managed to get some investors to start his import and export business and he continuing this business till today.

Right now he does not have any investor because he has already made enough money with his business and he don’t require any investor.
Now his company valuation is more than 5 crore. He has more than 3 branches in mumbai and is expanding very fast in south and north of India too. His company is growing at very fast speed. Their mission is too reach all parts of India.

At last we get to learn a lot from vishal’s inspiring story. We learned not to give up whatever situation is we should keep trying because “Successful men and women keep moving. They make mistakes, but they don’t quit.”