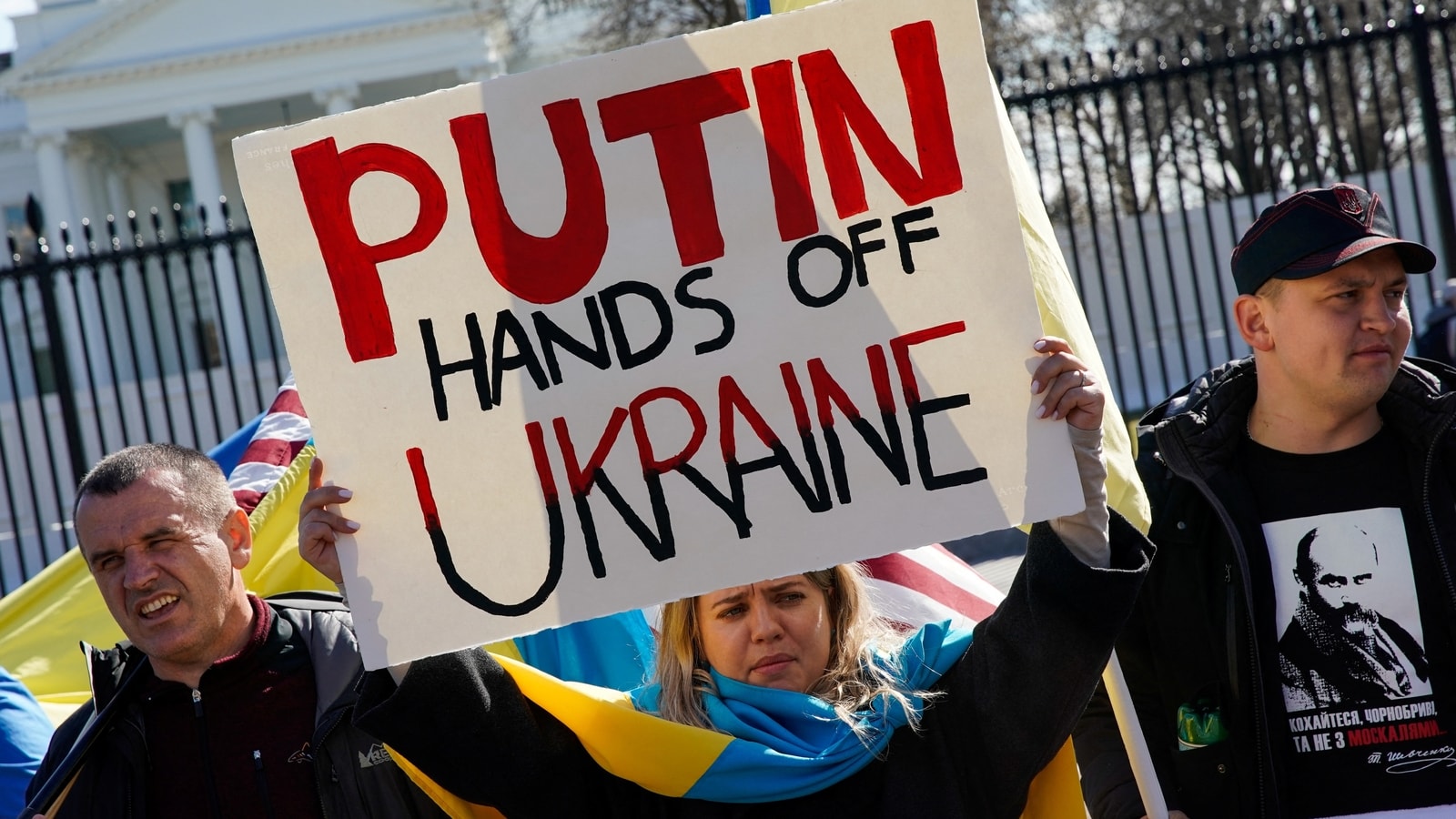 
Energy giants BP and Shell, global bank HSBC and the world’s biggest aircraft leasing firm AerCap joined a growing list of companies looking to exit Russia on Monday, as Western sanctions tightened the screws on Moscow over its invasion of Ukraine.

The West has moved to punish Russia with a raft of measures, including closing airspace to Russian aircraft, shutting out some Russian banks from the SWIFT global financial network and restricting Moscow’s ability to use its $630 billion foreign reserves.

Russia’s economy was already reeling on Monday. The rouble plunged to a record low, while the central bank doubled its key interest rate to 20%, and kept stock markets and derivative markets closed.

Shell on Monday said it would exit all its Russian operations, including the flagship Sakhalin 2 LNG plant in which it holds a 27.5% stake, and which is 50% owned and operated by Russian gas group Gazprom.

“We cannot – and we will not – stand by,” Shell Chief Executive Officer Ben van Beurden said in a statement announcing the move and calling Russia’s attack a “senseless act of military aggression”. He added that his company was talking to governments about securing energy supplies to Europe.

BP, Russia’s biggest foreign investor, announced at the weekend it was abandoning its 20% stake in state-controlled Rosneft at a cost of up to $25 billion, cutting the British firm’s oil and gas reserves in half.

Equinor, the energy firm majority owned by the Norwegian state, said it would start divesting its joint ventures in Russia.

The moves put the spotlight on other Western companies with stakes in Russian oil and gas projects, such as ExxonMobil and TotalEnergies.

Large parts of the Russian economy will be a no-go zone for Western banks and financial firms after the decision to cut off some of its banks from SWIFT, a secure messaging system used for trillions of dollars’ worth of transactions around the world.

The European arm of Sberbank, Russia’s biggest lender, faces failure, the European Central Bank warned on Monday, after a run on its deposits.

British bank HSBC said it was starting to wind down relations with a host of Russian banks including the second-largest, VTB, one of those targeted by sanctions, a memo seen by Reuters showed.

Even neutral Switzerland said it was adopting European Union sanctions and freezing assets of some Russian individuals and companies. It joined others by imposing sanctions on President Vladimir Putin and other officials.

Some Western companies were suspending operations while others were drawing up contingency plans as they reviewed the rapidly changing landscape for business with Russia.

Nasdaq Inc and Intercontinental Exchange’s NYSE have temporarily halted trading in stocks of Russia-based companies listed on their exchanges, their websites showed.

Global auto and truck makers, including U.S. automaker General Motors Co and Germany’s Daimler Truck, on Monday took some actions. Volkswagen suspended deliveries of cars to dealers in Russia and Swedish automaker Volvo and GM said they would suspend exports to Russia.

“Deliveries are to resume as soon as the effects of the sanctions imposed by the European Union and the United States have been clarified,” a VW spokesperson said.

That may not be soon, though, given the complexity of the conflict and sanctions process.

“We are likely to be in this environment of a very complicated, multipronged, multifaceted sanctions regime for months if not years,” said Marcus Thompson, a London-based partner at Kirkland & Ellis.

Singapore-headquartered container shipping company Ocean Network Express on Monday suspended bookings to and from Russia while Maersk said it was considering doing the same.

Several companies with exposure to Russia had their shares pummeled on Monday. Nokian Tyres tumbled after withdrawing its 2022 outlook. It said last week it was shifting some production to Finland from Russia.

Finnair lost a fifth of its value after withdrawing its 2022 outlook amid airspace closures.

Russia is barring airlines from 36 countries from its airspace, including European nations and Canada which had earlier shut their airspace to Russian aircraft. U.S. officials said Washington was considering a similar move.

Delta Air Lines and American Airlines have voluntarily halted overflying Russia for international routes, while United Airlines has rerouted some international flights that had typically flown over Russia.

Leasing firms including AerCap Holdings, the world’s biggest plane lessor with about 5% of its fleet leased to Russian airlines, and BOC Aviation, said they would terminate hundreds of aircraft leases with Russian airlines because of sanctions. The mechanics of retrieving the planes from Russia are not clear.

Big tech companies are juggling calls for them to shut services in Russia with what they see as a mission to give voice to dissent and protest.

Google has barred RT and other Russian channels from receiving money for ads on websites, apps and YouTube videos, similar to a move by Facebook.