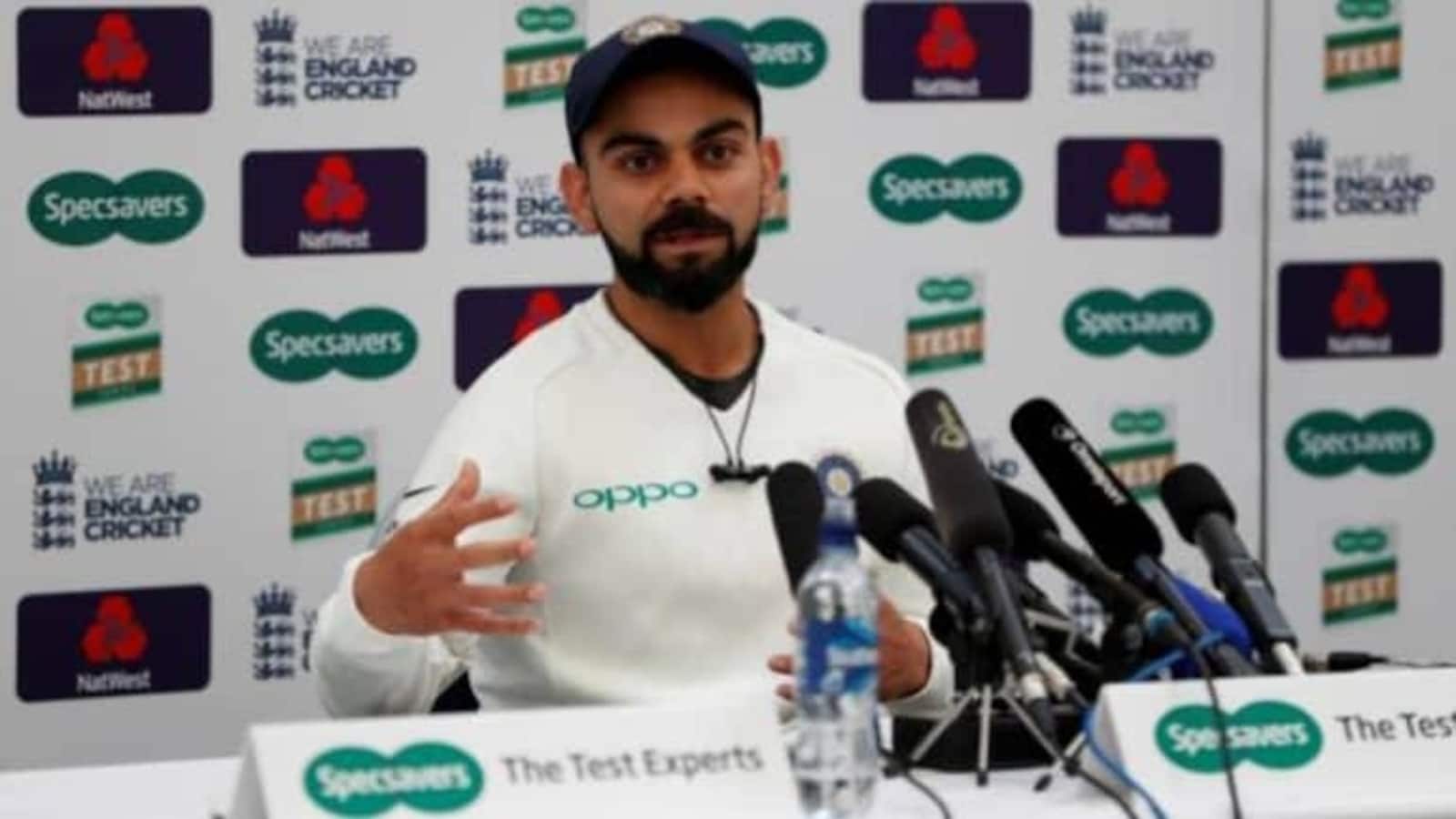 
Virat Kohli made his Test debut in June 2011 and has, in the years since, established himself as one of the greatest batters of his generation. Apart from that however, Kohli also gained a reputation for being a feisty character on the field, particularly when he was captaining the Indian team in a Test match which is something he did for seven of the nearly 10 years that he has played in the longest format of the game.

This feistiness would often leak into the media room during press conferences after the day’s play or after the matches itself, making Kohli’s interactions with journalists often as entertaining and unpredictable as the events on the field itself.

As the former India captain gears up to to become the 12th Indian player to reach 100 Test appearances, we take a look at some of Kohli’s most memorable interactions with the press during Test series.

The 2014 Test series marked a shift in the Indian Test setup. MS Dhoni suddenly retired from the longest format after the third Test at the MCG and handed over the reins permanently to Kohli. Before news of the retirement dominated the papers, it was Kohli’s battle with Australia pace spearhead that had captured everyone’s imagination.

It started with Australia pace spearhead Mitchell Johnson throwing the ball back at Kohli, seemingly to hit the stumps in an attempt to run the batter out. He ended up hitting Kohli and while Johnson walked up to apologise, the former did not take it too kindly. Kohli went on to clobber 141 runs in 175 balls, repeatedly throwing an assortment of gestures and words towards Johnson whenever he hit a boundary off him.

“I was really annoyed with him hitting me with the ball and I told him that’s not on. Try and hit the stumps next time, not my body. You’ve got to send the right message accross. I’m not going to go out there to take unnecessary words or chat from someone,” Kohli later told reporters.

“It was going on throughout the day. They were calling me a spoilt brat. I said maybe that’s the way I am, I know you guys hate me and I like that. I don’t mind having a chat on the field and it worked in my favour, I guess. I like playing against Australia because it’s very hard for them to stay calm. I don’t mind an argument on the field. It really excites me and brings the best out of me so they don’t seem to be learning the lesson,” he said.

India had managed to level the series by winning the second Test which had its fair share of incidents, one of which was an incident in which Australia captain Smith seemed to look towards the dressing room before going for a review after losing his wicket. Kohli seemed to be incensed by it on the field and umpire Nigel Llong told Smith to walk. Smith later described his actions as a “brain fade” but Kohli made it clear that he thought otherwise.

“I saw that two times happening when I was batting out there,” Kohli said. “I pointed it out to the umpire as well, that it’s happened twice, that I’ve seen their players looking upstairs for confirmation, and that’s why the umpire was at him.

“When he turned back the umpire knew exactly what was going on, because we observed that, we told match referee also, and the umpires, that they’ve been doing that for the last three days and this has to stop, because there’s a line that you don’t cross on the cricket field, because sledging and playing against the opponents is different, but… I don’t want to mention the word, but it falls in that bracket. I would never do something like that on the cricket field.”

When asked if the word he didn’t want to mention was “cheating”, Kohli replied: “I didn’t say that, you did.”

Kohli was at his fiery best after the second Test between India and South Africa in Centurion ended in a victory for the hosts. It meant that India had conceded the series, despite Kohli scoring 153 in their first innings. Questions about whether India had made mistakes seemed to be the one that he did not take kindly to, replying to one of the questions with his own. “What’s the best XI?” he asked, before following that up by saying, “If we had won this, was this the best 11? We don’t decide the 11 according to results. You are telling me that you could have played the best 11. You tell me the best 11 and we will play that.”

India did not have too much joy during their two-Test series against New Zealand in February and March 2020. They lost the first Test by 10 wickets and the second by seven. In the post-match press conference for the second Test, a journalist asked Kohli about the gestures he made towards the crowd and the language he used during the New Zealand innings. “What do you think? I’m asking you the answer. You need to find out what happened & come with a better question.” He also snapped at the journalist saying, “If you want to create controversy, this isn’t the right place to be.”

The tour of South Africa in December was preceded by an almighty drama around what went on behind the scenes as Kohli was sacked as India’s ODI captain less than a month after he had said he intended to continue in that position. BCCI president Sourav Ganguly had said that it had requested Kohli not step down as T20I captain but in his pre-departure press conference, the 33-year-old openly contradicted that statement.

“Before quitting the T20I captaincy, I had approached the BCCI and explained the reasons behind my decision. That was received very well. There was no offence or hesitation. Mujhe yeh nahin kaha gaya tha ki aap T20 captaincy na chodiye (I wasn’t told not to relinquish the T20 captaincy). Rather, it was taken as a progressive step, in the right direction. I communicated at that time that I would like to continue as Test and ODI captain unless the office-bearers and the selectors felt that I shouldn’t carry on with this responsibility. My communication (to the BCCI) was clear,” Kohli said.

While the speculation was chiefly revolving around his relationship with Rohit Sharma, who had replaced taken over ODI and T20I captain and would eventually replace Kohli as the Test captain as well, this statement from him shifted the focus entirely to his relationship with the BCCI hierarchy and Ganguly himself.