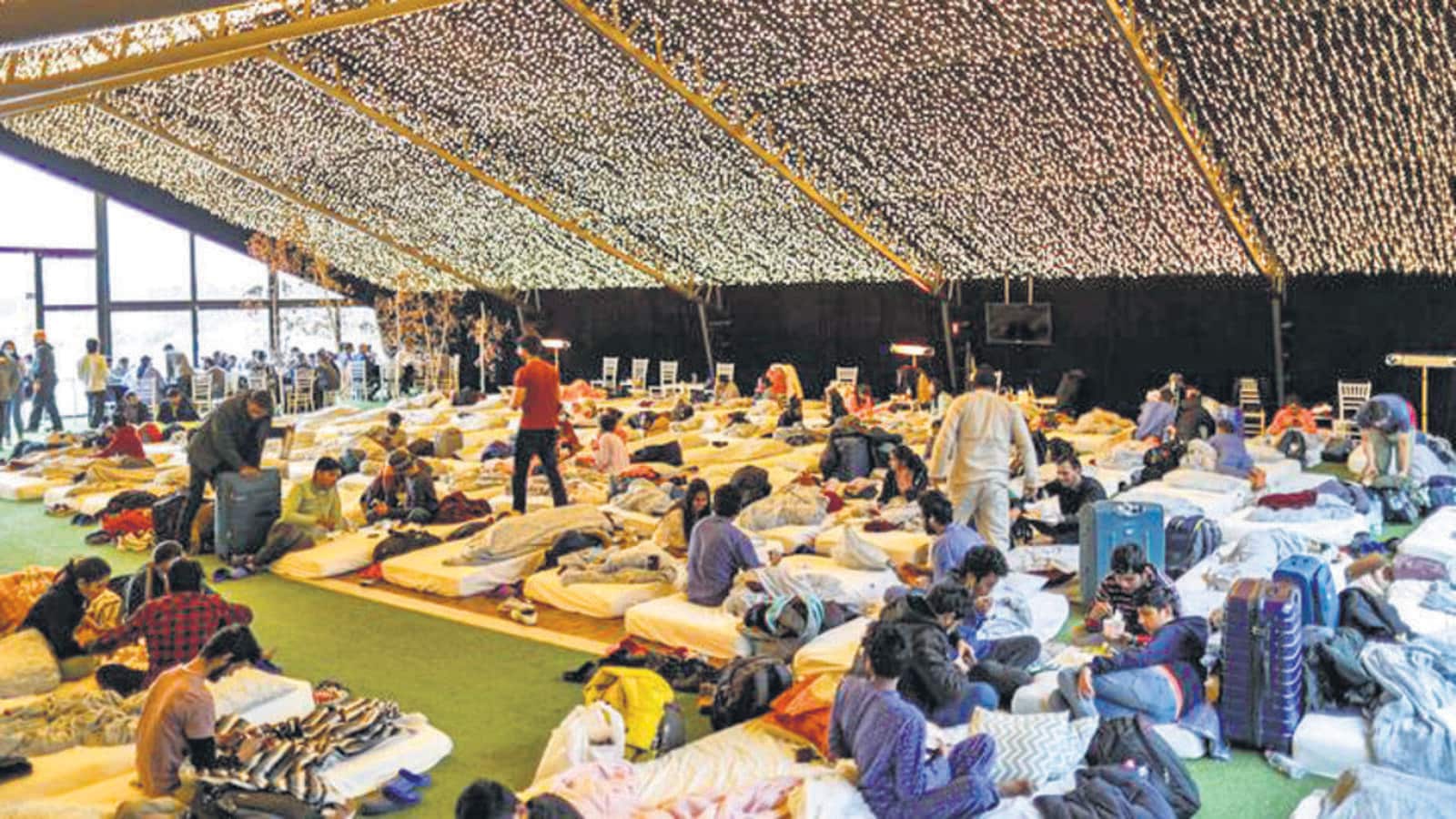 
India on Wednesday urged all its nationals in the besieged city of Kharkiv to leave for safer areas nearby within five hours amid scenes of chaos following intense bombardment and a Russian airborne assault on Ukraine’s second largest city.

Indian nationals in Kharkiv, where medical student Naveen Shekharappa Gyandagoudar was killed in a Russian attack on Tuesday, were asked to move out of the city immediately for their safety in “light of the deteriorating situation”, according to an urgent advisory issued by the Indian embassy.

The Indians were told to move, if necessary on foot, to the safer areas of Pisochyn, Babai and Bezlyudivka, all located between 11 and 16 km from Kharkiv. “Proceed immediately. Under all circumstances Indians must reach these settlements by 1800 hrs (Ukrainian time) today,” the advisory said, giving the Indians a window of less than five hours to reach the designated places.

External affairs ministry spokesperson Arindam Bagchi told a media briefing that the embassy’s advisory was based on inputs from the Russian side.

It is learnt that the Russian side had informed the Indian side about the need to get all Indians out of Kharkiv within hours ahead of a planned assault on the city. Since Sunday, India has urged both Ukraine and Russia to ensure safe passage for the thousands of Indians in Kharkiv, Sumy and other nearby cities.

Bagchi said the Indian side hadn’t “chosen these locations [or] the time” mentioned in the advisory, which was based completely on Russian inputs. “I can’t say anything beyond this,” he added.

He acknowledged that Indians were facing “some problems” in getting out of conflict zones. “People are reporting difficulties at some places, including violence continuing,” he said.

Some Indians students on the ground said they were finding it difficult to comply with the advisory. Clifford Ben Samuel, 21, a fourth-year aviation student from Chennai studying in Kharkiv, said he had waited since early Wednesday morning at the train station. While three trains had gone by, Indians were not allowed into them.

“They are not letting us get on. They are only allowing Ukrainian citizens to get on. We don’t know what to do,” he said. “There are no taxis or buses and we just have these trains to take us to the western border. The government says we should get out but they are not telling us how. No one is taking our calls at the embassy either.”

Samuel, a friend of Gyandagoudar, was traumatised by his friend’s death and the incessant missile strikes. He said he was feeling helpless. “It’s a desperate situation here and more than 200 of us are just waiting to get on a train,” he said.

There were reports of numerous explosions, and Ukrainian authorities said the central parts of Kharkiv were being subjected to “massive shelling and bombing” and administrative buildings collapsed after being hit by missiles. Ten people were killed and 35 more injured when a concert hall and offices were targeted in Kharkiv’s Freedom Square on Tuesday.

“There is nowhere in Kharkiv where shells have not yet struck,” said Anton Gerashchenko, an adviser to Ukraine’s interior minister.

Russia’s ambassador-designate in New Delhi, Denis Alipov, told reporters on Wednesday his country is working on creating “humanitarian corridors” so that Indian nationals in conflict zones can be pulled out to Russian territory.

The Indian side has deployed a team from the embassy in Moscow in the Russian city of Belgorod, located some 75 km across the border from Kharkiv, and begun working on transport and logistics for a possible evacuation on this route. However, the team has been unable to make headway because of the intense fighting across eastern Ukraine, people familiar with the development said.