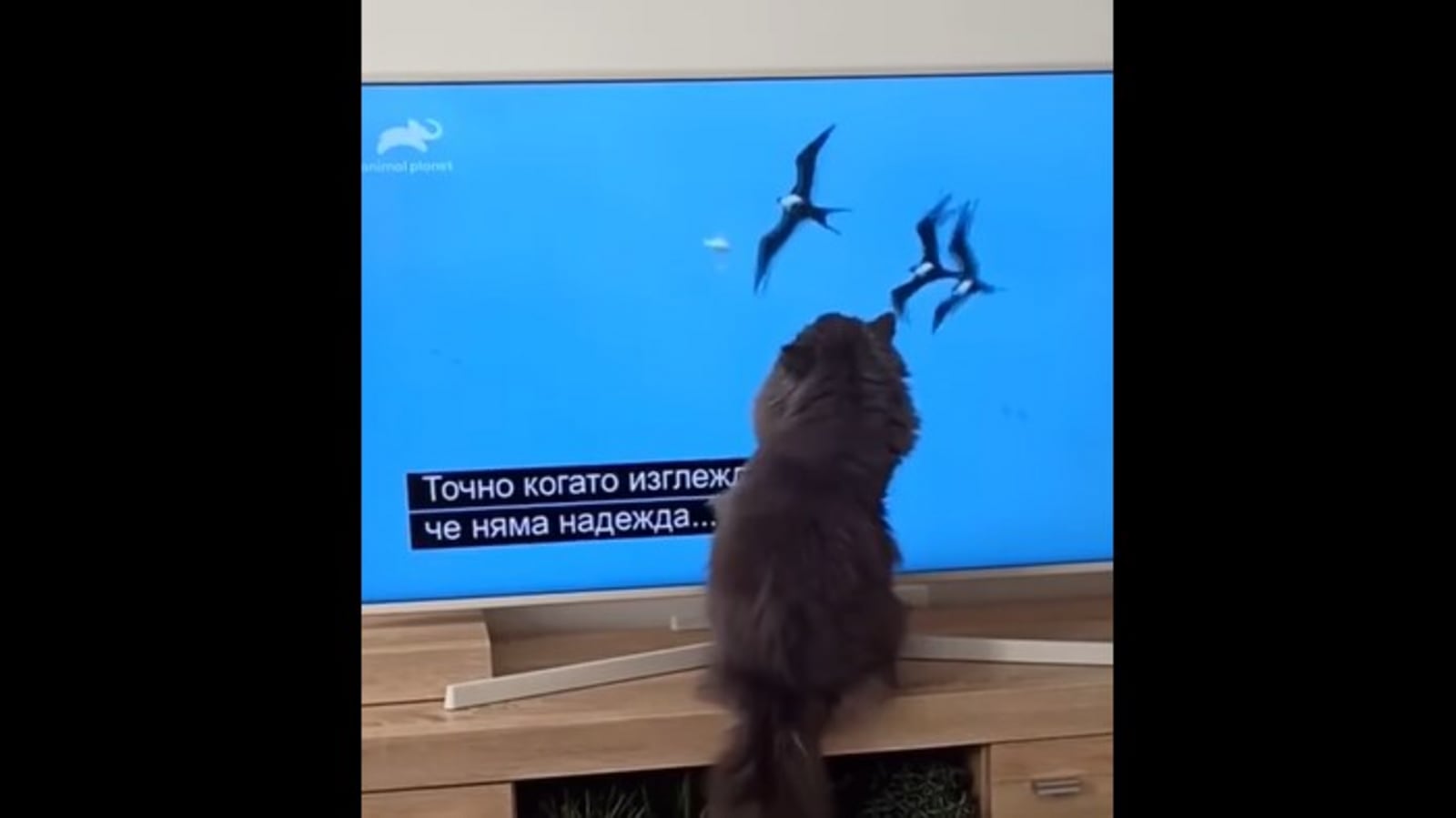 This video that was shared by the page Cats of Instagram, shows how a catto tries to ‘catch’ some birds that are seen flying on the television screen.

Cats are extremely sharp and smart about what they want to do. And according to what they think, they end up doing exactly what needs to be done and when it needs to be done. Like a lot of times, cats try their best to catch birds that are flying. This video that was posted on Instagram, shows how a cat tries to ‘catch’ some birds. But there’s a funny twist.

This video that was posted by the page Cats of Instagram, shows how a cat can be seen sitting in front of a television and doing its kitty duty! The television is seen playing something that shows a lot of birds flying in the sky. Whatever is playing on the television shows an ocean, and some birds that can be found around it. The cat takes this personally and with its cute little paws, tries to ‘catch’ these birds as they fly.

The Persian cat that has grey fur, can be seen to be quite alert and doing its task satisfactorily well. “First on the window, then on the balcony .. and now HERE?!” reads the caption that accompanies this cute cat video. The caption of the adorable yet funny video is complete with some birds and a cat emoji.

This video was posted on Instagram a bit more than a day ago and has gone viral since then. The cat video has garnered more than 3.7 lakh views so far. It has also received various comments from people who love cats.

“It’s so entertaining to watch,” posted an Instagram user, followed by a few laughing face emojis. “Catch ‘em,” commented another individual. “Kitty wants to play with the birds,” wrote a third.

What are your thoughts on this cute cat video?