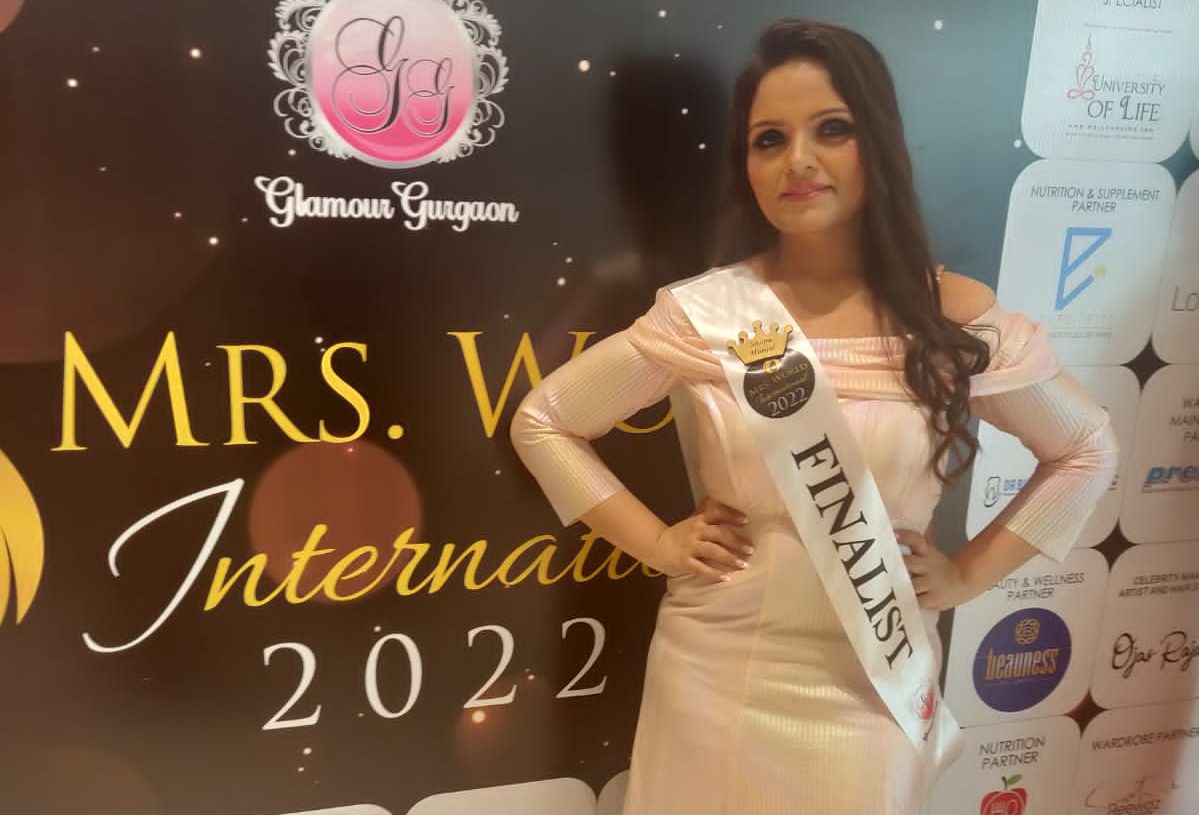 Shilpa Munjal, who lives in Pitampura, Delhi, is a name that has managed to make a difference in the fashion industry in a very short time with her hard work and true dedication, yes let us tell you that recently in Mumbai by Glamor Gurgaon. Mrs World International Show 2022 was organized which was organized by Barkha Nangia and Abhishek Nangia, in that show Shilpa Munjal also participated and on the basis of her hard work, Shilpa managed to become the finalist of Mrs World International Show. Talking to the media, Shilpa tells that it was difficult for her but it was not impossible, so I did not give up and kept my hard work and after crossing one round after the another, She managed to reach her destination and Became the finalist of the show.

Shilpa further told that in this show which lasted for 5 days, participants were given some sessions in which there were grooming sessions, fitness sessions, personality development etc. Shilpa tells that her family members have supported her a lot in this whole journey, especially her mother, her daughter and her sisters, all of them helped her in encouraging her every moment, whatever she is today Thanks to her family & now her dream is to work for those women and children who have talent, but for some reason they do not get a good platform.