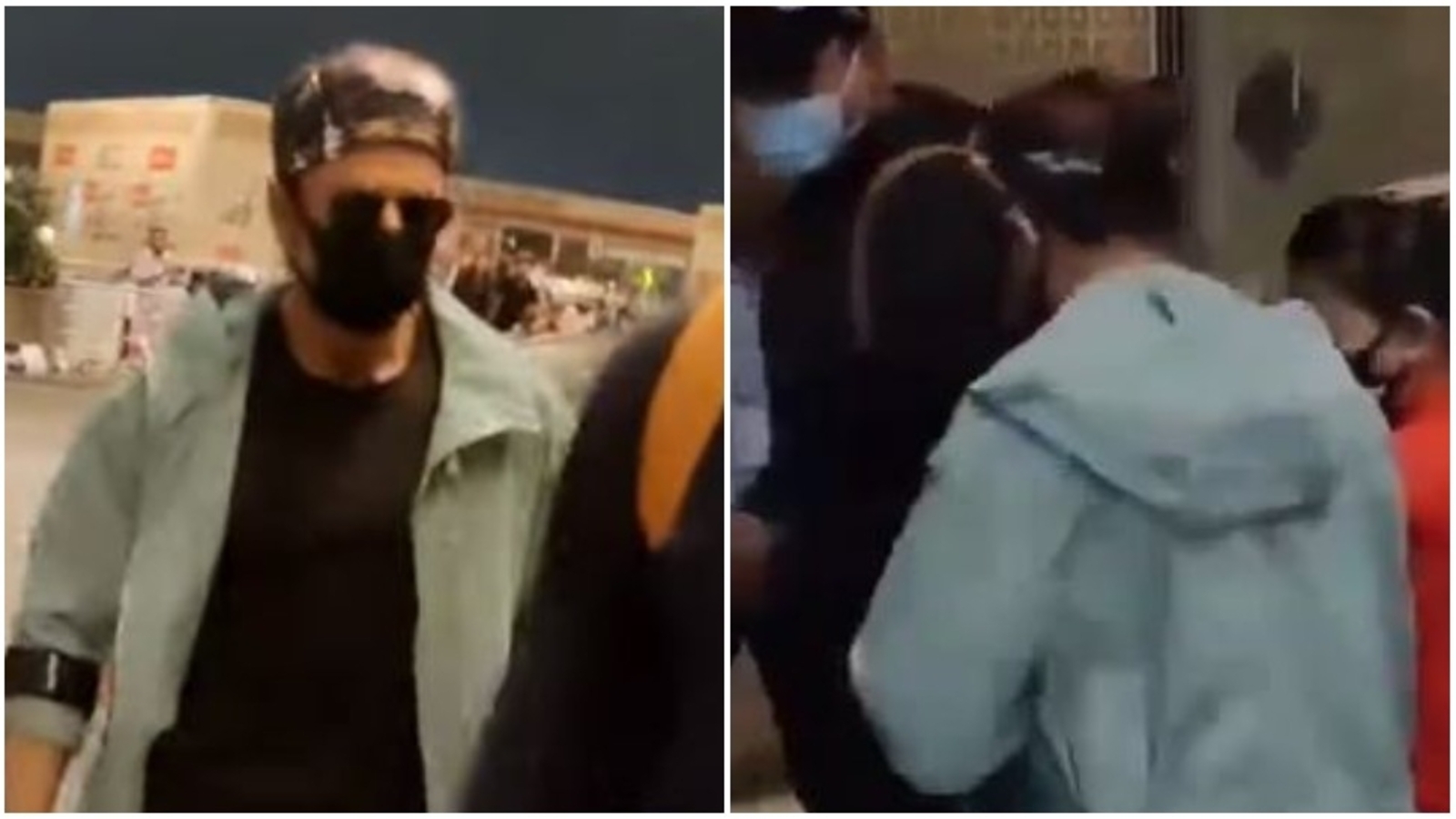 
Actor Shah Rukh Khan was spotted at the Mumbai airport as he left for Spain late on Friday night. Several videos and pictures of the actor at the airport emerged online. For his travel, Shah Rukh sported a black T-shirt with matching pants and a blue jacket. He also wore dark sunglasses, a mask, and headgear. (Also Read | Witty Shah Rukh Khan returns to Twitter with an AMA session, replies as fan asks ‘itne din kahan the?’)

In a video shared by a paparazzo account on YouTube, Shah Rukh Khan was seen making his way towards the entrance of the airport as he was greeted by a person whom he hugged. At the entrance, the CISF personnel gestured him to slow down and the actor obliged. As the CISF personnel then asked him to go ahead, Shah Rukh folded his hands, as a namaste, and entered the airport.

As per reports, Shah Rukh is heading to Spain for the shoot of his upcoming film Pathaan. The film will release in theatres on January 25, 2023. On Wednesday, Shah Rukh took to social media and surprised his fans by unveiling the first teaser and release date of the upcoming movie. The film also stars Deepika Padukone and John Abraham.

“I know it’s late… But remember the date… Pathaan time starts now…See you in cinemas on 25th January, 2023. Releasing in Hindi, Tamil and Telugu. Celebrate #Pathaan with #YRF50 only at a big screen near you,” Shah Rukh wrote on Twitter.

The teaser begins with John and Deepika introducing Shah Rukh’s character in the film as a man on a mission. After a few seconds, Shah Rukh makes his entry by walking out of the shadows in a white shirt and can be seen speaking about his love for the country.

After the teaser launch, Shah Rukh also interacted with fans on Twitter in an Ask Me Anything (AMA) session. During the session, a fan asked the actor, “Itne din hahan gaayab the (Where did you disappear for so many days)?” He replied, “Khyaalon mein (In my thoughts)….” A Twitter user also asked the actor, “Laal Singh Chaddha dekhi (Did you watch Laal Singh Chaddha),” referring to Aamir Khan’s upcoming film. Shah Rukh said, “Arre yaar Aamir kehta hai pehle Pathaan dikha (Aamir asks me to show him Pathaan first)!!”

Helmed by Siddharth Anand, Pathaan is touted as an action-thriller. Shah Rukh was last seen in the 2018 film Zero, co-starring Anushka Sharma and Katrina Kaif.