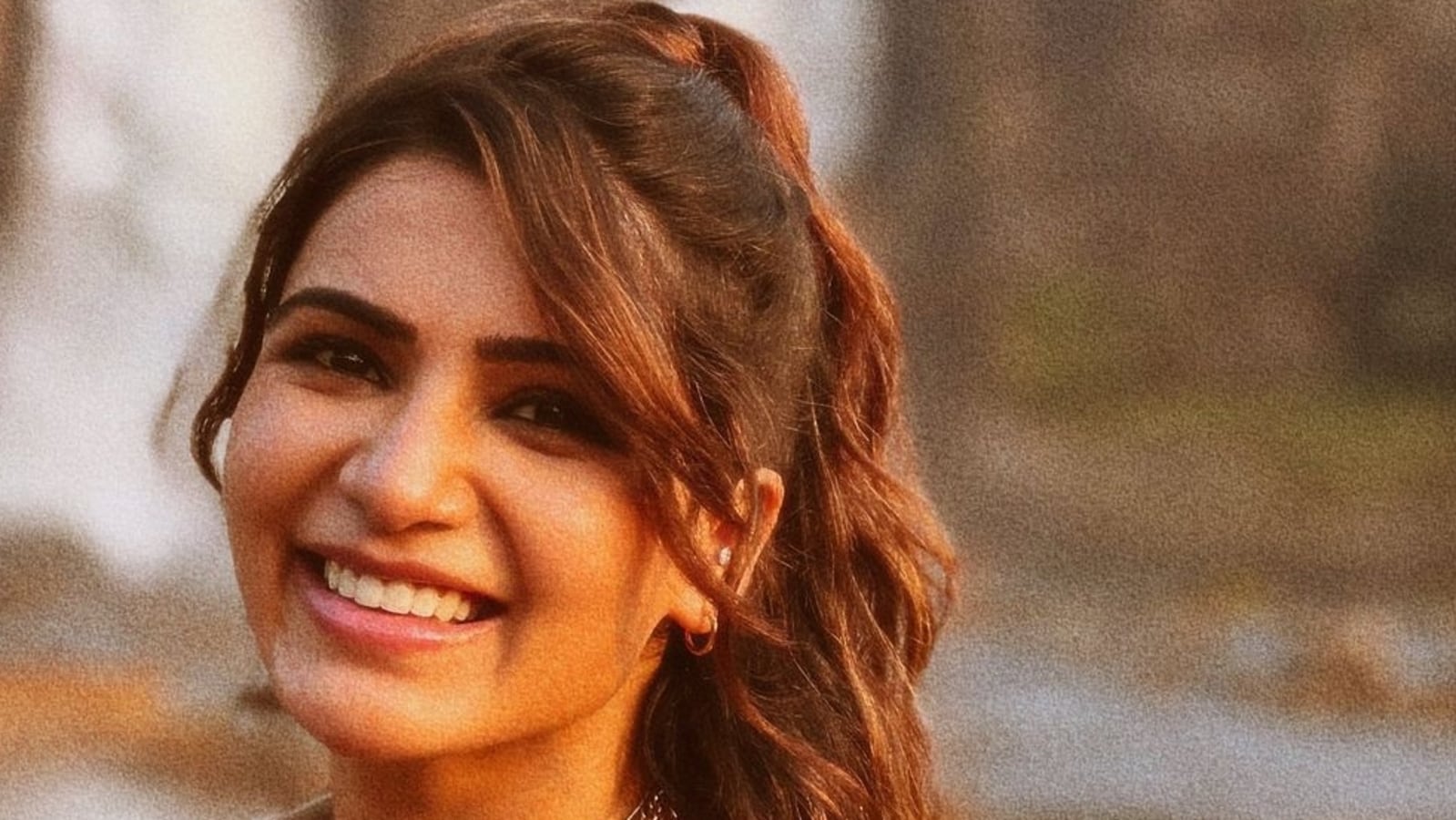 Samantha Ruth Prabhu celebrated 12 years in the film industry on Saturday. Sharing pictures of herself Samantha penned a heartfelt note.

Actor Samantha Ruth Prabhu on Saturday completed 12 years in the film industry and expressed gratitude to her loyal fan base for believing in her. The  34-year-old actor, whose credits include Telugu and Tamil films like Eega, Mahanati, Mersal and Super Deluxe, is hopeful that her romance with cinema never ends and she continues to grow with each passing year. Also Read: Samantha Ruth Prabhu shares quote on ‘humiliation and divorce’ from Will Smith’s book, calls it a ‘fascinating’ read

Sharing pictures of herself, Samantha said that she has completed 12 years in the film industry and she hopes that her love for cinema never dies. She wrote, “I woke up this morning to realize that I’ve completed 12 years in the film industry. It’s been 12 years of memories that revolve around lights camera, action and incomparable moments. I am filled with gratitude for having had this blessed journey and the best, most loyal fans in the world! Here is hoping my love story with cinema never ends and abounds from strength to strength.”

The actor made her debut in cinema with the Tamil film Ye Maaya Chesave, opposite Naga Chaitanya Akkineni, following which she appeared in Telugu films Atharintiki Daaredi, Seethamma Vakitlo Sirimalle Chettu, Manam, Aa aa, Oh Baby, Majili and others are among Samantha’s super hit movies in Telugu. Her popular Tamil titles include Theri and Mersal.

Read More: Samantha Ruth Prabhu reacts to person saying they ‘wanna reproduce’ her: ‘Should have googled that first?’

Samantha forayed into Hindi industry and digital space with Prime V ideo’s critically-acclaimed series The Family Man’s second season, starring Manoj Bajpayee in the lead. Her last appearance was in Allu Arjun-led blockbuster pan-India movie Pushpa, in a special song Oo Antava. The actor will next be seen in Shaakuntalam and Kaathu Vaakula Rendu Kaadhal.