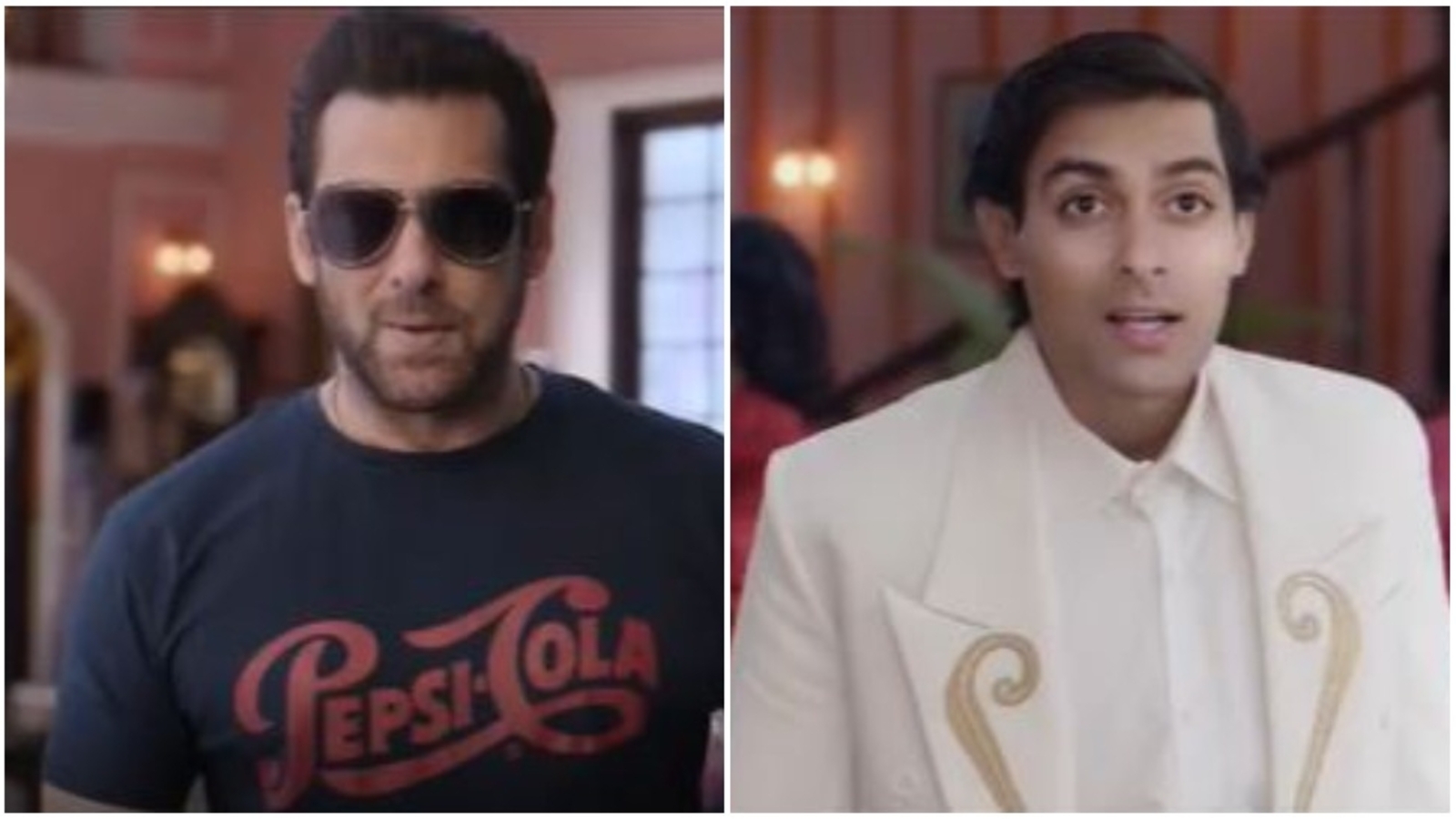 
Actor Salman Khan started his Saturday by giving a glimpse of the return of his character Prem from Hum Aapke Hain Koun. Taking to Instagram, Salman shared a clip, an advertisement, in which Prem asked him about a wedding. Replying to his younger self, Salman said that the wedding was done. However, it was not revealed in the video whose wedding the duo was talking about. (Also Read | Salman Khan fans can’t keep calm after Tiger 3 teaser: ‘He is coming to revive Bollywood’)

As the video began, Prem and Salman Khan smiled at each other as they stood in a room filled with guests. The house is quite similar to the one shown in the film with a chandelier, colourful walls, and stairs.

Next, Prem asked Salman, “Aur shaadi (And the wedding)?” Salman replied, “Hogayi (It has been done).” A shocked Prem asked, “Hogayi (It’s done)?” Salman didn’t reply to his question but moved his head to one side as the video ended. Sharing the video, Salman captioned it, “Hui ya na hui…jaanne ke liye parson dekho (Did it happen or not…to know, watch it day after tomorrow)!!! #ad.”

Salman will be seen next in his upcoming film Tiger 3 alongside Katrina Kaif. On Friday, he announced the release date of the film and also shared its teaser. The espionage action thriller, also starring Emraan Hashmi, will release in theatres on April 21, 2023.

Taking to Twitter, he shared the promo video of the film, directed by Maneesh Sharma and produced by Yash Raj Films. He wrote, “Hum sab apna apna khayal rakhen (Let’s take care of ourselves).. Tiger3 on 2023 Eid… let’s all be there ..Releasing in Hindi, Tamil and Telugu. Celebrate #Tiger3 with #YRF50 only at a big screen near you on 21st April 2023. #KatrinaKaif | #ManeeshSharma | @yrf| #Tiger3.”

A few days ago, the cast and crew were in Delhi for the shoot of the movie. After wrapping the schedule, Salman had returned to Mumbai along with his co-stars Katrina and Emraan. The trio shot for the movie in several other foreign locations including Turkey, Austria, and Russia.

Tiger 3 will have Salman reprise his role of R&AW (Research & Analysis Wing) agent Avinash Singh Rathore aka Tiger, while Katrina will be seen playing the female lead, Zoya.