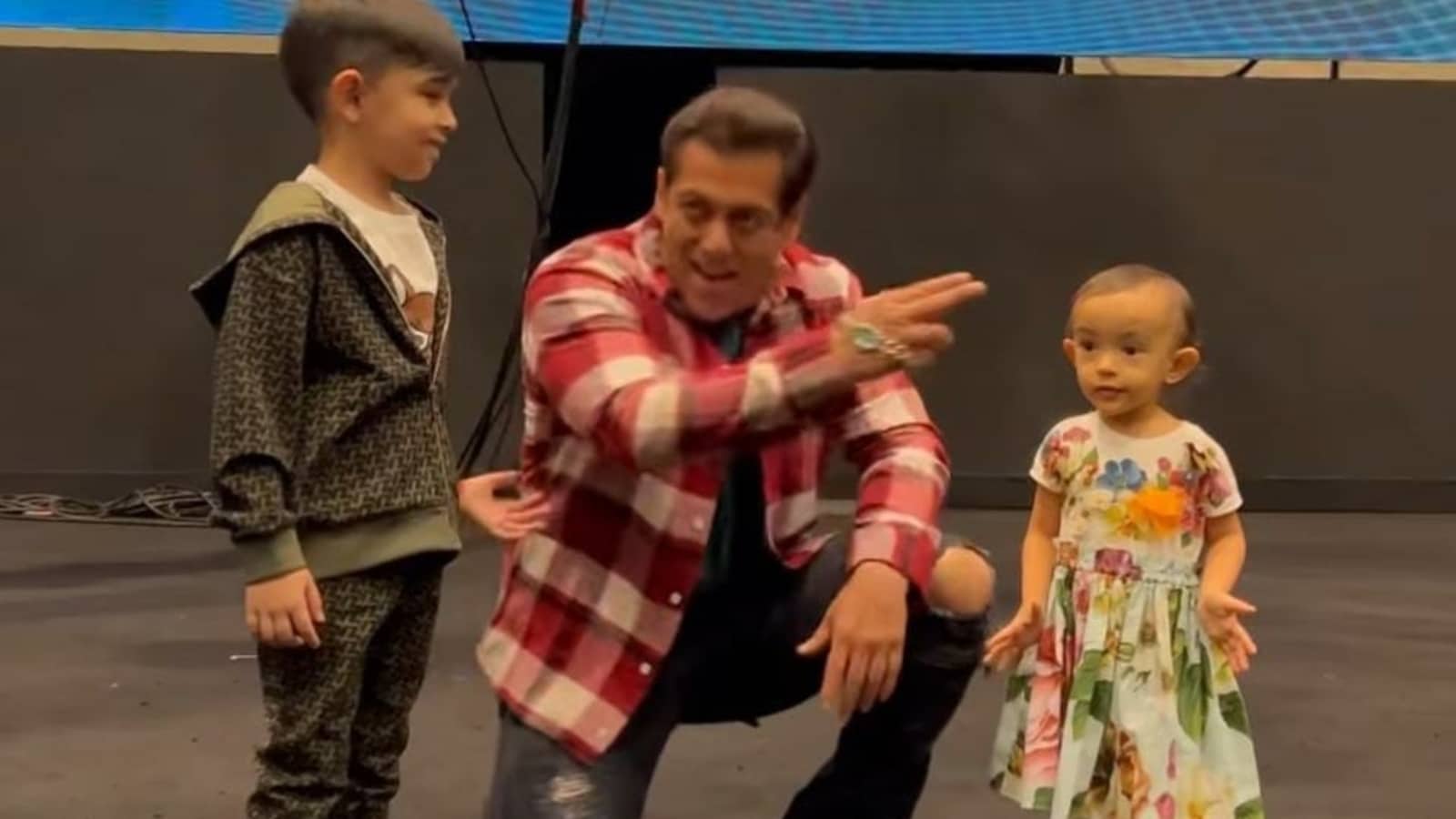 Actor Salman Khan is currently in Dubai preparing for the Da-Bangg The Tour Reloaded concert. In a new video that has appeared online, Salman can be seen entertaining his nephew Ahil and niece Ayat with a fun dance. The cute video has fans gushing about Salman’s equation with the kids with many calling him a fun uncle. (Also read: Salman, Katrina are bruised, bloody in photos from Tiger 3 shoot. See here)

The video was posted on Instagram by event production company brand JA Events on Thursday evening. It shows Salman hanging out with sister Arpita Khan‘s kids Ahil and Ayat in a backstage set up. The actor can be seen grooving to the song Allah Duhaai Hai from his film Race 3, encouraging the siblings to dance with him. A voice from behind the camera is heard urging the kids to dance.

Fans commented on the cute video with some praise for Salman. One social media user called him, “Best mama (uncle) ever.” Another wrote, “Very very cute”. Many other fans called the moment ‘adorable’ and ‘touching’. Arpita’s husband, actor Aayush Sharma, is also part of the event in Dubai.

The Da-Bangg Tour Reloaded performance is part of the ongoing Dubai Expo 2020. The show, scheduled for Friday night, will see Salman and Aayush joined by a host of other stars like Disha Patani, Sonakshi Sinha, Pooja Hegde, Maniesh Paul, and Saiee Manjrekar. Singers Guru Randhawa and Kamal Khan are also set to perform.

Earlier on Friday, Salman had posted on Instagram about the event. Sharing a picture of himself with the Dubai skyline and the iconic Burj Khalifa in the backdrop, he wrote, “Looking forward to performing in Dubai yet again tonight for the Da-Bangg Tour Reloaded at the Expo 2020. 9 pm at the DEC Arena.”