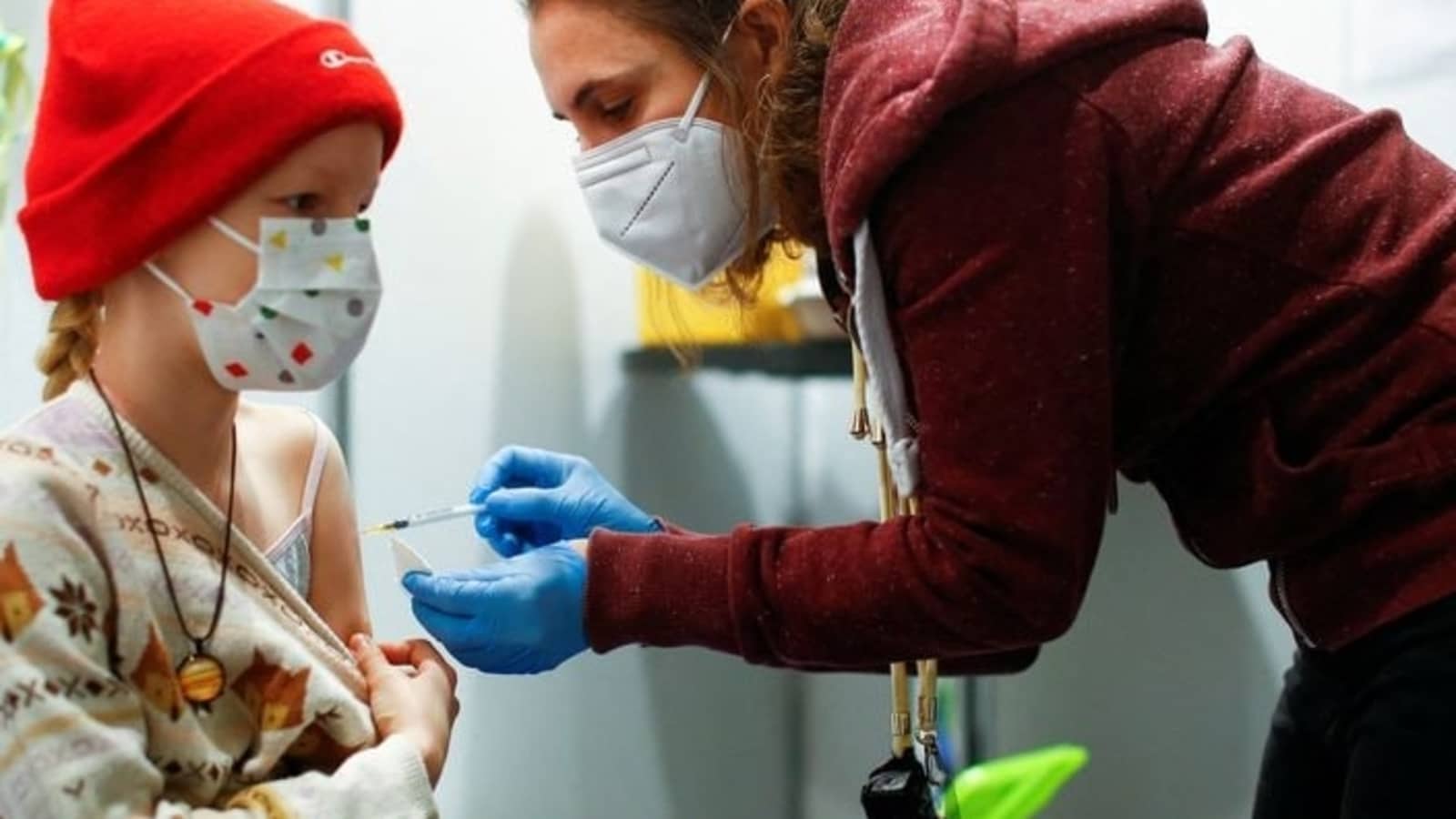 
The effectiveness of the Pfizer COVID-19 vaccine for children waned quickly during the Omicron surge in the US, especially among those aged 5 to 11 years, but the preventive was still protective against severe disease, according to a study. (Also read: Are Omicron-specific vaccines any better than original jabs? What early tests show)

Researchers from the New York State Department of Health and the University at Albany School of Public Health, US, estimated the effectiveness of Pfizer vaccine against COVID cases and hospitalisations.

The yet-to-be peer-reviewed study, posted on the preprint repository MedRxiv on Monday, found that the effectiveness of the Pfizer shots against infection caused by the Omicron variant fell from 68 per cent to just 12 per cent in children 5 to 11 years old within one month of being fully vaccinated.

Effectiveness against hospitalisation in the same age group was higher but also dropped substantially, falling from 100 per cent in early December to just 48 per cent by the end of January.

The study also found that while vaccine effectiveness fell for older children and teens, it fell more slowly than it did for smaller children.

The vaccine effectiveness waned from 66 per cent in early December to 51 per cent by the end of January for children in the age group of 12 to 17, the researchers said.

For hospitalisations, vaccine effectiveness fell from 85 per cent to 73 per cent over the same time frame, they said.

“In the Omicron era, the effectiveness against cases of BNT162b2 (Pfizer) declined rapidly for children, particularly those 5-11 years,” the authors of the study said.

“However, vaccination of children 5-11 years was protective against severe disease and is recommended,” they added.

The researchers said these results highlight the potential need to study alternative vaccine dosing for children and the continued importance layered protections, including mask wearing, to prevent infection and transmission.