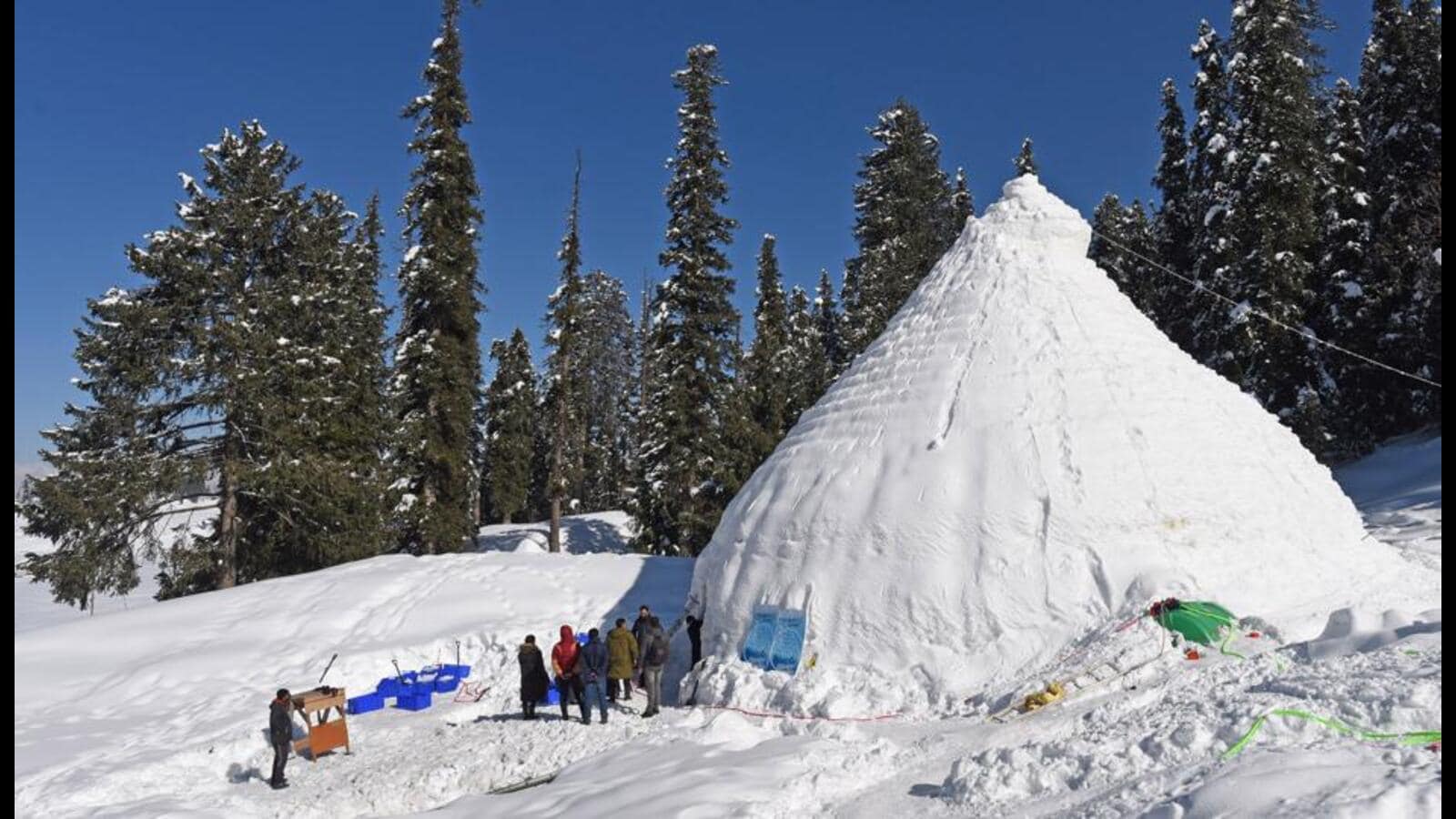 
As the J&K government is opening lesser-known destinations for tourists in the Valley, officials are upbeat about tremendous tourist arrivals in the first two months of the year to Kashmir, especially the tourist resort of Gulmarg.

The meadows of picturesque Gulmarg are draped with snow, the gondola, one of Asia’s largest and highest cable cars ringed by pine forests and snow-capped Himalayan mountain peaks, takes skiers and snowboarders to the height of 3,900 to 4,100 meters 13,500 feet to the Apharwat mountain. Thousands of tourists visited the place in January and February.

Officials said that in the first two months, 162,664 domestic and 490 foreigners visited Kashmir, which is an encouraging number keeping in view the Covid situation across the country.

And a majority of tourists visited the famous ski resort of Gulmarg that witnessed back-to-back snowfall.

The officials are already gearing up for spring tourist arrivals.

On Monday, secretary, tourism and culture, Sarmad Hafeez reviewed the tourism scenario of Kashmir in a meeting of all the chief executive officers of tourism development authorities and officers of the tourism department and impressed upon the officers to get ready for the upcoming tourist seasons

Hafeez directed officials for making efforts to further promote the 75 offbeat destinations identified by the department across J&K. “The officers should come up with ideas so that more and more tourists visit these lesser-known destinations in the days and months to come,” Hafeez said, adding that opening of other tourist destinations like Sonmarg and Doodhpathri has yielded good results.

Tourism had nosedived in Kashmir since August 5, 2019, when the special status of the erstwhile state was revoked and restrictions imposed on the movement of people for months. However, for the past several months, tourist arrivals towards Kashmir picked up gradually. More than five lakh tourists arrived in Kashmir last year has given hope to tour operators this year the number of arrivals could further go up.