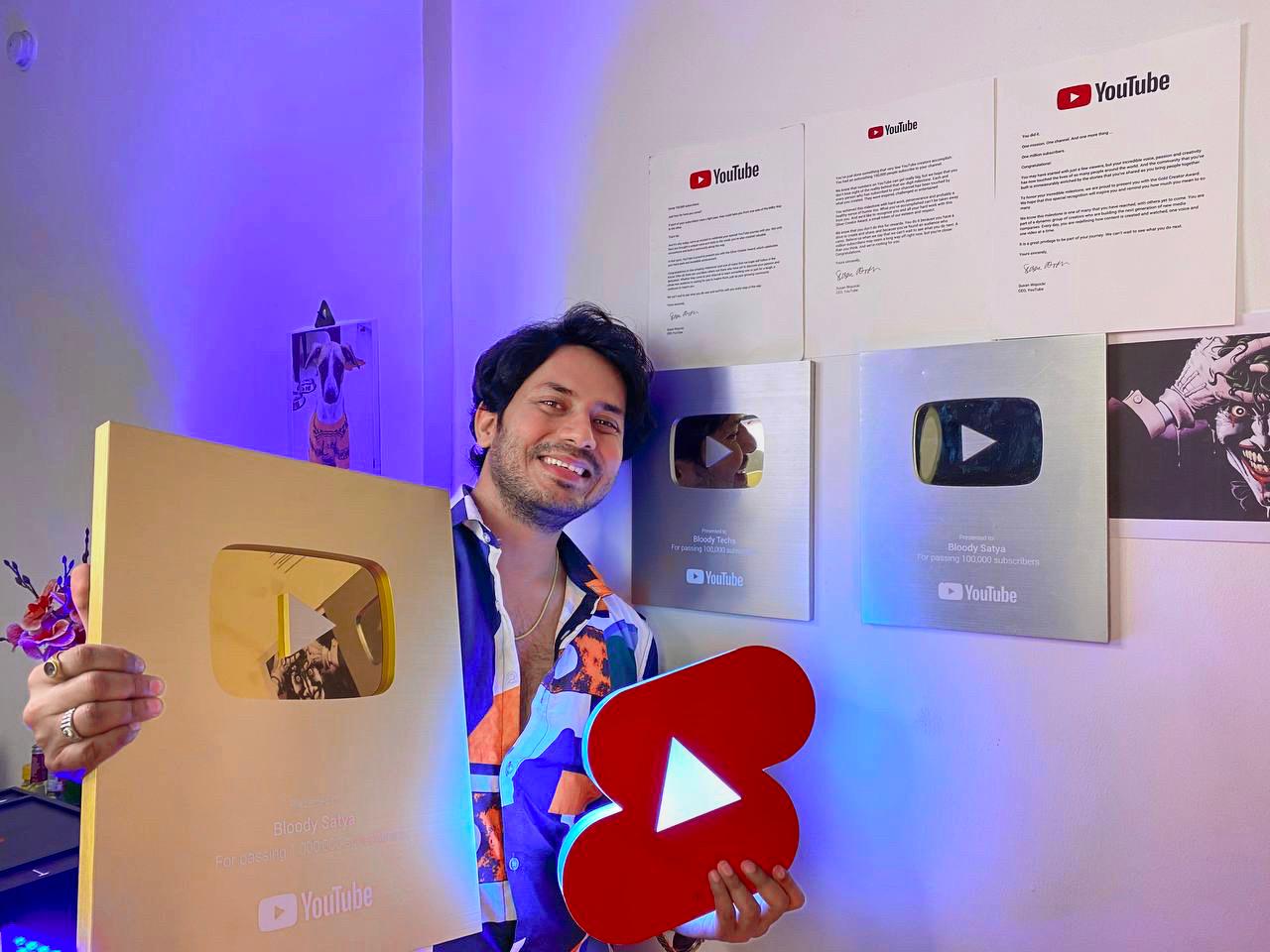 Nikhil Sonkeshariya, also known as Bloody Satya, is one of the top horror story & Fact Video Creators on YouTube and Instagram Reels. He has always been able to entertain the audience with his style of editing, background music & storytelling.

He Narrated Many Stories in Hindi and no one has done it in India yet with his amazing skills and ability to make us believe. Formerly, he was a Tiktok creator who never made lip syncs or copies of other’s sounds/content. He is the original content creator.

He is also spotted in TV Serials Like “Ghum hai Kisi ke Pyaar Mein” on Star Plus, “Crime Patrol” on Sony Tv, “Tarak Meheta Ka Oolta Chashma” on Sony Sab and And Many More. His family has always supported him during his struggle and have appreciated his work even when he was lacking in many respects.

Currently, he is a quite popular YouTuber & Instagram star in Mumbai. He received many sponsors from different brands and worked with Cashkaro, Binomo, Kuku Fm, and many more.

Nikhil is an imposing man of 5’10” which has a commanding built which is sufficient to scare the shit out of anyone. He has an expressive face, naturally Hazel eyes which he puts to great effect. He has a grim and Deep voice which is very helpful in building the much-needed suspense of a Horror story and create horror. He Has Done his Bachelor Degree in “Mechanical Engineering” From RKDF COLLEGE OF ENGINEERING BHOPAL. He spends most of his time creating, editing, and thinking about content. He Loves to Travel & Watching Movies With Friends. He is Currently Unmarried Just Want to Focus on His Career as of now.

His fans love him in his voice, which makes them watch more of his videos.

He has over 1.6 million Subscribers on Youtube, and 1 Lac 50 Thousand followers on Instagram. The biggest reason for his growth is that he is constantly improving content and production quality. And upload 2-3 videos daily which is not an easy task for anyone. Besides social media, he also owns a Production Company Known as “Bloody Satya Films” under which he makes Short Films, Webseries, Albums and Ad Films.