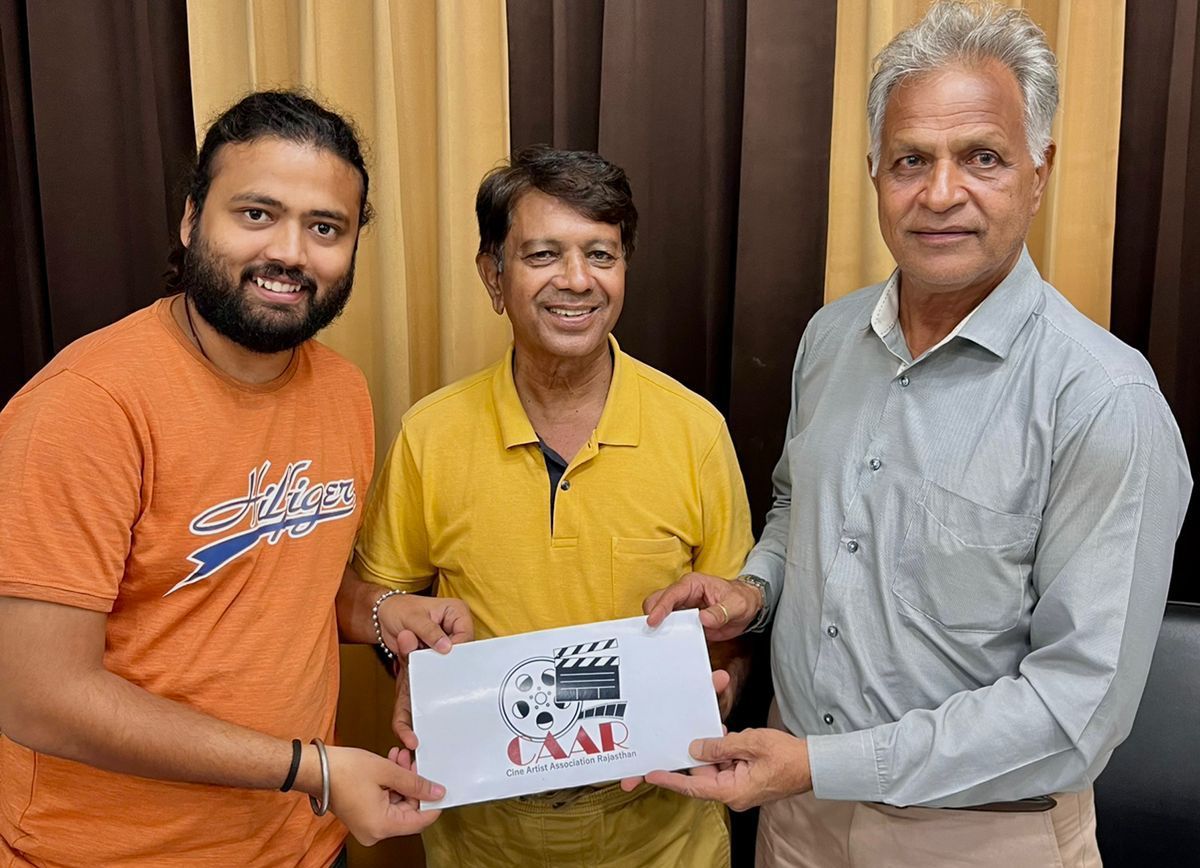 Recently, Cine Artist Association of Rajasthan has come with it’s new Logo and the same has been launched in it’s office in Jaipur by Bollywood Director & Producer Mr. Pappu Verma, along with Appi Badmsh and Shiv Pawar(Senior Vice President). During this occasion there held a healthy discussion between Appi Badmash and Paapu Verma about the development/improvements of Rajasthani Film Industry.  And Mr. Verma has also been informed about the Govt. Schemes of Rajasthan regarding Film Industry by Appi Badmsh-Vice President  CAAR.

Mr. Pappu Verna has guided the Core Team members of CAAR that how the association can work in order to improve and develop Rajasthani Film Industry.