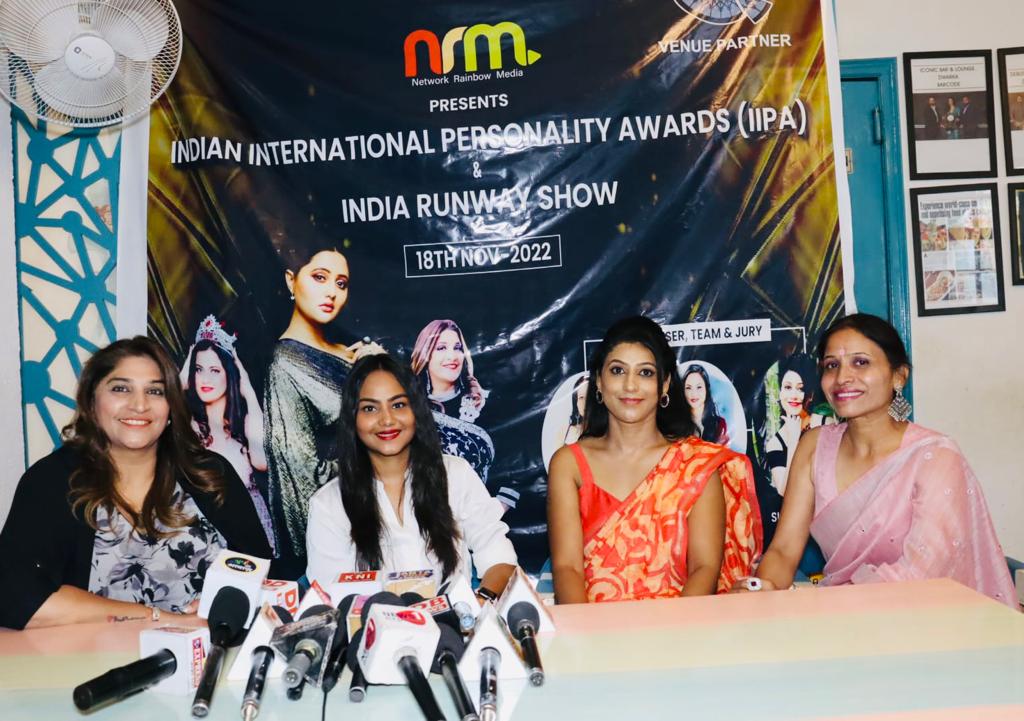 The press conference was organized by the network Rainbow Media at Cafe Di Milano located in Dwarka Sector 13, Delhi. This press conference was organized by Anjali Maurya who shared information about her upcoming 2 big shows. The organizer of the show, Anjali Maurya, while talking to the media, said that the network Rainbow Media Company is going to do 2 big shows on November 18, 2022, for which we have started preparations. Anjali told about the show that we have an award show named International Indian Personality Award (IIPA) and second show is India runway show which will be a fashion show . The celebrity guest will be Rashmi Desai, for IIPA – awards we will select 60 to 70 awardees from all over India and honor them, by the hands of RASHMI DESAI on the other hand

In India runway show we will select the winners in all categories, Mr., Miss, Mrs., and plus size not just that we will also give the trophy for best fashion designer . This will be the first such runway fashion show in the country in which Runway Queen and Runway King & best fashion designer will be given the trophy. Along with organizer, Anjali Kapoor was also present in this press conference, who will be present as a jury member in the grand finale of the show, Shama Dubey and Kalpana Sharma are also present in this press talk, they will act together as mentor and jury member on the show. Anjali Kapoor told that as always this show of network Rainbow Media will be successful and will provide the best platform to the people, I thank the organizer of the show Anjali who gave me such an important responsibility, Anjali Kapoor further told that ,

We will give diamond tops to the winner in the plus size category. Shama Dubey told that I have been with the network Rainbow Media team since last one year, who always organize the show very well, so this time we are supporting the show organizer Anjali with shoulder to shoulder. Kalpana Sharma told that we are always waiting for every event of network Rainbow Media because every time something new happens by their team in the show and due to this the excitement level increases. , Anjali also told that the purpose of conducting our show remains the same, to promote the participants and to provide them a platform so that people can know them and all of them can go ahead and illuminate the name of the country. I thank Anjali Kapoor, Shama Dubey and Kalpana Sharma & all the media persons who attended this press conference.