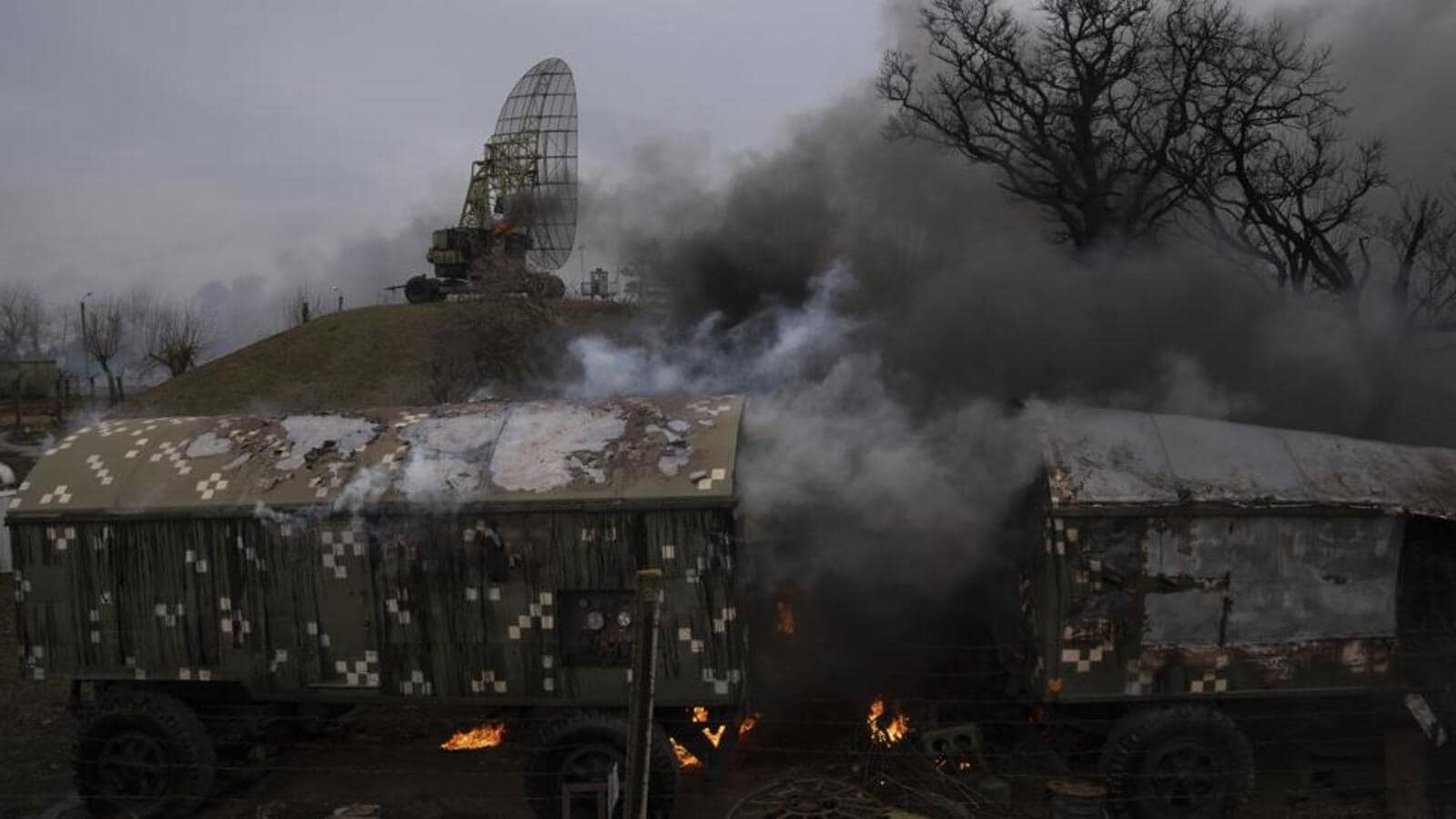 
With Russia launching a military operation against Ukraine on Thursday, parents of nearly 20,000 Indian students are desperately trying to figure out how to get their wards home and also stay in touch while the students remain stranded in the conflict zone, according to the external affairs ministry.

Sukaniya Bhatia, a school teacher in Punjab’s Ludhiana, has been anxiously watching the latest developments in Ukraine as her daughter, Bhanvi Bhatia, is a third year MBBS student in that country. She is in constant touch with her through video calls.

“We don’t know what will happen to my daughter,” Bhatia said, as she watched the latest news on Ukraine on television. She added that the Ukraine government had declared an emergency and asked the students to evacuate, but there was no clear direction on how the students should leave.

“Bhanvi was supposed to leave for India on February 25. But, before that the attack happened,” she said. Now, all flights from Ukraine have been suspended and the MEA is looking for alternative routes to evacuate the students.

Before the internet services were shut down, Bhanvi Bhatia, a student of Ternopol National Medical University in the western region of Ukraine told her parents that people are stocking food and some are heading to the nearby metro stations for safety. “There is acute shortage of water in the city,” she told her parents.

Her father Ashwani said they had spent a fortune to send their daughter for studies to Ukraine. “Now she is half way through her studies and tension has begun in Ukraine. Firstly, I am worried about the safety of my daughter and secondly, I am concerned as to what would happen to her career and she may have to remain away from studies before normalcy returns,” he said.

Vidisha-based Shrishti Wilson, who is still in Kyiv, told the local media through a video call that she had been trying to return to India for the past two weeks. “Yesterday night, we got to know about imposition of national emergency. We are locked in a safe place but we can hear the noise of bombs, police sirens and an ambulance,” she said.

Kolkata-based Anindya Sekhar Bhadra, 21, said there was a “war-situation” in Vinnytsia, where he is enrolled in third year of a MBBS course. “There was a huge explosion around 8:30 am today. Streets are almost empty and there are long queues outside ATMs and at shopping malls as people are stockpiling. It took me 45 minutes to buy milk and sugar from a nearby store,” he told HT over phone.

Bhadra, a third-year-student of National Pirogov Memorial Medical University, stays in a hostel at Vinnytsia, around 270 km southwest of Kiev. “I decided to stay back as online classes were going on and exams were to be held in June. I have already lost several months during the Covid-19 pandemic,” he said. With the attack, his parents are calling him every day and asking him to return. “I am stuck as airports are closed,” he said.

Harshit Sharma, a resident of Bhopal, was, however, more fortunate as he returned from Ukraine on Wednesday, a day before the Russian invasion.

“I am third year medical student of Vinnytsia National Pirogov Medical University, 300 km from Kyiv. When I boarded the flight, the condition was normal in residential areas. There was a tension in border areas only but now my friends who are still stranded in Ukraine said emergency has been imposed in the country. The movement of police has increased after declaration of war,” he said. He added that in the university where he studies as many as 100 students are still stranded.

Lucknow-based AK Sachan, father of Raksha Sachan, a second year medical student at the Lviv National Medical University, Lviv, is relieved that his daughter arrived in India on Wednesday night.

“We made numerous efforts to fly our daughter back to India because of uncertain conditions in Ukraine. I booked the tickets a week back on 16 February and she came back last night,” he said.

(With inputs from reporters in Lucknow, Bhopal, Kolkata and Ludhiana)