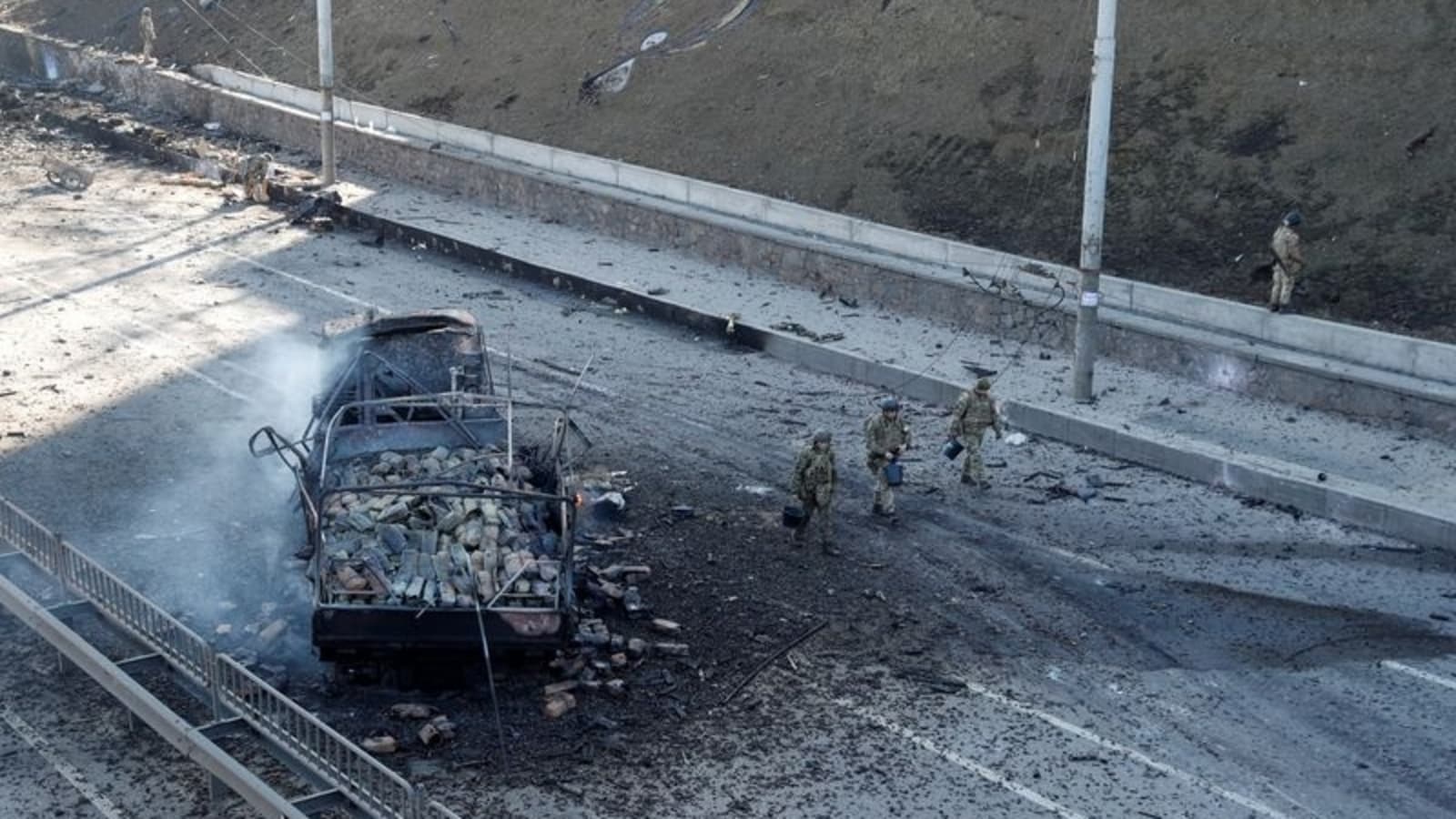 In a latest message to the stranded Indian nationals in war-gripped Ukraine, the Indian embassy in the east European country has asked them to move away from the conflict areas to the western side owing to “security situation and extant regulations”.

Taking to Twitter on Sunday, the embassy said that Ukraine Railways is organising free-of-cost “emergency trains” on a first-come-first-serve basis from Kyiv. “Schedule can be found at train stations,” the statement added.

The latest guideline comes as Russian forces entered Kharkhiv – the second-largest city of Ukraine, causing heavy battle between them and the Ukrainian soldiers. Sunday marks the fourth day of the Russian military operation in Ukraine.

Ukraine Railways is additionally organising emergency trains at no cost, first come basis from Kyiv. Schedule can be found at train stations.
🇮🇳n diaspora is advised to move away from conflict zones to the Western region subject to security situation and the extant regulations.

India has consistently put forth its concern regarding the safe exit of its nationals, which primarily includes students, from Ukraine. A fourth Air India flight, carrying 240 Indian nationals, as part of Operation Ganga, is scheduled to land in Delhi from Romania’s capital Bucharest later in the day.

Notably, India is evacuating its stranded nationals from Ukraine via various land routes in the European nation’s neighbouring countries Romania and Hungary. Poland and Slovakia have also stepped in to help India in bringing its people back home. The land routes were planned after Ukraine shut its airspace on Thursday soon after Russian President Vladimir Putin declared the military operation in the country.