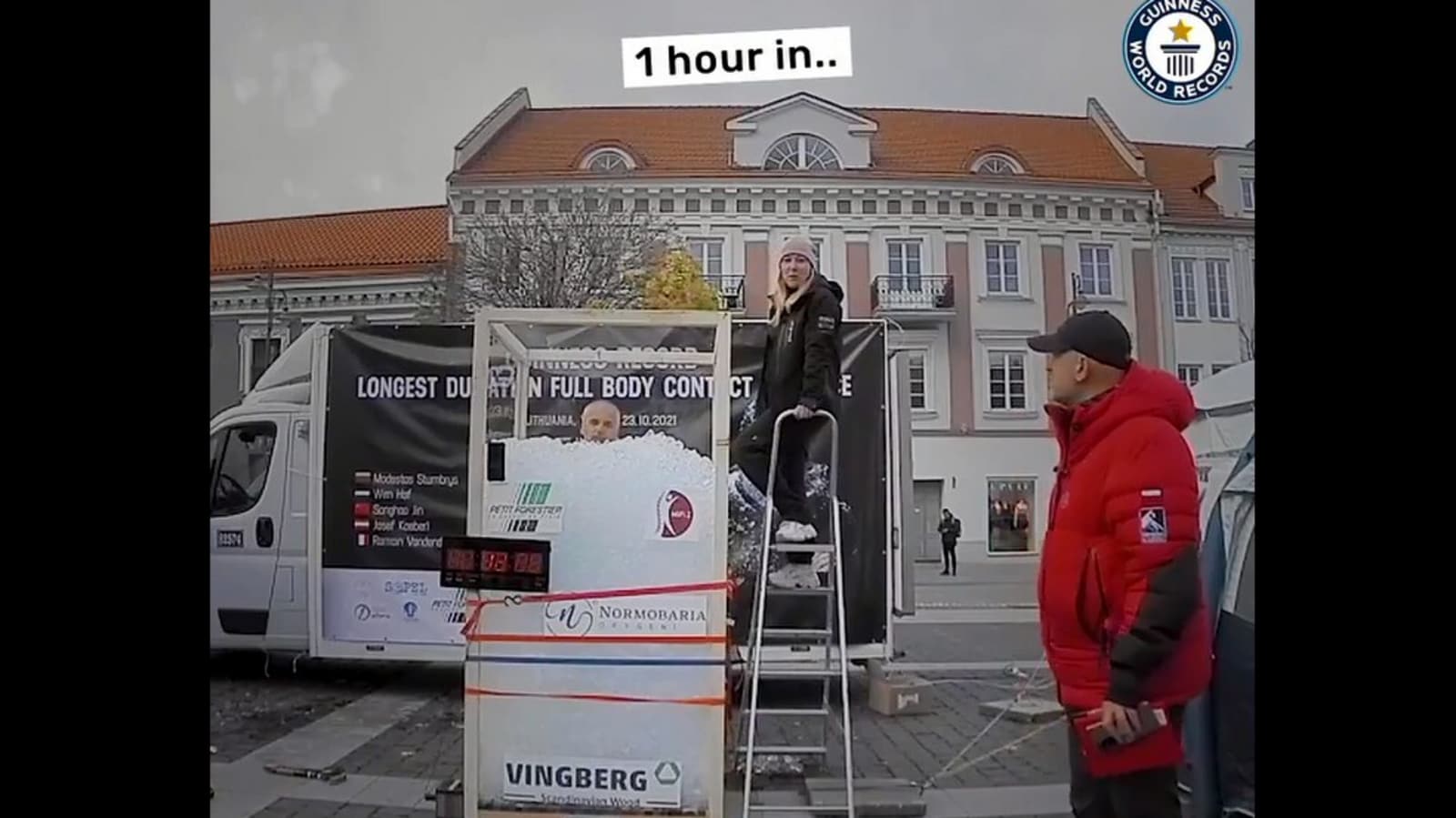 
A video of a man creating an ice-related record has left people surprised and intrigued. Posted on Instagram, there is a possibility that the clip will have the same effect on you too. The video shows a man sitting inside a box filled with ice to bag a record. That man is Valerjan Romanovski from Poland who created the record after sitting for over three hours inside the ice-filled box.

Guinness World Records (GWR) took to their official Instagram page to share the video. “Bone-chilling ice endurance from Poland’s Valerjan Romanovski,” they wrote. They also added several hashtags, including one that reads #officiallyamazing.

The video documents how Romanovski sat in the ice-filled box to create the record even when the weather outside was 8 degrees and windy. The video also shows the attempt of previous title holder for the same record.

Take a look at the video that may leave you stunned:

The video has been posted about 17 hours ago. Since being shared, the clip has gathered more than 83,000 views and the numbers are only increasing. The share has also prompted people to post various comments.

“Kudos,” wrote an Instagram user. “Now, this is a record,” praised another. “Wow,” expressed a third. A few also posted fire emoticons to showcase their reactions.

“I do believe that the potential of the body and above all, mind, is much greater than what we all assume. Working on the body and mind is my passion and it gives me great satisfaction,” Romanovski said while taking about his record, reports a GWR blog. Turns out, for achieving this particular record, he spent half-a-year training.

“I have been dealing with the cold for several years. Previously I was doing endurance cycling (he has previously achieved the record for farthest distance cycled off-road in 12 hours male, with 314.65 km / 195.51 miles in 2017). I prepared for the ice record in a similar way to cycling (training, rest, regeneration). I trained in ice, in icy water and in freezing air. In the house where I live, I bathe in cold water. In training, I spent up to 90 minutes in the ice. I added into my training plan the treatments in a Normobaric chamber. Before the record, I also slept in this chamber,” he explained about his training process, cites the blog.

He also described that having this title is a “distinction and a sign that he has mastered a given field. ” He also added that he dedicates “each of his records to people suffering from cancer. ”

What are your thoughts on this world record?