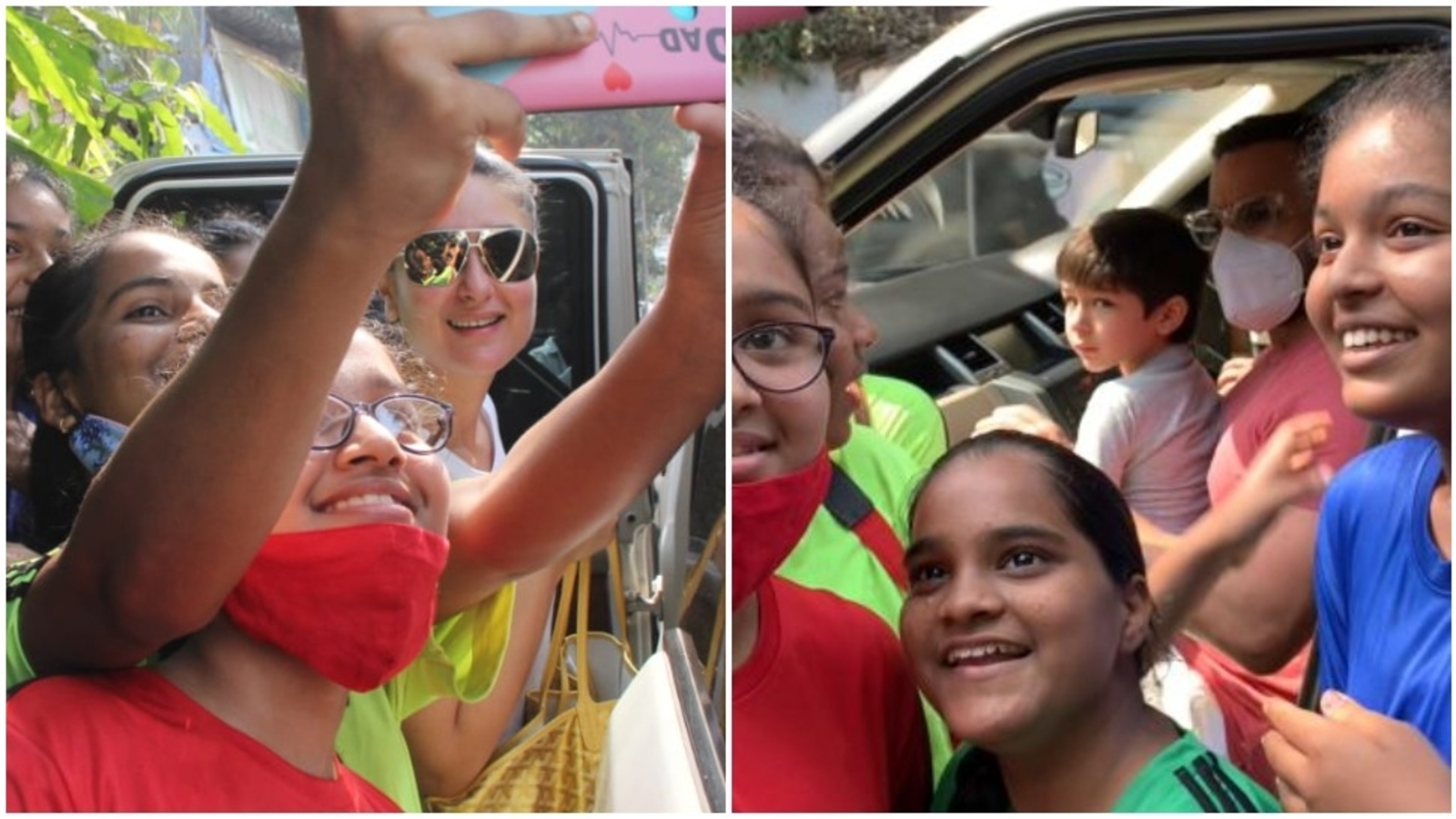 
Actor-couple Kareena Kapoor and Saif Ali Khan on Sunday morning posed for selfies with children as they headed out of a cafe in Mumbai. Several pictures and videos of the couple, along with their elder son Taimur Ali Khan, surfaced online. After they stepped out of the cafe, a crowd waiting outside asked for pictures. Kareena, before getting inside the car, smiled for several photos with the girls. (Also Read | Kareena Kapoor wishes ‘most gorgeous’ step-son Ibrahim Ali Khan on birthday with throwback pic featuring Saif Ali Khan)

Saif Ali Khan, who sat in the front seat of the car with Taimur, also posed for pictures. Taimur held a phone in his hand and had a confused expression on his face as he looked at the crowd. However, when the children insisted on taking more photos, Saif asked them to step aside and shut the door.

For the morning outing, the couple was dressed in casuals. Kareena Kapoor wore a white T-shirt, black pants, and white sneakers. She also carried a golden bag and had sunglasses on. Saif wore a pink T-shirt, white pants, and dark glasses. Taimur opted for a grey outfit.

Saif and Kareena tied the knot in 2012. Four years later, in 2016, the two were blessed with their first son Taimur, and last year, they embraced parenthood once again with the birth of Jeh.

Meanwhile, Kareena will be seen next with Aamir Khan in Laal Singh Chaddha. The film is the official Hindi remake of the 1994 Hollywood blockbuster Forrest Gump featuring Tom Hanks. The Hindi version is adapted by Atul Kulkarni and directed by Advait Chandan. The film also stars Mona Singh and Naga Chaitanya, among others. It is backed by Viacom18 Motion Pictures and Aamir Khan Productions

Saif also has several films in the pipeline including Adipurush and Vikram Vedha. Filmmaker Om Raut’s magnum opus Adipurush will arrive in theatres in 3D on January 12, 2023. The multilingual period saga features Prabhas as Lord Ram and Saif as Lankesh. It also stars Kriti Sanon and Sunny Singh. Saif will be seen with Hrithik Roshan and Radhika Apte in Vikram Vedha.