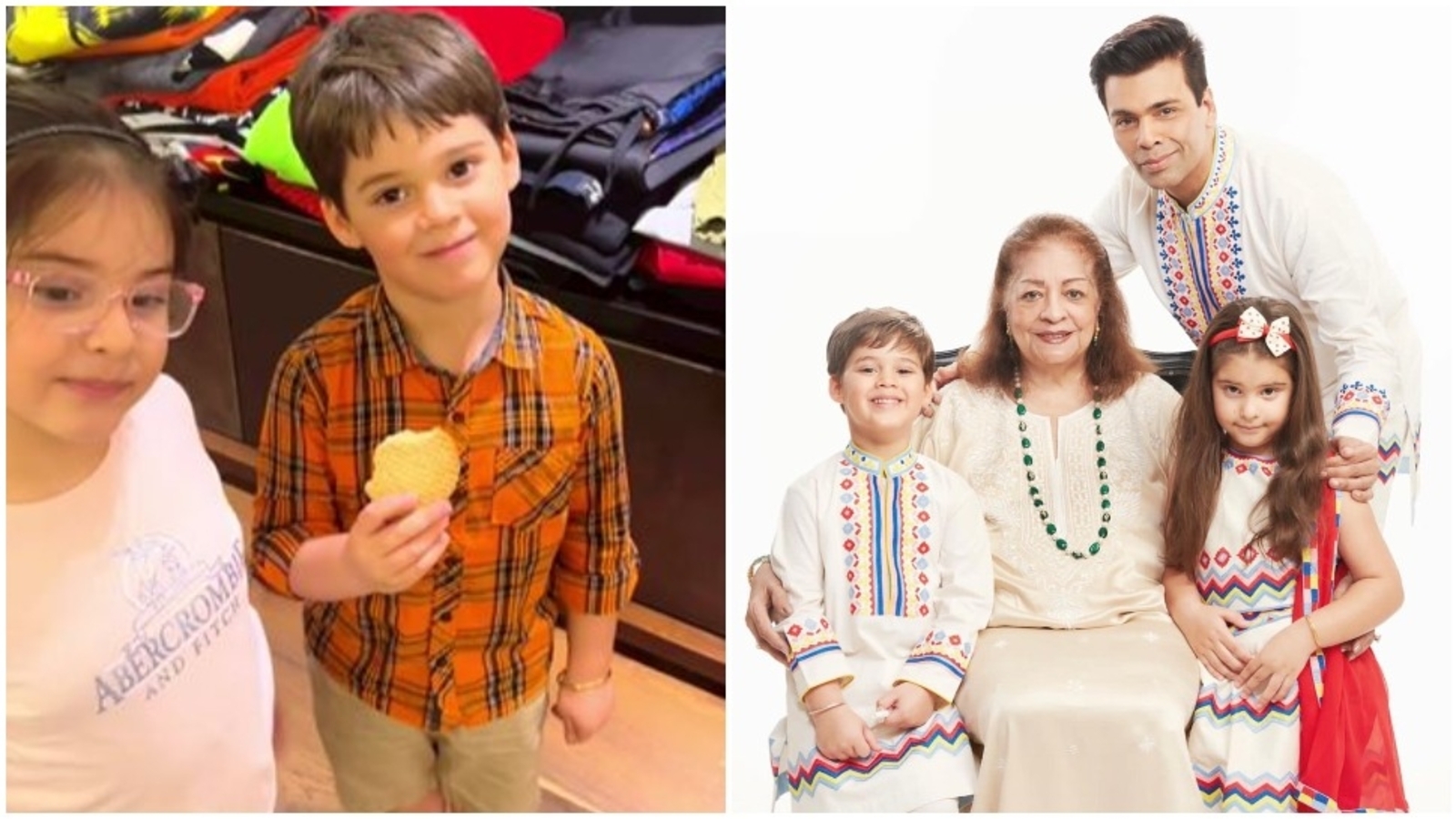 
Filmmaker Karan Johar teased his twins Roohi Johar and Yash Johar by calling them ‘useless weather reporters’. Taking to Instagram on Saturday, Karan shared a video in which Yash also pulled his father’s leg over his gargle habit. In the clip, Yash and Roohi are seen goofing around inside Karan’s wardrobe space. The duo was seen eating biscuits in the video as they spoke to Karan. (Also Read | Karan Johar’s twins Yash and Roohi give a twist to Deepika Padukone’s Gehraiyaan song Doobey, sing ‘Doogay’. Watch)

As Yash and Roohi laughed at him, Karan asked his daughter if she would like to report something about the weather. Roohi said, “It sure is shining today.” An irritated Karan shouted, “He’s saying it’s raining, you’re saying it’s sunny. You all are useless weather reporters.” Both the children started giggling at Karan’s remark.

Yash then teased Karan saying, “Daddy, you need to gargle and spit it in the bathroom.” Laughingly, Karan asked him, “Are you trying to say when I gargle I spit it elsewhere? I’m a very very very very dutiful citizen.” Karan next asked Yash to say “toodles” and he rhymed and said “toodles, poodles.”

In a Twitter post, Karan’s banner Dharma Productions announced the casting of their new film, which also stars upcoming actors Lakshya Lalwani and Gurfateh Pirzada. “The Dharma family continues to grow! Watch Shanaya enchant her way into your hearts with #Bedhadak – directed by Shashank Khaitan,” the tweet read.