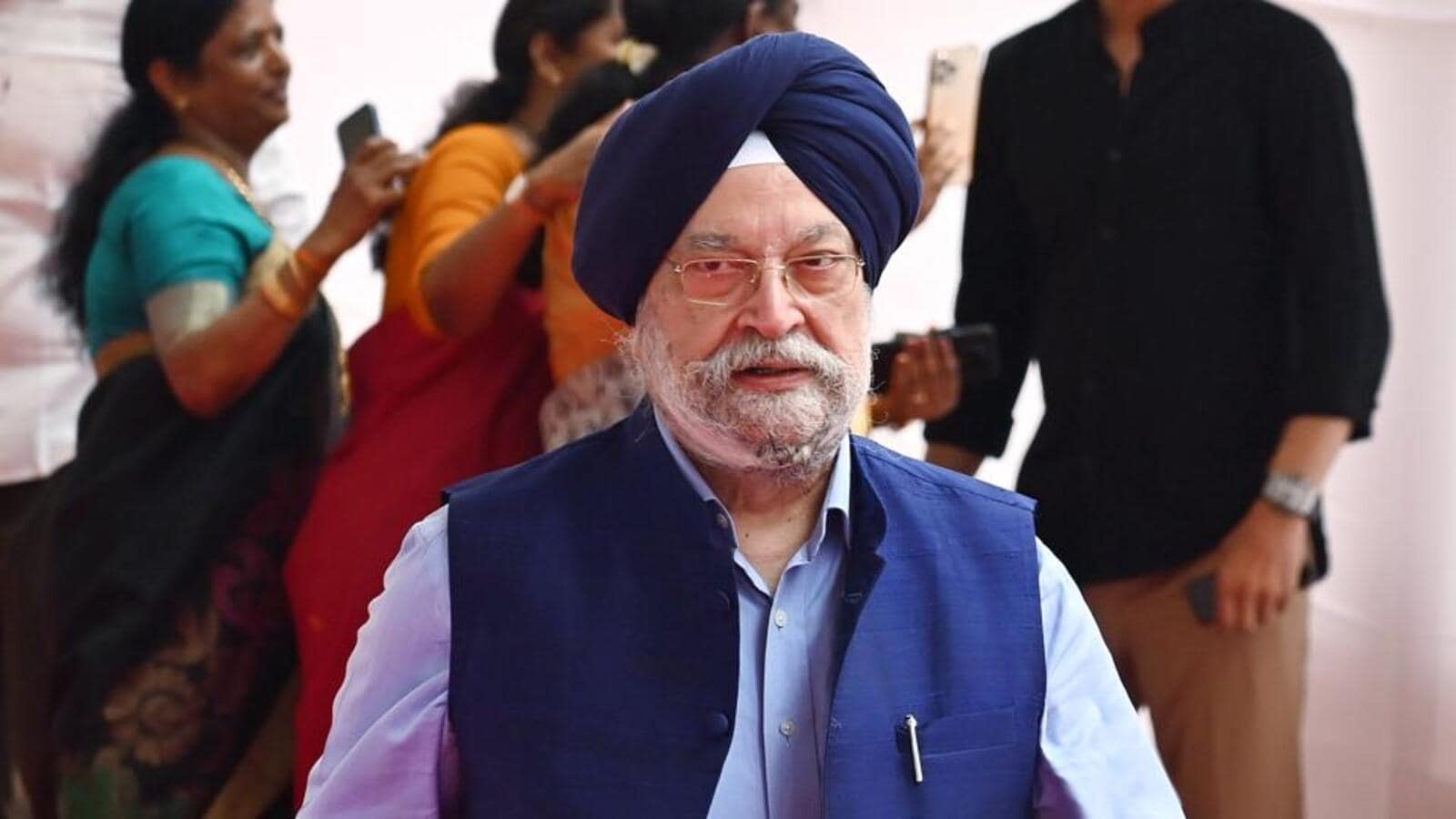 NEW DELHI: India’s petroleum consumption is currently about 5 million barrels per day, which is growing at 3%, higher than the average global growth rate of around 1%, Union petroleum minister Hardeep Singh Puri said, adding that the government has managed global energy challenges “very well” by shielding the economy from vagaries of international oil prices.

“Government of India has navigated the global energy challenges very well, insulating the developing economy from the rising global crude and gas prices. At present, 5 million barrels of petroleum is being consumed in our country every day and it is also increasing by 3%, which is higher than the global average of around 1%,” an official statement quoting Puri said.

The minister is in Jaipur to attend the three-day South Asian Geoscience Conference, Geo India 2022 where he presented the Life Time Achievement Award to veteran geologist and former exploration director of ONGC, Shyam Vyas Rao, it said.

According to official data, India’s total petroleum consumption in 2019-20 was 194.3 million metric tonnes (MMT), which rose by about 5% to 204.2 MMT. The annualised consumption growth in April-September 2022 was 107.7 MMT, about 13.6% growth as compared to 95 MMT in the April-September months of 2022, according to provisional data of the Petroleum Planning and Analysis Cell (PPAC).

India is the world’s third-largest importer of crude oil after the US and China, which imports about 55% of its natural gas requirements and 85% of the crude oil it processes.

After international oil prices soared because of the Ukraine war and sanctions against Russia, Indian state-run oil marketing companies (OMCs) have frozen pump prices of petrol and diesel since April 7 to save people from a spike in automobile fuels, which have an inflationary impact.

The government also slashed excise duty to calm prices and recently provided ₹22,000 crore one-time grant to public sector OMCs for not passing the international prices of cooking gas to people. While cooking gas rates jumped by over 300% globally, the three OMCs – Indian Oil Corporation, Bharat Petroleum Corporation and Hindustan Petroleum Corporation – raised its rate by only 72% in two years (June 2020 to June 2022). To protect consumers from rising international oil prices, the Centre also slashed excise duties on petrol and diesel in November 2021 ( ₹5 per litre on petrol and ₹10 a litre on diesel) and May 2022 ( ₹8 a litre on petrol and ₹6 on diesel). While many states followed the Centre by reducing the VAT (value-added tax) on fuels, some states did not sacrifice their revenues.

At the inaugural session of Geo India 2022, Puri spoke about the government’s resolve to reduce dependence on fossil fuels through alternative energy sources.