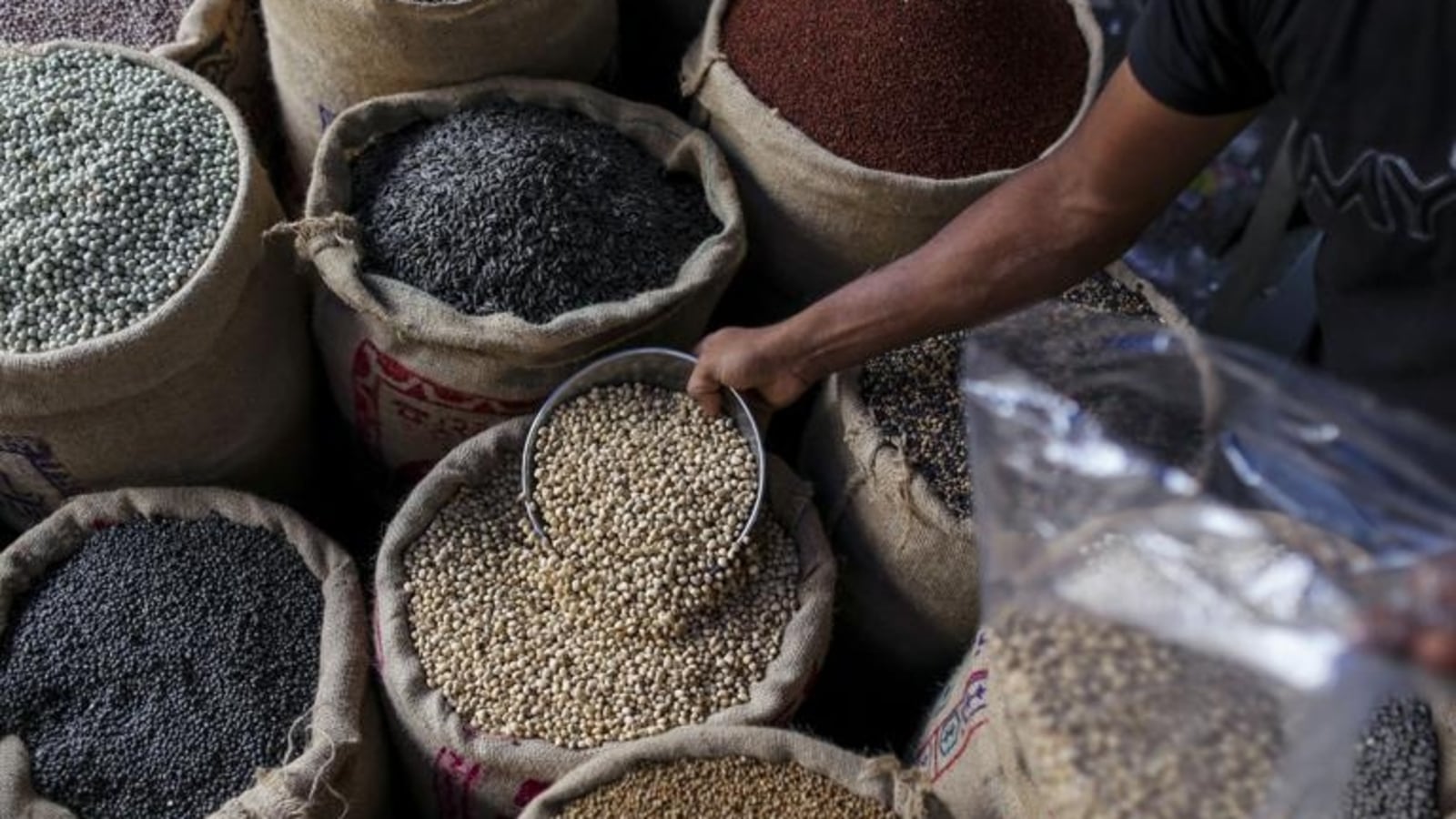 The Union government has extended cuts in levies on certain varieties of lentils (pulses) and started stockpiling imported ones to replenish markets, taking further measures to cool spiraling prices, an official said on Friday.

While the government’s interventions have helped stabilize prices of pulses, costlier cereals, milk, vegetables and protein surged the most in two years in September.

India’s retail inflation accelerated in September to a five-month high of 7.41% year-on-year, driven by food prices, which stood at a record 8.6%, according to latest official data.

The government is in the process of releasing 88,600 tonnes of chana (gram) at a discounted price of ₹8 per kg following requests from Uttar Pradesh, Gujarat, Himachal Pradesh and Tamil Nadu. The decision to sell pulses at a discount was approved by the Cabinet last month to boost supplies.

Pulses inflation rose marginally in September at 3% due to lower duties and higher imports in the previous financial year. The government had also imposed stock limits in July under the Essential Commodities Act, he said. Currently, the government holds 4.38 million tonnes of pulses under the price stabilization fund.

To ease import of pulses and boost availability, the government has also decided to waive duties on import of tur and urad till March 2023. In the case of lentils, a cut in basic import duty and a waiver of agriculture infrastructure and development cess have been extended till March 31, 2023, Singh said.

A heat wave in March crimped wheat supplies, prompting the government to ban exports. Lower sowing of rice and a delayed withdrawal of monsoon have pushed up the price of rice. Anticipating supply issues, India, the world’s largest overseas seller of rice, in August imposed a 20% tax on export of various grades of rice.

“The surge in prices of cereals, vegetables and pulses is continuing into October as well. The unseasonal rains are further expected to keep the food prices volatile. We expect the RBI to hike repo rate by 35-50 bps in December, with the next move being more data dependent,” said Upasna Bhardwaj, chief economist, Kotak Mahindra Bank, in a research note.