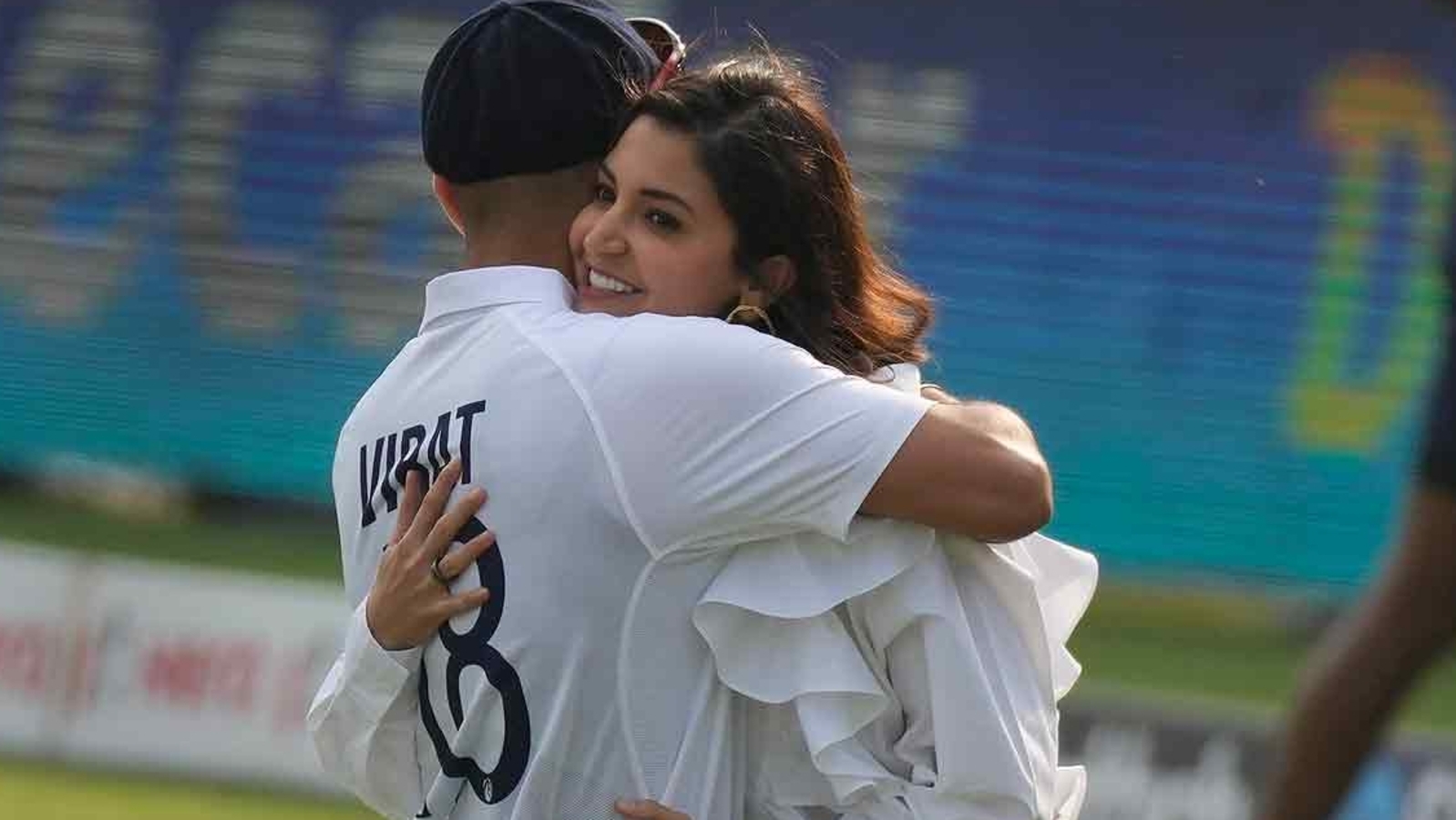 As Indian cricketer Virat Kohli plays his 100th Test match for India starting Friday, he has given a shoutout to his wife, actor Anushka Sharma in an interview. Calling her his ‘pillar of strength’, Virat says Anushka has helped his evolution into a better person. In the video released on the eve of Virat’s landmark game, Virat speaks about Anushka and how she has transformed him. (Also read: Anushka joins Virat on field ahead of his 100th test match, he thanks her)

Virat is playing his 100th Test for India against Sri Lanka in Mohali.  Anushka, daughter Vamika and other members of his family have joined the cricketer in Mohali for the occasion. Before the match began, Virat spoke about his career, the occasion, and Anushka’s support in a candid video interview with the Board of Control for Cricket in India (BCCI).

In the video posted on BCCI’s website, Virat says, “Anushka has been a huge influence in my life. Eventually the influence in your life filters down to your game as well. Game is part of life. I have become a completely changed man for all the right reasons. I have evolved in the right way.”

The cricketer adds that he is grateful to have a partner like Anushka in his life. “I am grateful and thankful to God that I got a life partner like her. She has been an absolute pillar of strength for me. I know people say this a lot but I truly understood the meaning of this when I started evolving as Anushka came into my life. I wouldn’t have been able to go in with so much composure and zeal if it wasnt for her in my life,” he adds.

Anushka joined Virat in the field of play on Friday morning for his felicitation by his teammates and coach ahead of the game. Team India head coach Rahul Dravid gave Virat a special commemorative cap, following which, Anushka and Virat posed with the memento.

Anushka will herself be seen as a cricketer in her next film, Chakda Xpress. The film would trace former captain of India national women’s cricket team Jhulan Goswami’s inspirational journey.