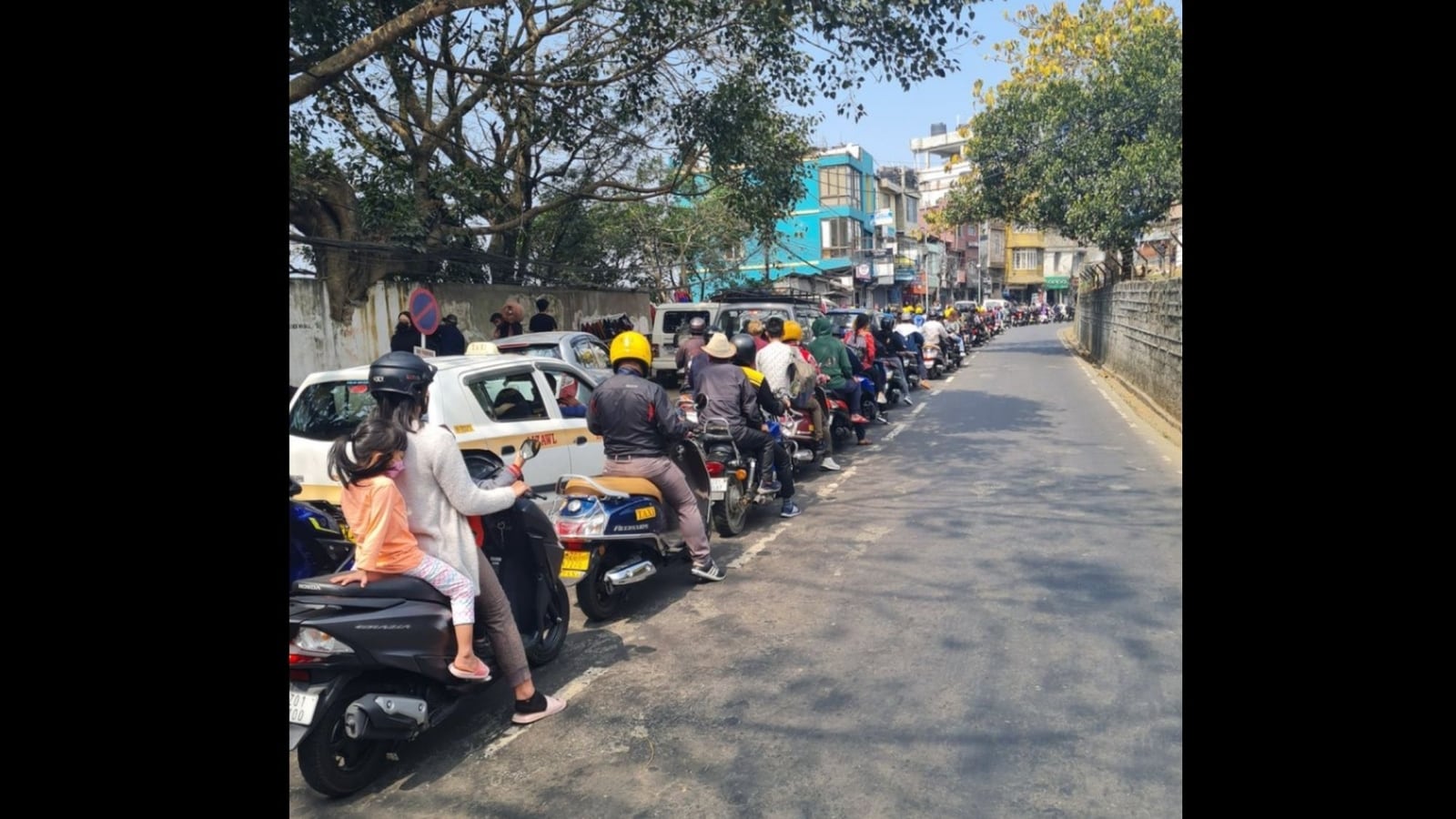 Being stuck in a traffic jam in a city is all too common. Amid the commotion and constant honking, one can see people tend to drive towards the incoming side of the road to get ahead. But this photo shared on Twitter by industrialist Anand Mahindra is something which is out of the routine and quite a good example of how to behave in a traffic jam. The photo was shared by Anand Mahindra on Tuesday and it has already received more than 42,000 likes.

In his recent post, Anand Mahindra praised the state of Mizoram for following the rules and said it has an important message for all of us. He also shared a picture that he said is captured in the state and shows its amazing traffic discipline.

“What a terrific pic; Not even one vehicle straying over the road marker. Inspirational, with a strong message: it’s up to US to improve the quality of our lives. Play by the rules… A big shoutout to Mizoram,” he shared while reposting a tweet by a man named Sandeep Ahlawat.

The photo is reportedly from Mizoram according to the original tweet. It shows vehicles in a queue on the road waiting in an orderly manner in the traffic and not a single vehicle straying over to the incoming side of the road even though there are no vehicles coming from that side.

What a terrific pic; Not even one vehicle straying over the road marker. Inspirational, with a strong message: it’s up to US to improve the quality of our lives. Play by the rules… A big shoutout to Mizoram. 👏🏼👏🏼👏🏼 https://t.co/kVu4AbEYq8

“Traffic police in the state of Mizoram & Meghalaya are very strict and strong. They do not care and spare MLAs even. Straight way fine imposed,” commented a Twitter user. “Sir we need to learn from them and enforce some discipline in our cities as well, especially Mumbai,” another commented.

This user shared a photo from Sikkim’s capital Gangtok about how cars follow discipline on the road.

What do you think about this post shared by Anand Mahindra?