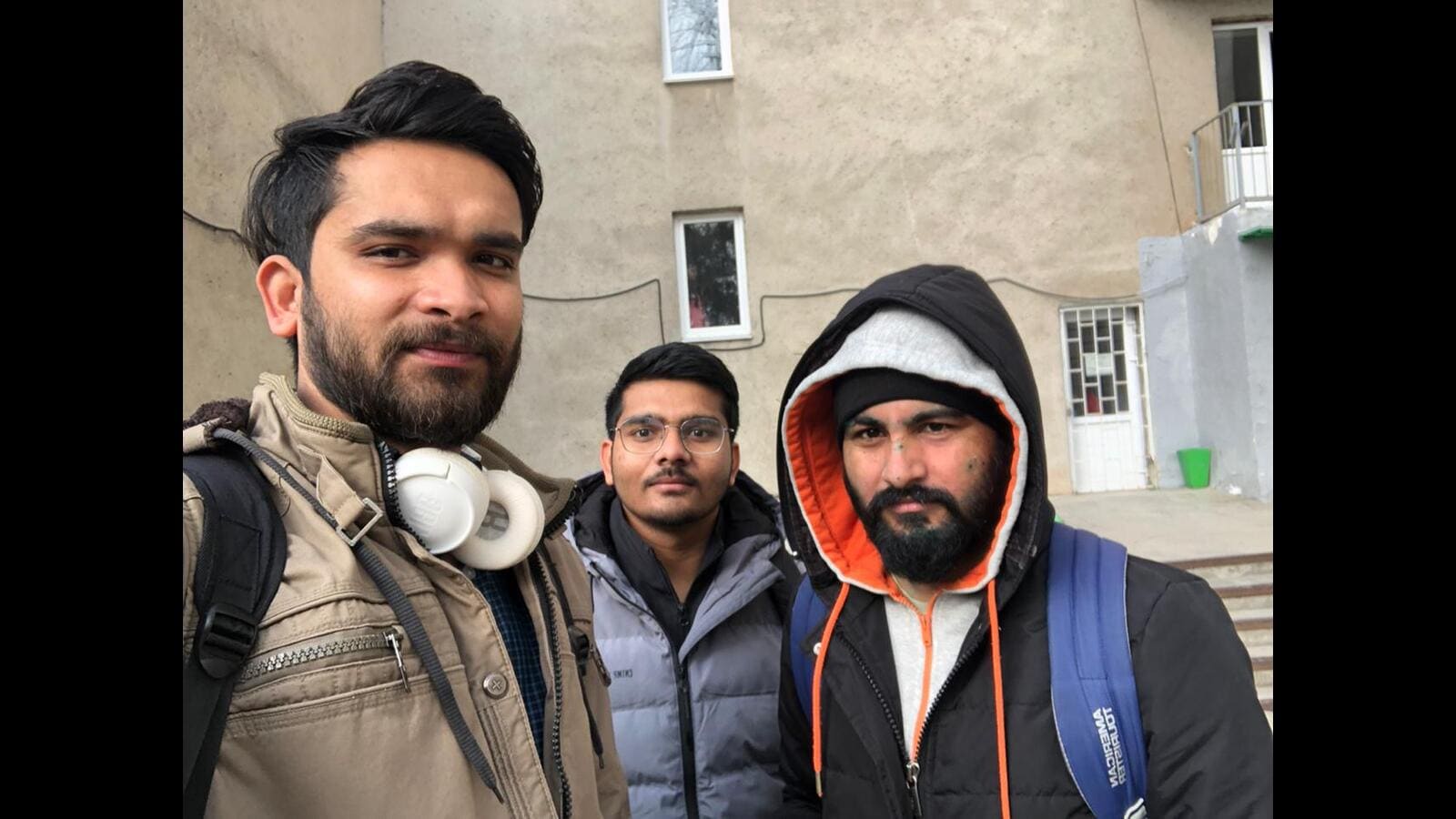 
Agra Shekhar Sharma, 26, returned to Odessa in Ukraine from Agra exactly a year ago, on February 24, 2021. But today, he is in his hostel in the university, waiting and watching, fearful of what the future will unfold. The blasts in the city and the rising smoke have made university officials open bunkers in the basement to provide safety to students.

His mother in Agra is not being told exact facts about the war on Ukraine as she does not keep good health. She was informed that there was some trouble and to pacify her, a video call was arranged to help her interact with her son in Ukraine.

“We heard a couple of blasts earlier in the day and can see smoke from our university campus. The concerned university officials took us to the bunker and advised us to shift here in case bombardment increases,” Shekhar told HT on phone.

“I left home in Jangjeet Nagar locality of Agra exactly a year ago to join my fourth year of medical studies in Odessa National Medical University. I joined this course in 2018 after passing class 12 from Colonel Bright land School in Agra,” he said. Shekhar is among the 2000-2500 Indian students in this medical university of Ukraine.

“Panic is writ large on faces of locals and queues at super markets are increasing as there is a mad rush to purchase edibles and other things. Citizens are withdrawing money to the maximum and uncertainty looms large over the nation,” Shekhar said.

“Stay where you are” or ‘Do not panic’ are the notifications received by these Indian students from the Indian embassy at Kyiv in Ukraine.

“We are getting notifications from the website, twitter handle and facebook page of the Indian embassy to have latest updates and are being assured of being airlifted once flights get operational,” he said.

“We are very concerned about Shekhar and kept talking to him all day. Shekhar informed us that the Indian embassy at Kyiv in Ukraine is in touch with Indians there and has assured earliest possible exit,” said Gaurav Sharma, a farmer and brother of Shekhar.

“We were aware about the growing tension on Ukraine-Russia border and Shekhar was making attempts to return to India but flights, rarely available, were asking for triple the fare. Now air space is closed with prayers the only effort we can make,” said a dejected Gaurav.

“The border tension between Ukraine and Russia is nothing new here and we had been hearing threats about Russian attack every year since 2018 but were not aware that this time the threat would become a reality,” said Shekhar.